Everyone has a different opinion on these beautiful creatures (or slippery customers if that’s how you see them) but there’s a whole host of interesting facts few people know about snakes. That is until now! Take a look at the following 2-minute read to see what we’re talking about.

Ireland, Iceland, New Zealand and the North and South Poles are the only places snakes have never been found.

2. Keep your fangs to yourself!

There’s 725 species of venomous snakes in the world. 250 of them will kill a fully grown man with a single bite.

3. Snakes used to have legs!

They evolved from a four-legged reptile. It’s thought that it looked like a lizard and used to burrow to find food. 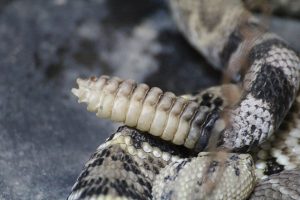 If you look closely you’ll see that pythons and boas actually have the remnants of hind legs.

1/3 of all adults suffer from ophiophobia: the fear of snakes. It’s also known as herpetophobia.

6. Deadlier than your average slow worm…

The Inland Taipan is widely regarded as the most venomous snake in the world.

7. You can’t miss these snakes!

Anacondas weigh upwards of 600 lb, making them the heaviest in the world.

9. You wouldn’t want one in your flowerpots…

The Flowerpot snake is the most common snake in the world. 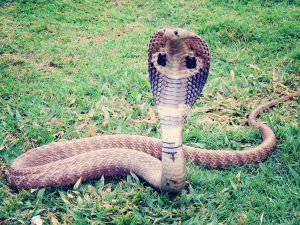 Oddly there are no males, which means they can reproduce by themselves at will.

The Black Mamba has the most advanced venom system known to man, allowing it to strike 12 times in seconds. 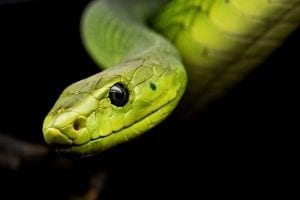 Which animals are afraid of snakes?

Not just humans - it’s coyotes, raccoons, and other snakes, too - they can be seriously creepy!

Are snakes afraid of humans?

Yes - or, at the very least, they are very wary about you - they’ll normally only attack if they think you’re going to hurt them first.

Yes - ammonia odors, which you will normally find in cleaning products and bleach, utterly repel snakes.

Do you know any fun facts about snakes? Share them in the comments below!