There is nothing like shredding the slopes with your snowboard, your crew, and the fresh powder on the mountains! It’s amazing to experience the speed, adrenalin, and feel the sun and wind on your face as you come down the mountain.

Snowboarding has come a long way since its creation in the 1960s. Since then the sport is constantly evolving with more than 7.2 million enthusiasts and international championships held all over the world. Whether you’re an experienced snowboarder or you’re simply fascinated by the sport, here are some fun facts about snowboarding to share with your crew…

1. Snowboarding has been around since the 60s.

Snowboarding was invented by Sherman Poppen, an engineer living in Muskegon, Michigan in the 1960s.

Because he strapped two skis together and used rope for steering, it looked like he was surfing and so the wife blessed the act with the name “Snurfing”, combining the words “Snow” and “Surfing”.

2. Tom Sims is a legend in the sport.

In 1963, Tom Sims crafted a snowboard in his wood class at school. Sims enjoyed skateboarding and wanted to combine it with one of his other favorite sports, skiing.

In 1976, Sims won the World Skateboarding Championship. He founded Sims Snowboards to sell skating and snowboarding gear, the same year.

Sims continued to compete and was crowned World Snowboarding Champion in 1983. 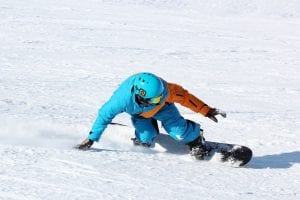 Another young enthusiast, Jake Burton Carpenter, started his own snowboard business in 1977 at the age of 14.

Broken wrists, shoulders, and collar bones are the most common snowboarding injuries.

6. It’s not always been welcome.

Snowboarding was banned at resorts in the early 1980s.

Back in the day, skiing targeted the older demographic, whereas snowboarding was looked at as being for the youth.

8. The 80s really was a big time for snowboarding.

Stratton Mountain Resort in Vermont was the first resort to open up for snowboarding in 1983-84. This resort is still very popular for snowboarders.

In 1985, in the James Bond movie “A View to a Kill”, Roger Moore has featured snowboarding down the slopes.

Tom Sims, in fact, was the stunt double for that part of the film. James Bond’s downhill trickeries helped popularize the sport and brought new snowboarders to the slopes. 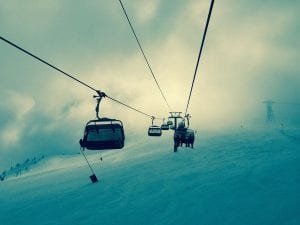 Today 30%+ of all winter sports revenue comes from snowboarding, which is pretty huge when you consider that over 500 million people worldwide take part in winter sports.

11. Snowboarding first emerged at the ’98 Olympics.

Snowboarding was first introduced in the 1998 Winter Olympic Games in Nagano, Japan.

12. There are many different snowboarding contests.

There are over 5 Major Snowboarding Competitions, FIS International Ski Federation World Championships, the Winter X Games, the Burton Global Open Series, Shakedown, X-Trail Jam, and the US Open of Snowboarding among others. 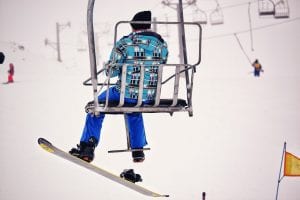 13. Rebagliati is a controversial but important figure!

The first Olympic gold medal in snowboarding was won by Ross Rebagliati of Canada. He was temporarily disqualified as he tested positive for marijuana in his blood, but when the disqualification was reversed, he smoked a joint to celebrate his victory.

14. People have paid thousands for the best boards.

The snowboard in question was the 1977 Burton Experimental Prototype and was sold on eBay on the 1st of July, 2014.

15. A record worth breaking!

In 2017, 1498 snowboarders hit the slopes at the Sheregesh ski resort, in Siberia to break a world record of the most snowboarders dressed in Bikinis, hitting the slopes. 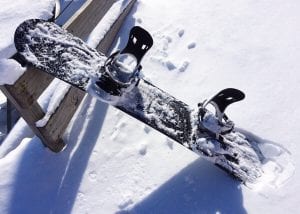 Winter Olympics end up with a bigger list of injuries than the summer sports. When it comes to snowboarding 27.4% of all snowboarders walk off with some sort of injury.

That means that 1 in every 4 snowboarders push themselves past their limits.

Snowboarding for 1 hour means losing up to 450 calories, which in turn would be equivalent to 3 beers. If you don’t want to put on the extra pounds, all you have to do is snowboard between 3-4 hours a day.

Snowboarding has its unique community which has created a very radical and interesting lingo, like shrepp (shredding the pipe). 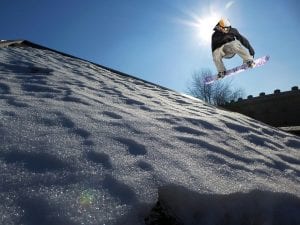 19. Most snowboarders are male.

Over 65% of snowboarders are male, so we can easily say there’s a gender divide!

In 2017, Yuki Kadano, a Japanese snowboarder, was able to pull off a quad jump – the Backside Quad 1980° – the biggest rotation ever performed on a snowboard.

21. Snowboarding is more complex than it looks.

More than 10 snowboarding styles have evolved in the last 40 years among snowboarding fans, most of which have also been introduced into national and international competitions. 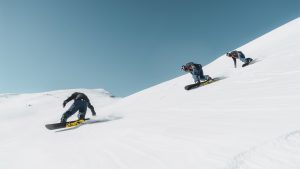 Is snowboarding harder than skiing?

In some ways, it’s said to be easier to learn - but it can be extremely hard to master the sport!

Can you learn to snowboard at any age?

It is certainly possible, though you will need to really apply yourself physically and mentally!

Can you learn how to snowboard on your own?

It is certainly possible! However, it is likely you will only get to grips with the basics - it’s very hard without instruction.

Do you know any fun facts about snowboarding? Share them in the comments below!