You might not think about soil too much unless you are a keen gardener! However, it’s likely to be more important than you think. After all, it’s home to many nutrients, millions of life forms, and is ultimately the base of the food chain. Soil really deserves more respect than it actually gets!

In this short guide, we’re going to take a look at some fun facts about soil – so get ready to dig in and get your hands dirty!

Soil is extremely important for preventing flooding. That’s because it’s said to retain 0.01% of the planet’s water. That doesn’t sound like much, but it equates to 92,000 tons!

Soil is half water and gas, and half rock and decay. No wonder worms love it – there’s always plenty to eat down in the ground and dirt!

Topsoil is, as its name suggests, the uppermost layer of soil. This tends to be where most of the nutrients arise and where much of ‘action’ happens! It can take five whole centuries for a single inch of topsoil to grow or emerge. 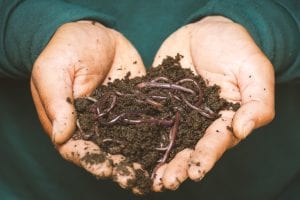 Despite the fact that topsoil will regrow, it’s classified as non-renewable. That’s because it’s physically impossible for us to regrow topsoil in a human lifetime.

5. Soil’s place in the chain is critical.

When considering the wider food chain, soil is right at the bottom. It’s food for worms, of course – and as a natural resource, it doesn’t have a mouth! Without soil, life on Earth would die out – scary but true!

6. Soil is home to billions!

Believe it or not, there are fewer people alive today than there are micro-organisms in a single teaspoon of active soil. That’s more than 10 billion – and it’ll take a while for humanity to catch up! There’s a lot of work going on beneath the surface!

Soil is, technically, a living entity. However, as it is technically alive, it can also die off. Weather, human intervention and chemicals can all harm and destroy soil. While some farmers feel pesticides help their crops, they do little to help the actual soil.

8. There are many layers to soil.

Soil is probably more complex than you might think. It’s actually split into six layers. The top, of course, is topsoil, and the bottom is bedrock. You’ll find there are fewer organisms and nutrients the further down you go, as topsoil is the most ‘useful’.

It’s thought that organic farming can do a lot to help make soil healthy. On average, organic farms are thought to boast 20% more material on an organic basis than anywhere else. 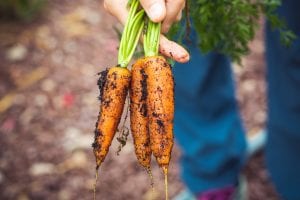 Our soil wouldn’t be half as useful if it weren’t for worms! Earthworms are really useful – they not only feed on the nutrients in the earth, but also help to aerate and offer extra drainage to the soil they inhabit.

It’s thought that up to 95% of all food produced on Earth depends on soil. That’s because of all the essential crops we grow and the animals that it supports. As mentioned – if soil disappeared, we’d be in a lot of trouble.

Topsoil is actually depleting. Apparently, we may be losing topsoil, globally, up to 40x as fast as the speed at which it’s grown. As it takes 500 years to grow an inch, this is mathematically unsurprising, but still worrying.

13. Soil is adding to global warming.

While we are all doing our part to reduce CO2 emissions, it’s thought that at least 10% of the build-up comes from the soil. Even so, this is no reason to start digging it all up!

However, there are ways to reduce soil emissions. For example, composting and replanting woodland can help to give the planet a bit more breathing space.

Around 25% of the living beings on earth right now live in the soil – so tread carefully!

How do you define soil?

Soil is, in simple terms, organic matter - it’s the detritus you find covering most life on Earth!

Are there different types of soil?

Yes! Sand and silt are types of soil, too. There’s loam and even clay if you want to complete the set!

But really - what is soil made of?

Soil is generally made of plant life that’s decaying, as well as rock that’s breaking down over centuries.

Do you know any interesting facts about soil? Share them in the comments below!

Are you fascinated with how plants grow? Check out these fun tips about gardening for beginners…