The South China Sea is a magnificent aquatic expanse! It’s well-known for its many different species of marine animal – however, it’s also well-known for being fairly disputed-over, which has sadly led to some controversy over the years.

1. It’s actually got lots of different names, depending on who you ask.

It used to be called the Sea of Cham – relating back to the ancient Cham Dynasty!

It’s also called the East Sea by some, and the West Philippine Sea by others.

It’s got tons of coral life – believe it or not, more than 75% of all coral species live in the South China Sea!

It’s a huge shipping destination, as it links the Indian and Pacific oceans – around half of all the sea shipping on the planet crosses the South China Sea. 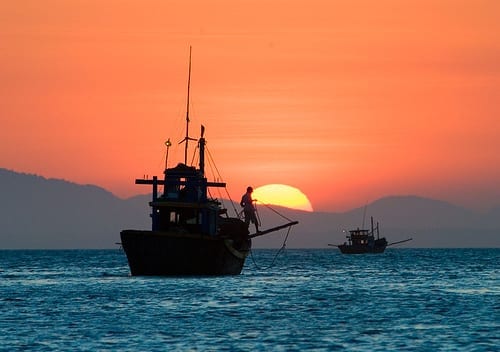 You’d be able to fill around 28 billion barrels of oil from the reserves found in the sea.

5. The size of this sea shouldn’t be underestimated!

6. Lots of people go fishing in the South China Sea.

Fishing is a big deal here, but also a big problem. There are many endangered creatures such as turtles in the waters – and the fish are thinning out, too. Believe it or not, around 10% of all commercial fishing on the planet takes place here!

It’s likely to be hit by monsoons – there’s up to 120 inches of rainfall here per year!

It goes as deep as 16,457 feet – dizzying stuff! In fact, some scientists believe the water here is so deep, it may have gone ‘unmixed’ for hundreds of years.

9. It has a lot of claims from various territories.

As the area is so popular for trading and oil, there have been some scuffles over the South China Sea. China, for example, has been accused of setting up an undersea base and nuclear submarines here! 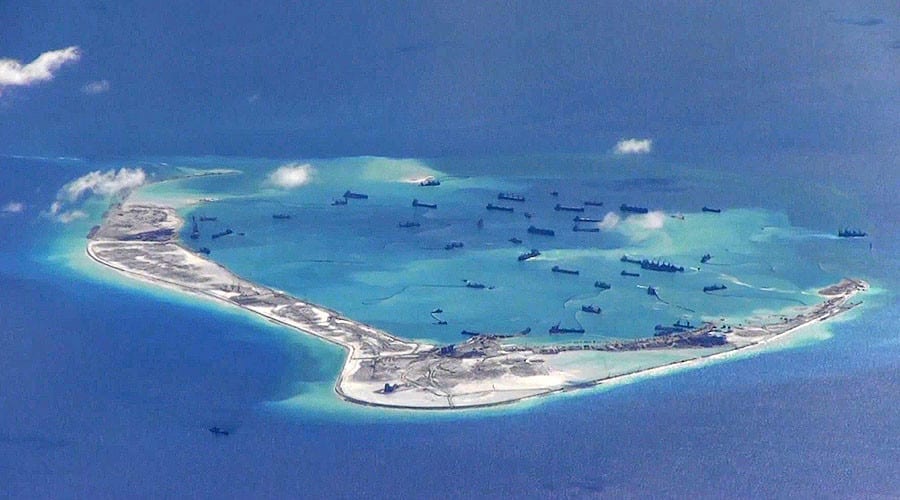 10. The wonderful corals are, sadly, struggling.

The coral reefs in the South China Sea are under threat. That’s because many people take the coral to grind up for trade. As you can imagine, that’s going to lead to a lot of habitat destruction.

11. Could a Peace Park work in practice?

There are proposals afoot for a ‘peace park’. This would lead to an area where countries agree to stop oil drilling and all fishing activities – just so that the natural world can recover a little bit!

12. There are hidden worlds out here!

The South China Sea is even home to many half-submerged islands and sand banks, meaning that sailing across the water isn’t always going to be plain and easy. It takes a steady nerve to traverse this region!

FAQs about The South China Sea

Who owns the South China Sea?

That’s a very good question - Taiwan reportedly laid claim to the sea’s islands back in 1999, however, there have been various squabbles since.

Is the South China Sea the largest sea in the world?

Technically, it is likely to be the biggest sea in the world, once you take into account the five major oceans surrounding it! While it’s nowhere near as big as the designated oceans, you will be hard pushed to find a bigger ‘sea’ by definition.

Why is the South China Sea so important?

Do you know any interesting facts about the South China Sea? Share them in the comments below!