Spaniels are popular family pets and also clever working dogs. They are renowned for being tenacious, good-natured and loyal! In fact, if you’re looking for a perky pet or two of your own, adopting some spaniels might just be the way to go. Read on for some fun facts about spaniels.

1. Were spaniels among the original pilgrims?

History suggests that spaniels were introduced to America when the Mayflower sailed from England, arriving in New England around 1620. They’ve been with us ever since!

2. The names give away their original locales!

Their names also give away the fact that they originally hailed from Spain, first being bred there to hunt around the 15th century. 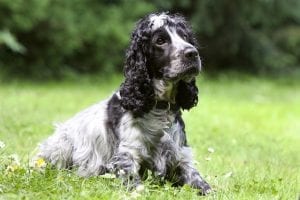 The American Kennel Club first recognized the cocker spaniel as a dog breed back in 1878, with a white specimen known as Captain being the first to get registered.

Spaniels are generally regarded as ideal pets to have around children. Cocker spaniels in particular have wonderful temperaments and are generally easy going. However, they can still nip if provoked, and are great at protecting your home and family.

7. A spaniel in the White House!

One of the most famous spaniels of all time was Checkers, disgraced US President Richard Nixon’s dog. Oddly enough, Nixon referred to his pet while defending himself against corruption charges via newscast. This particular diatribe is infamously known as the Checkers Speech!

The cocker spaniel is the smallest of all dog breeds registered within the American Kennel Club’s ‘sporting’ group.

Spaniels that were originally bred for hunting were divided into two groups – those that would traverse land, and those for water. It’s in the land category that cocker spaniels would traditionally fall into.

In fact, the name ‘cocker’ actually derives from the birds that spaniels used to hunt – specifically, the woodcock! 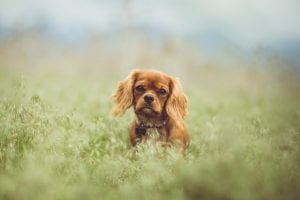 Therapy dogs are immensely supportive for people suffering from ailments or conditions where they need emotional backup. In fact, it’s recorded that spaniels are among the 10 most popular support dogs in the US!

A springer spaniel called Buster was praised for saving over 1,000 lives during his time on duty as a military dog. Devoted to his Military Police handler Flight Sergeant Will Barrow, Buster sniffed explosives, including those hidden on suicide bombers! Together, they saw action in Bosnia, Afghanistan and Iraq.

Cocker spaniels as we know them came into being thanks to selective breeding. This means that US owners over the years have chosen to breed and adopt spaniels that have smaller bodies, rounder heads, and silkier coats. They’ve come a long way from the Mayflower, then! 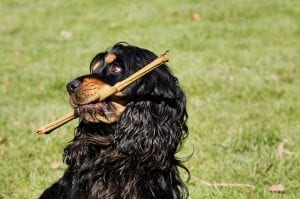 What are the main differences between English and American cocker spaniels?

Do spaniels shed a lot of fur / hair?

Spaniels aren’t particularly known for shedding much fur, but it’s still worth taking your dog to the groomers occasionally! In fact, shedding frequency may depend on individual pets!

If you’re the sort of animal lover who enjoys a quiet life, be warned that spaniels can be fairly loud! Cocker spaniels, in particular, are famously vocal, often barking at people or other dogs that they perceive to be threats. Thankfully, they should be relatively easy to train - providing you are consistent!

Do you know any interesting facts about spaniels? Share them in the comments below!