Spiders are a love them or hate them kind of creature – but they certainly deserve more love than they actually get! They are a creepy crawly critter species unlike any other – to the point where arachnophobia is a genuine fear of the beasties. However, look beneath their slightly unsettling exterior, and you’ll soon find that they are really fascinating animals – and are hugely important to our ecosystem!

How much do you know about spiders? Whether or not you’re terrified of tarantulas or muddled by money spiders, here’s a few fun facts about spiders which might just change the way you feel about them for good.

Spiders actually do much more good than harm – so please, don’t squish them! They are fantastic at helping to pollinate, for example, which means that they help to keep flowers and plants reproducing.

2. They keep pest levels down.

Spiders are also fantastic pest controllers. They eat all kinds of bugs and nuisance pets, particularly flies! The old adage is that you know you have a clean home if you spot a spider or two! Spiders are also hugely important in the diets of many birds and mammals in the wild, meaning they have a very firm place in the food chain.

‘Spider rain’ is a phenomenon which might well terrify people, but according to some Australian residents, seeing arachnids falling from the sky is, while rare, pretty genuine. According to experts, it’s simply one of many ways spiders will choose to get around – and they are sometimes known to parachute in groups. Look out below! 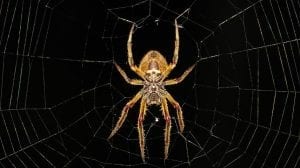 4. There are lots and lots of spiders in the wild…

There’s a truly huge number of spider species out there. It’s thought that there may be as many as 38,000 out there in the wild, though experts believe that there are thousands more just waiting to be discovered. Why not check under the bed?

Tests have shown that spiders can adapt to low gravity, specifically, researchers at the International Space Station found that both jumping spiders and orb-weavers were able to live happily up in the heavens without much difficulty.

Take a deep breath – there are likely to be more than a million spiders living in a single acre of plot – meaning that you are likely to be around 10 feet away from an arachnid right now. These figures may even get higher the closer you get to the equator.

7. Tarantulas have an unfair reputation.

The tarantula is often cited as being one of the scariest-looking spiders on the planet. However, some of us might think they look pretty fuzzy and fluffy looking! However, try not to stroke them with bare hands – as some tarantulas can emit tough hairs which can get deeply embedded in your skin.

Tarantulas, too, have an extraordinary lifespan. It’s thought that some are able to live for up to 20 years! That’s much longer than your average spider, which is said to have a lifespan of up to a year.

There are some spiders which you have full rights to be scared of, and to stay away from! The spider you should be wary of the most is the black widow. This beastly spider, local to the US, is thought to have venom that’s 15 times as strong as that which you’ll find in a rattlesnake. Generally, however, you’re likely to only be very under the weather from a black widow bite – though that still doesn’t mean you should go around bothering it! 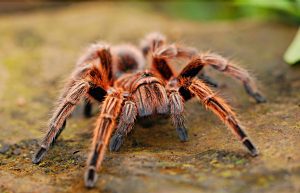 Spiders are fascinating for their web weaving skills, but have you ever looked at their silk up close? Spider silk is amazingly strong and elastic when condensed. However, not all spiders will spin or create webs – though all have the ability to shoot and spin silk.

Spiders live just about everywhere! The only continent where you won’t find any spiders is – oddly enough – Antarctica. There’s no spider yet that’s evolved to cope with the extreme temperatures. 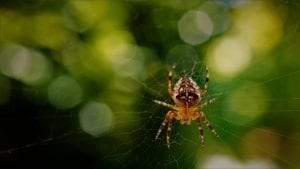 That all depends on the species, but on the whole, they are more defensive than aggressive - they won’t attack you unless you strike first.

Is it safe to sleep with spiders in my room?

Yes - most house spiders are absolutely harmless. However, that probably doesn’t make sleeping with them in the vicinity any easier!

While spiders aren’t outwardly aggressive to humans, they also tend to keep themselves to themselves. They like being isolated - it’s best to leave them alone, though tarantulas can actually make for fantastic pets!

Do you know any fun facts about spiders?  Share them in the comments below!