From the Giant’s Causeway to the Pyramids, mysterious places have survived hundreds, if not thousands of years, all around the world; and despite its less than appealing motorway-adjacent location, Stonehenge is nothing if not an unsolved enigma, not least because experts are still unable to understand why it was built!

With some historical groups of people believing it to have extra-terrestrial links and others still further back believing it to have been built at the hands of the great (though fictional) wizard Merlin, the actual truth of these wonderful circles of giant stone is yet to be uncovered, and possibly never will be.  So for now, let’s take a look at these 11 fun facts about Stonehenge.

1.    Stonehenge is a historic marvel.

Stonehenge became a UNESCO World Heritage site in 1986 and is the world’s largest and most famous Neolthic stone circle.

2.    We’ve been researching it for centuries.

The first observation to be made about Stonehenge back in the 18th century, was that the summer solstice Sun faces the entrance to the construction leading many to believe that it was an ancient form of Sun-tracking instrument designed to enable astronomers to track the seasons.

More recent excavations have developed further upon this fairly simplified 18th century concept after vast numbers of human remains were found dating back 1000 years or more. Could it be that Stonehenge was a burial ground or temple for those passed on?

Studies performed by experts at the University of London have shown us exactly where the two types of stone used at Stonehenge were taken from; namely, the smaller bluestones, brought over from a quarry in the Preseli hills in Wales, and the much larger sandstone blocks, taken from the relatively more local Marlborough Downs. Please see our correction below for exciting news!

The large, sarsen sandstones weigh around 25 tons each and quite how the stone age builders of this time carried them the 20-or-so miles from their source remains as mysterious as the henge itself. More incredibly still are the numerous bluestones, each weighing up to 5 tons, which were brought from Wales meaning they had to cross the sea as well as many miles of land before reaching their final destination in Salisbury.

Many artefacts and remains which pre-date Stonehenge have been discovered at the site, some of which were uncovered in the 20th Century. This demonstrates that people lived in the area, worshipping and working here, long before the magnificent stone circles came to exist.

Stonehenge had previously been dated as around 5000 years old, but with phases of time in history where it was left undeveloped, experts now believed that it was built over a number of years; 1500 to be exact!

Romans, who came and conquered the area would have no doubt been highly suspicious of the mysterious crop of stones; and the very fact that this group of warriors, famous for building roads and towns across England, left the site exactly as they found it, speaks volumes about their concerns. In fact, Roman coins have been discovered in and around the site, possibly left to appease the spirits of the henge?

9.    The henge stones have hidden carvings.

100+ crudely carved images of axes dating back to the initial building of Stonehenge were found on some of the rocks, many of which are only visible through laser scanning techniques. 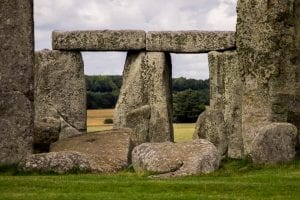 10. Darwin studied worms at the site.

One of the first reported professional studies performed at Stonehenge had nothing to do with the history of the circle; rather, it was Charles Darwin’s study on the digging effects of worms and their ability to dislodge and bury items, such as rocks, over time. He concluded that worms digging in soil could lead to items sinking, including the artefacts and remains we find during archaeological digs today.

In the northern hemisphere, the 21st June marks the summer solstice and the longest day of the year. The Sun rises behind the entrance to the stone circle – the Heel Stone –  with the sunlight being channelled into the centre of the stone circle. Quite a sight worth getting up early for!

The winter solstice happens on the 22nd December, and marks the shortest day of the year – or the longest hours of darkness – in the northern hemisphere.

Update, 30 July 2020:  A meter long core of the sarsen stone taken by Robert Phillips in 1958 has been returned and following tests, the giant stones origins have been traced, with certainty, to an area 25km north of the site.  Stonehenge’s smaller stones had previously been traced to Preseli Hills, Wales. 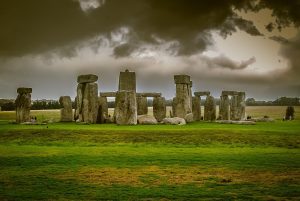 Is Stonehenge a clock?

Some theories suggest that Stonehenge may have been used as a solstice and eclipse clock of sorts - we may never really know for certain!

Stonehenge is British heritage, so it therefore technically belongs to the British Crown.

Can you touch Stonehenge?

Stonehenge is carefully protected - so you won’t be able to touch it or climb the stones at all.

Do you know any fun facts about Stonehenge? Share them in the comments below!