Contribute  Suggest an edit
Find us on Facebook Follow us on Twitter
Sugar, sugar – it’s sweet stuff, and there’s likely to be more of it in what you eat and drink than you imagine. However, too much of it is a very bad thing!
Here are some sweet, yet essential fun facts about sugar well worth knowing – it’s always something we can stand to cut out of our diets!

1. What types of sugar are there?

2. Where is sugar grown?

Crops of sugar beet are mostly grown in the northern hemisphere, accounting for approximately 20% of the world’s sugar production. The remaining 80% of sugar comes from sugar cane grown in the tropical and subtropical regions.

3. Sugar’s been a favorite of ours for a long time!

Early records in Polynesia show that sugar was used after Emperor Darius of Persia discovered it growing in India after he invaded in 510 BC – up to then, honey from bees had been used to satisfy sweet teeth! 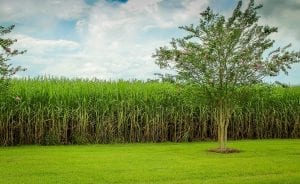 a field of sugarcane

4. Sugar didn’t reach the UK until the 11th century.

In 1069, crusaders brought sugar to England and it has been popular ever since! By the 19th century, most British households were using sugar.

Russia produced 19% of the market share of sugar in 2016, when 277 million tons of sugar beet was exported!

6. How much sugar does a can of soda contain?

7. It wasn’t always a dessert staple.

Many people actually used to enjoy sugar as a spice of sorts – it was seen as an opulent savoury seasoning!

Sugar used to be incredibly rare across Europe – it was only ever available to the very rich, or even royalty, back in the 13th century.

9. It took its time to work its way into the mainstream.

However, it later emerged as a working-class treat – and since then, it’s made its way into most things we like to eat! 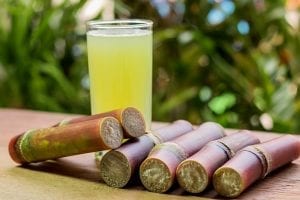 10. Americans love a bit of the sweet stuff.

2012 statistics appear to suggest that most Americans eat over 76g of sugar per year – that’s more than 20 teaspoons of the sweet stuff each and every day.

Sugar is a viable source of power, as it’s even been used to help power cars and other vehicles.

Sugar has a fantastic property as a preservative, meaning it largely helps to keep food last for longer. That’s why you will often find sugar in many different canned goods and foods off the shelf in your local store. It also explains why honey can still be edible centuries on. 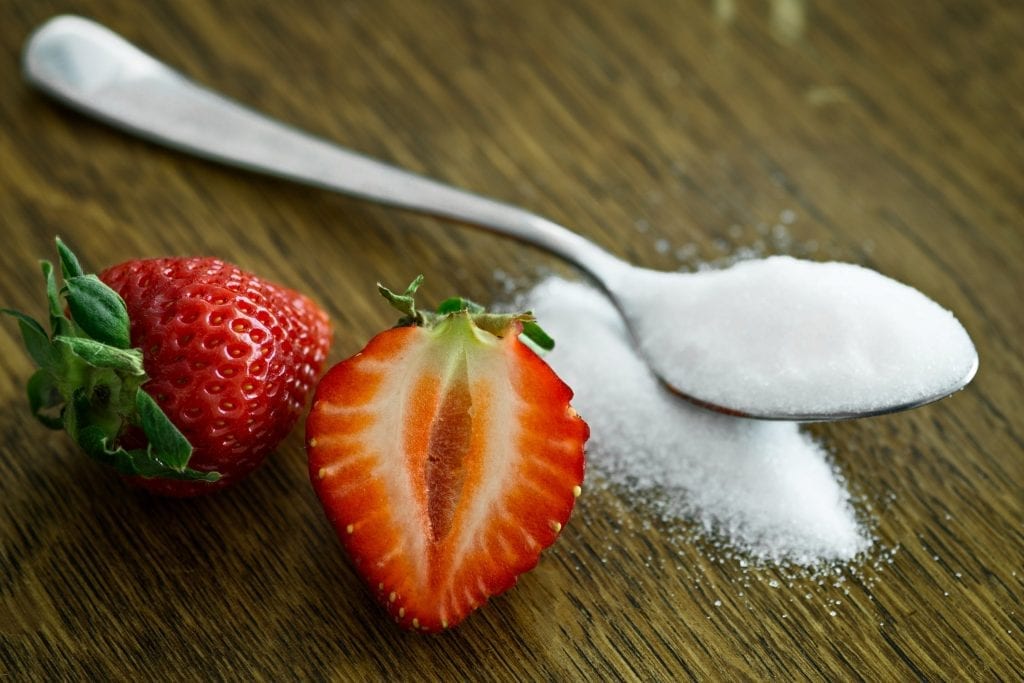 13. Sugar cravings are deep inside our DNA.

Sugar might actually start a craving that’s impossible to shake – in our DNA, apparently, we may have the disposition to seek out sweet foods and sugar to counteract pain!

Fruit is notoriously sweet, though it’s packed full of naturally occurring sugars – not the artificial derivatives you’ll find in various foodstuffs. Therefore, while fruit is still good for you, too much of it isn’t always a good thing.

15. Who ever thought lemons were sweet?

Believe it or not, there are some fruits more sugary than others. What’s really strange is that lemons are apparently around 70% more sugar-filled than strawberries – but that doesn’t make them any sweeter! 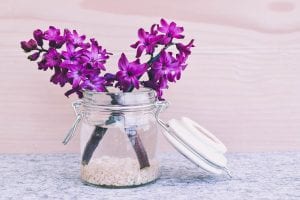 Preserve cut flowers by adding sugar to the water

It’s completely possible to get withdrawal symptoms from sugar – believe it or not, those really addicted to the sweet stuff can end up feeling very ill indeed!

What are the dangers of sugar?

Is sugar a poison?

Sugar is actually one of the most toxic ingredients you can add to any food. Too much sugar encourages many diseases including type 2 diabetes.

Oh yes, sugar can be as addictive as any other drug as its sweet taste is highly enjoyable!

is sugar bad for your skin?

Consuming a lot of sugar can lead to inflammation in the body, which in turn affects the skin. Excessive sugar consumption can also cause skin blemishes such as acne and also eczema.