Along with spring, summer tends to be one of the most favoured seasons of the four. Why is this? It’s obvious! Summer is the period of the year when we’re normally supposed to get incredible levels of sunshine and warmer temperatures. In the UK, it’s also the time of year when days are longest.

This means that you can expect it to not start getting dark until around 9pm heading into June and July. But what are some fun facts about June, July and August worth knowing ahead of the milder months to come?

Believe it or not, it’s likely you’ll see more thunderstorms take place during a British summer than at any other time of year. That’s why the phenomenon of ‘summer storms’ is so well-known!

However, as you can imagine, Britain has had its fair share of cold summers. The coldest summer temperature recorded was around -5.6 degrees centigrade – both in 1955 and in 1962. 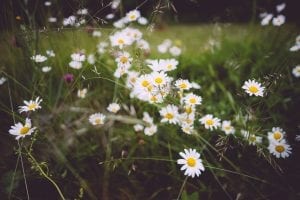 4. It’s a big spiritual period in the UK.

In the UK, summer is of course a big time for celebrations – particularly for pagans and druids, who continue to gather at the ancient site of Stonehenge in Wiltshire. It is here where worshippers will come together to mark the summer solstice.

Summer marked the start of the first-ever Olympic Games, with the first ancient games taking place in the summer of 1896, in Athens. Since then, the Games have been held in the summer every four years. This, however, changed temporarily as a result of the COVID-19 pandemic in 2020, with the Tokyo games facing postponement.

6. Summer ends later than you think.

Summer, believe it or not, technically runs until September 20th. It’s a misnomer that it ends at the start of September – though this is likely a popular notion as it’s when schools reopen after the six-week holidays.

7. Who invented the ice pop?

One of the most enduring treats of the summer season are ice pops – and believe it or not, they are the innovation of an 11-year old child! They first emerged in the summer of 1905 and have been enjoyed all over the world ever since.

8. Marriages tend to suffer in the summer.

In the USA, the summer tends to be one of the most popular times of year for divorce rates to spike. It’s thought this is because parents want to re-enroll their children, under new custody, in new schools before they re-open in September.

9. In summer, landmarks can grow! 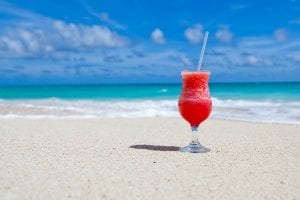 Despite most people likely wanting to flock outdoors during the summer months, this season has always been the most popular for cinema-goers. That’s why you hear so much talk about summer blockbusters – it’s when many studios will push out their biggest films to capture the most ticket sales.

Why is June 21st the longest day?

June 21st is the day when the sun is at is peak over the Tropic of Cancer, which means the nights are at their shortest, and they start drawing in from here.

Is your body temperature higher in summer?

Not necessarily, as studies have shown our average body temperatures may actually be higher during the winter.

When is the first day of summer?

Summer traditionally starts around the Summer Solstice, which takes place on June 20th or 21st - this can change occasionally.

Do you know any fun facts about Summer?  Share them in the comments below!