Let’s-a-go! Super Mario – or just plain Mario to his friends – is an icon of popular culture who has millions of fans from East to West. At one point in time, he was thought to be more recognizable than Mickey Mouse! The mustachioed plumber is Nintendo’s flagship video game icon and is still regarded as perhaps the most popular gaming character of all time. Even those who have never played a video game in their life will recognize the blue dungarees and red overalls!

Mario and friends have had an interesting history between them – and with Nintendo carrying on bringing adventures of the plumber to players through the Switch console, there’s never been a better time to start checking out these fun facts about Super Mario, the Italian have-a-go-hero.

Mario made his debut in Donkey Kong, a classic arcade game where he initially had the name ‘Jumpman’. In the sequel, Donkey Kong Jr, Mario became the villain – for the first and last time in his career (thus far)!

Mario has played all kinds of sports and games outside of his general princess-saving activities. He’s featured in tennis games, football games, and titles based around baseball, the Olympic Games, basketball and more. He’s even taken part in building demolition and archaeology!

3. Mario changed the game for millions.

Super Mario Bros, the flagship platform game released for the Nintendo Entertainment System in 1985, is thought to have sold 40 million copies worldwide. It’s still regarded by many as the archetypal platform game, having inspired countless millions of programmers and gamers since. 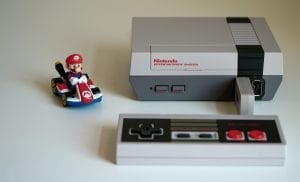 The main theme from Super Mario Bros is likely to be one of the most recognized pieces of music in the modern age. In fact, in the official Billboard Ringtone Charts, it hung around for a whopping 125 weeks!

A movie based on the Super Mario Bros franchise was released in 1993 – to mixed reception, to say the least. In fact, this was the last time you’d see the Mario Bros on the big screen.

That is, until plans emerged in recent years that Nintendo would be working with Illumination Studios – the team behind the Despicable Me movies – to bring the plumber back to the big screen in 2022.

6. What exactly is Bowser, anyway?

Mario has a variety of nemeses, including the dastardly Bowser, known as King Koopa in Japan. There’s a bit of a debate over whether Bowser is a dragon or not – he’s actually a turtle, albeit one who can breathe fire!

7. And how are Mario and Wario actually related?

Other nemeses include Wario, a twisted version of Mario established over the years to invariably be his cousin, his evil twin, and then completely unrelated.

Wario went on to star in his own series of games, WarioWare Inc – where gamers play ten-second games to rack up high scores.

Mario has only had a voice since 1995 when actor Charles Martinet first took up the role. Most people will have heard Mario speak for the first time in the smash hit Super Mario 64 – however, it was in a collection of card games for the PC when Martinet first brought his dulcet tones to audiences.

Martinet has been the sole voice of the character ever since – and he’s also the voice of Luigi, Wario, and Waluigi. It’s only with the Mario movie set to debut in 2022 when this is due to change – as the plumber will be voiced by Chris Pratt. 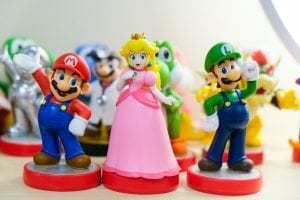 Mario with Princess Peach and Luigi

Mario has more than 200 different games under his belt – whether as the main star or as a cameo.

11. Where’s Mario actually from? It’s up for debate…

Mario and Luigi’s official backstories state that they are Italian plumbers based in Brooklyn. This is backed up both by a TV show from the late 1980s, and the aforementioned movie disaster.

However, several of the games refute this – particularly Yoshi’s Island, released a handful of years after the movie for the Super Nintendo Entertainment System (SNES). In this title, friendly dinosaur Yoshi is tasked with delivering baby Mario to his parents in what seems to be the Mushroom Kingdom. 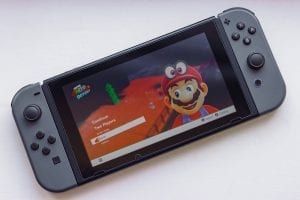 Mario creator Shigeru Miyamoto is prolific at Nintendo – he’s also responsible for the incredibly popular Legend of Zelda franchise, as well as the StarFox games.

Is Mario or Luigi the older brother?

Currently, it’s thought that the two are actually twins - but that Mario was born first!

Who was Mario based on?

Super Mario is said to be based on Mario Segale, the landlord of a warehouse that - you guessed it - Nintendo rented.

Who has voiced Super Mario?

Mario has traditionally been voiced by Charles Martinet for his video games since the mid-90s, however, he has also been voiced by Peter Cullen and Walker Boone, and was portrayed by legendary wrestler Captain Lou Albano for the Super Mario Bros Super Show in the late 80s. Mario will find another new voice in 2022, courtesy of Chris Pratt.

Do you know any (super) fun facts about Super Mario?  Share them in the comments below!

This page was last modified on December 18, 2021. Suggest an edit