Fun to play and watch, but tricky to master, table tennis – or ping pong – is a worldwide phenomenon. A fantastic pursuit for people of all ages, it takes genuine nerve and paddle control.

Whether you’re used to playing a few simple games of ping pong or are more used to a professional table and setup, there’s likely more to table tennis than you might imagine.

How much do you know about its history and its quirks? Here’s some fun facts about table tennis to help clue you in on everything to expect.

The rules of table tennis are around 100 years old. That’s because the official International Table Tennis Federation, or the ITTF, first set up back in 1926. Interestingly, the initial members of the association were England, Wales, Austria, Hungary, Germany, India, Czechoslovakia, and Sweden. The ITTF’s rules are like a constitution for the game and are still in place to this day.

While there are table tennis players from all over the globe, it is China who continues to sweep the majority of the top world prizes. One quick look at trophy statistics going back the past 20 years will tell you that a non-Chinese win is likely to be very rare indeed!

Table tennis first became a sport at the Summer Olympic Games in 1988, when the Games were held in Seoul, South Korea. 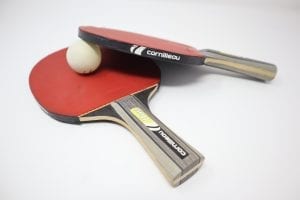 4. Could table tennis hurt your vision?

Believe it or not, the Soviet Union once imposed a ban on anyone playing table tennis in the country. This was all to do with health, however, as officials felt that playing ping pong could harm your eyes. Thankfully, they repealed the ban in 1950.

While you might not believe it, table tennis is above and beyond the most popular racquet-based sport on the planet. It’s also the second-most participated sport of them all – with millions of players heading to tournaments every single year. Anyone can start to play ping pong!

6. It’s much quicker that the average tennis set, too!

It’s thought that the average table tennis match – between experienced players – is likely to last for up to 30 minutes.

7. Faster than a speeding… anything!

Ever wondered how fast a table tennis ball can travel? It’s thought that, on average, a speedy player or expert will slap a ball across the table faster than 100 miles per hour. That’s going to require some intense reaction prowess to return the shot!

Table tennis has been called all manner of things over the years. Not only is ping pong an alternative name that was trademarked in the early 20th century, the sport actually started life as whiff whaff! Doesn’t really have the same ring to it, does it?

9. It’s thought to have re-emerged in the Victorian era.

The game of table tennis first emerged as a Victorian parlour game in the UK. However, it’s also thought the game started life in India, as a popular game between military officers. 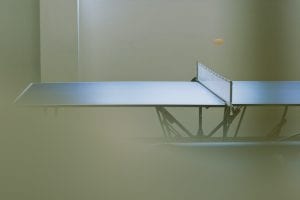 The name ‘table tennis’ came into popular use following the trademarking of ‘ping pong’ in 1901. As Parker Brothers took on the term and enforced the trademark by the 102, clubs and associations started calling themselves table tennis clubs instead!

There is such a thing as speed glue – table tennis balls can travel at blisteringly fast speeds, which means that speed glue and other innovations have emerged as ways to help slow down the game over the years! Only the best of the best can keep up with the natural speed of the ball!

12. There’s plenty of rubber in those racquets.

Table tennis rackets are, of course, covered in rubber. However, there are actually over 1,600 different types of rubber used in racquet manufacturer right now. There’s actually a lot of difference in the dimpling and spotting on a racquet, too, as this can change how the ball is delivered and how it bounces back and forth. 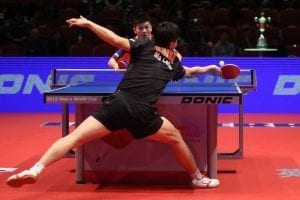 13. The way table tennis balls are made has changed.

Table tennis balls used to almost exclusively arrive in celluloid manufacture. However, in the modern age, they are largely made in plastic.

China, a dominating force in table tennis, actually reached out a diplomatic arm to the West in the early 1970s, inviting players from countries such as the US and UK to play a few friendly rounds of the game. It’s thought that this became the ‘ping pong diplomacy’! It emerged that this was actually a diplomatic plan on behalf of Chinese leaders, not an off-the-cuff invitation! 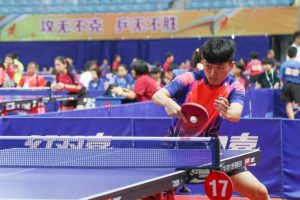 In many ways, it’s just as strenuous! You’ll need to use a lot more muscle to keep control of the ball, even though you’re not running around as much.

Is table tennis good for the brain?

Yes - it’s thought as a tactical game, with hand-eye co-ordination helping to keep your brain sharp.

While it may look so - table tennis is a very hard sport to master, requiring lots of quick decision-making and sudden, precise movements!

Do you know any fun facts about table tennis?  Share them in the comments below!