Termites munch away on wood for their whole lives. From the African termites that build mounds taller than men to the subterranean species that destroy homes; these highly social insects are fascinating creatures to review. Here’s some fun facts about termites to help clue you in:

Termites work 24 hours a day, seven days a week. Their job is to eat anything organic, turning it into new soil.

They don’t even stop to sleep; in fact, they never sleep! They put our 40 hours working weeks to shame!

Scientists consider termites as beneficial bugs instead of destructive pests.

From an ecological perspective, termites are an integral part of our ecosystem; they provide an invaluable service to the environment.

Their eating habits are beneficial since they consume dead or decomposing plants and trees which breaks down those tough plant fibers and mixes them into new soil.

The nutrient-rich soil that they produce helps new plants to grow healthy and powerful. 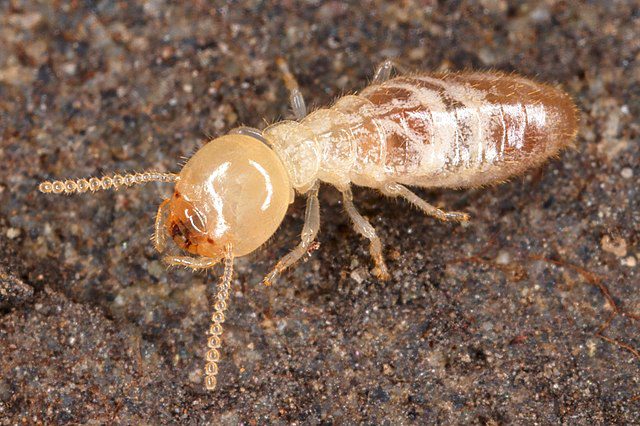 Their ground tunneling behavior also benefits the environment by aerating the soil, and their tunneling is additionally useful for keeping green vegetation healthy.

Termites also are sometimes referred to as “Social Cockroaches.” And although they don’t appear it, termites are closely associated with cockroaches.

One big difference between the two is that every termite within a colony performs a unique and complex job that benefits the whole colony, not just themselves.

Termite Queens are just big baby-making machines. I know that sounds silly, but it’s true. They constantly produce eggs; up to 40,000 per day. Now, that’s a lot of eggs!

Termite Queens are pretty big for a termite; they will grow to be several inches long. The Queen far outsize’s any of the workers.

Termites communicate with scents and vibes. In a more scientific term, they use pheromones and vibrations to send messages to the others in their colony.

Termite workers use these pheromones to guide one another by leaving a scent trail for the others to follow. When they detect a possible threat they send warning signals throughout the colony by banging their heads against the walls around them to make vibrations.

8. How’s that for efficiency?

By secreting chemicals and by sending vibrations with the head thumping, termites are able to get their jobs done quickly and efficiently.

Termites are one among the oldest insects on Earth. Believe it or not, they are older than dinosaurs! Fossil records give us evidence of termites that were alive during the age of dinosaurs; some fossil records go back even further showing that termites were alive before the dinosaurs even existed!

After much research, the scientific community has come to the agreement that termites are existed for over 250 million years.

10. And yes… there are LOTS of termites out there.

Termites outnumber us by a lot! There are far more termites in the world than there are humans.

Research shows that for each human, there are 1,000 pounds of termites. That’s a reasonably crazy ratio in my opinion; no wonder infestations are so common!

The largest termite colony that’s been recorded was thought to contain in excess of 3 million termites! 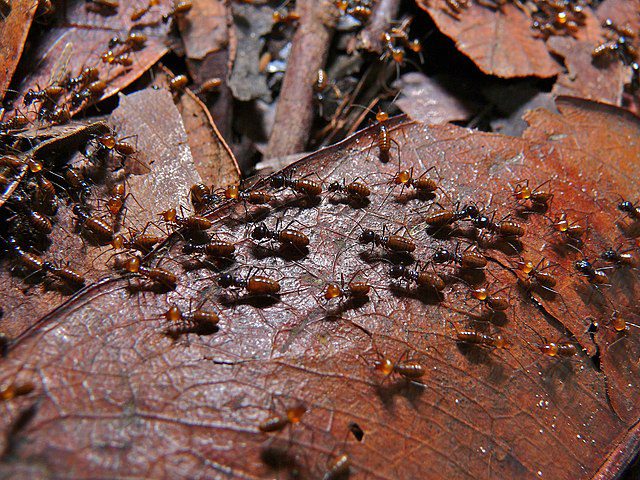 How do I know if my home has termites?

You’ll know if you are under termite attack if your walls or paint are peeling, and that the wood in your home has a hollow sound when tapped.

Not directly - but they can cause structural damage that could cause an accident.

What attracts termites to homes?

They are normally attracted by different types of wood, as well as moisture and the opportunity to grow and breed colonies!

Do you know any fun facts about termites?  Share them in the comments below!

This page was last modified on February 20, 2022. Suggest an edit