Contribute  Suggest an edit
Find us on Facebook Follow us on Twitter
Tesla is nothing short of a phenomenon. Just when everyone thought the electric car was gone for good, entrepreneur Elon Musk went ahead and brought the concept back from the dead – in a massive way! Founded in 2003, the brand is now known for offering some of the most appealing EVs on the planet.
If you’re thinking of investing in your own Tesla, now’s the time to clue yourself up on a few fast facts about the car brand – right here, right now!

If you’re looking for a mega-fast electric car, then you need look no further than the Tesla Roadster 2020. It holds the world record for the fastest electric car thus far – it’s able to get to 100 mph in just 4.2 seconds, and can achieve over 250 mph at max thrust.

Tesla cars are developed to be largely regenerative. That means, thanks to the braking mechanism and rechargeable battery, you’re unlikely to ever need to go replacing common bits and pieces for your vehicle. In fact, it’s rare you’ll need to repair anything beyond the wheels!

Tesla really started coming to public attention in 2006, but they’ve actually been around since 2003. It was in ’06 when the company first revealed the Roadster, their landmark vehicle that’s continuing to turn heads. 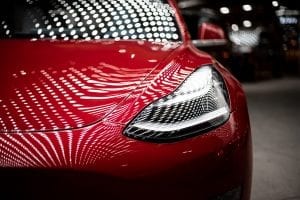 While Elon Musk is certainly the ‘face’ of the Tesla brand, he didn’t actually create the company. It was founded by Marc Tarpenning and Martin Eberhard. However, Musk was on board as Chairman of Tesla as early as 2004, having invested in the company. He’s since become Tesla’s full CEO.

5. There’s a Tesla Roadster in space.

No, really! If you were using social media or following the news in February 2018, you might remember there being a few photos of an astronaut dummy ‘driving’ a Roadster around the Earth’s orbit. The photos are real – as Musk’s other firm, SpaceX, had a hand in sending ‘Starman’ into orbit. You can track Starman here!

6. Tesla’s name is important to the brand.

Tesla is named directly after Nikola Tesla, who was a legendary inventor – who competed against Thomas Edison. He famously invented the teslacoil and what would become modern AC electrics.

7. Teslas can go on for miles and miles.

As standard, the average Tesla should drive for at least 240 miles on a standard battery, with 310 miles available in the long-range battery series.

Tesla cars are noted for being some of the safest on the planet. In fact, Elon Musk has outwardly claimed that the Model 3 is THE safest car on the road. The CEO often shares safety testing data for all to see via Twitter.

Believe it or not, the Tesla Model S actually broke the NHTSA’s roof crush testing machine – meaning there’s unlikely to be anything that will squash a Model S! 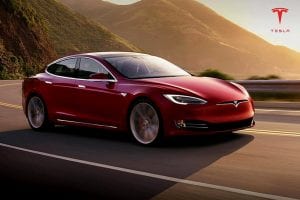 Tesla is well-known for its smart onboard enhancements. One of the most popular is ‘dog mode’, where you can automatically set cabin air quality to better suit your pup. Beyond this, you can also set announcement features to warn people nearby that a dog is on board!

11. You need to regularly ‘update’ Teslas.

Just as you’d need to update a phone or tablet regularly, you also need to update your car! This helps to ensure your car is safe from hacking attempts – a bizarre thought!

It’s true! Tesla has made many of its designs and patents open source, which means anyone can use them to their own ends. 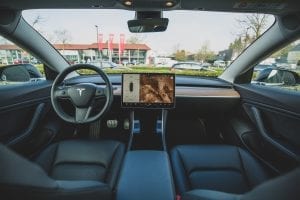 How long should a Tesla last?

Tesla car batteries should last for more than eight years on the road - based on the Models X and S.

What happens when your Tesla battery runs out of charge?

There’s a buffer in place to help stop your car from grinding to a halt - you’ll slow down for a period until you can find a charge point.

Can you jumpstart a Tesla?

No - unlike traditional cars, it’s impossible to jump-start a Tesla - as you simply charge the battery instead!

Do you know any fun facts about Tesla? Share them in the comments below!

Are you fascinated with the motor car? Check out these incredible facts about cars.