Texas is a US state famous for plenty of things – its ranches, its steakhouses, the sheer size of it – however, there are actually plenty of facts and figures which might surprise you about the Lone Star State.

Think you know everything there is to know about this state in general? Think again. Here are a few fun facts about Texas to help clue you up on the state.

At least six different countries have ruled Texas. These are France, Spain, the Texan Republic, the US, Mexico, and the Confederacy. It’s what the Six Flags theme park is named after!

Much of Texas’ money from exports comes from petrol and gas, while it also makes a steady amount of money from tourism. It’s often seen as the cowboy capital of the US, if not the world.

It’s thought that the name ‘Texas’ derives from the word ‘tayshas’, used by Spanish explorers to define Native Americans as ‘friends’. 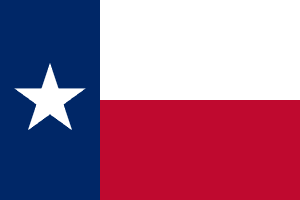 4. Austin isn’t the most populated city in the state.

The capital of Austin was previously known as Waterloo, and while it’s the capital city, it’s not actually the most populous. That honor falls to Houston.

5. There are heights to scale in Texas!

The highest point in Texas is up at Guadeloupe Peak, which stands at up to 8,749ft tall.

Texas boasts a huge number of counties. There are 254 of them!

Thanks to its sheer size, Texas is also the second most populous state in the whole of the US. It’s thought to be just behind California in this regard, with more than 28 million people calling the Lone Star State home.

8. One in ten people in America are Texan.

If that’s not mind-boggling enough, it’s estimated that around 10% of everyone in the US resides in Texas.

The average life expectancy of a Texan national is around 78 years old. 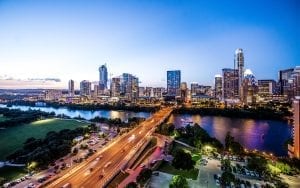 It’s also worth noting that, discounting Russia, no country in Europe is bigger than Texas in terms of size. It’s absolutely colossal.

Amarillo, TX, produces more helium than anywhere else in the world. In fact, it’s thought to boast up to 90% of the natural gas in recoverable supply.

12. Do you know any famous Texans?

There are plenty of famous Texans, such as all-around entertainer Jamie Foxx, singer Beyoncé and actress Jennifer Garner. 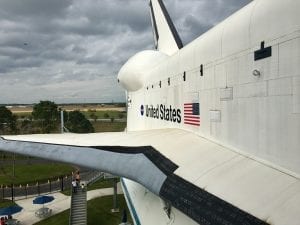 There are more species of birds living in Texas than in any other state. Therefore, grab your binoculars and head for the freeway.

While Texas is undeniably massive in terms of area, it’s not even the biggest state in the US. Yet again, it falls to second place, this time behind the mammoth state of Alaska.

Texas has the dubious honor of hosting the worst natural disaster ever to unfurl on US soil. The disaster in question was the Great Galveston Hurricane, which claimed the lives of up to 12,000 people in 1900. Only Hurricane Katrina has come close. 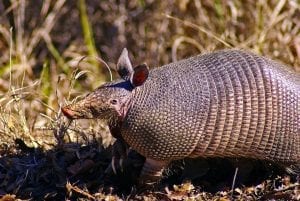 an armadillo – the official state mammal of Texas

16. Ever seen an armadillo down Texas way?

The official state mammal of Texas isn’t the cow – as you’d imagine – but the armadillo.

When Texas gets hot, it gets HOT. The hottest heat on record in the state reached an ice cream meltingly humid temperature of 119.8 degrees F!

18. The State Capitol is enormous.

As everything is bigger in Texas, so is the State Capitol Building. It’s the biggest building of its kind in the US. 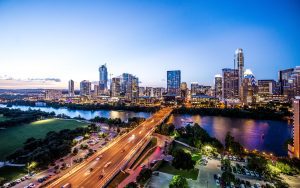 A really strange law in Texas revolves around marriage. Apparently, if you claim someone to be your wife or husband publicly at least three times, the state recognizes it as a legal truth. It’s not too clear how often this rule holds up in a modern court of law, however!

Texas used to be split into municipalities – however, this was during Spanish rule, and also under Mexican governance.

Texas is, of course, famous for its cows as much as it is for its cowboys. In fact, there are more than 16 million cows and cattle, roughly, in the state alone. 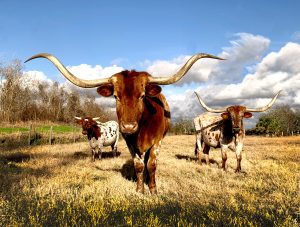 If you’re looking for US roads where you can drive at break-neck speed, there’s a highway in Texas that will let you legally drive up to 85 miles per hour. Specifically, it’s Highway 130, and you’ll find it on the route between Seguin and Austin.

Believe it or not, the town of Clark, Denton County, was able to claim free TV and equipment for all residents by renaming itself DISH. However, only 200 residents were affected and could therefore take part in the deal!

What is Texas so famous for?

Texas is well known for being massive - for its blistering heat, its cowboy heritage, and its BBQs.

Are Mexico and Texas on the same timeline?

Yes - you can more or less expect it to be the same time in Texas as it is in Mexico!

Who founded the state of Texas?

Texas was officially founded by Moses Austin, whom the city is named after.

Do you know any fun facts about Texas? Share them here in the comments below!