The 1980s is known as the “greed decade” and made quite a mark in history. It was the decade of big hair, two-pound cell phones, neon colors, shoulder pads, the Cold War, Rubik’s cubes, Air Jordans, Pac Man… The list is endless!

It continues with the lifestyle cults from poppers to punks, from new-wave to the soundtracks of German Neue Deutsche Welle music, Michael Jackson, Madonna, and Prince. Feeling nostalgic already? Take a deep breath, relax, and let these fun facts about the 1980s take you down memory lane…

1. At the start of the decade, we lost a legend.

On the evening of the 8th of December 1980, John Lennon was shot outside his New York apartment.

The USA along with 65 other countries boycotted the 1980 Olympic Summer Games in Moscow to protest the late 1979 Soviet invasion of Afghanistan.

Ted Turner launched his 24-hour Cable News Network (CNN) on the 1st of June 1980, a move that would forever change news coverage, some might argue not always for the better. 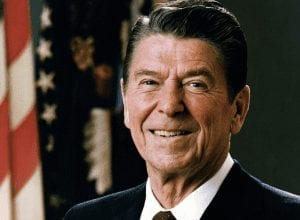 Just two months into his presidency, President Reagan was the target of an assassination attempt by John Hinckley Jr. on the 30th of March 1981.

On the 5th of June 1981, The U.S. Centres for Disease Control and Prevention released the first official report on what would come to be known as the AIDS epidemic.

MTV, Music Television launched on the 1st of August, 1981 with the now iconic and ironic “Video Killed The Radio Star” by The Buggles.

Olivia Newton-John’s hit song, “Physical”, the 1981 tune, was the year’s most popular song.

8. It was the decade of Jacko.

While Newton-John may have had the 1980s’ most popular song, her popularity was still trumped by Michael Jackson, the most popular artist of the entire decade.

9. Do you feel the need for speed?

The cinematic masterpiece Top Gun in addition to earning $176,786,701 in theaters also won an Academy Award for its theme song, Berlin’s “Take My Breath Away.” 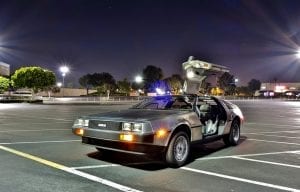 the DeLorean DMC-12, made famous in the movie “Back to the Future”.

10. You might need roads for this vehicle after all!

Made famous by Back to the Future, the DeLorean DMC-12 was an actual car produced in 1981 under the designs of former GM executive John DeLorean.

With the launch of IBM’s first PC in August 1981, a tech revolution that would change the world began.

Time Magazine knew what was going on, going off-piste to put the computer on its cover as “Machine of the Year” in 1982.

12. It was also a decade of pioneering surgery. 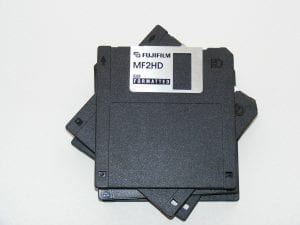 15. The most ‘attended’ wedding ever?

While royal and celebrity weddings are still big ratings hit to this day, they pale in comparison to Diana and Charles’ wedding in 1981 when over a billion people around the globe tuned in. 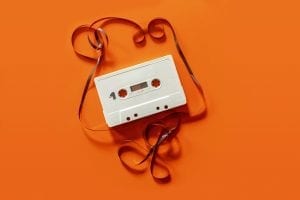 Canada did not have official independence from the United Kingdom until 1982 when the Canada Act was authorized by Elizabeth II.

17. Conflict broke out with the UK elsewhere.

Argentina invaded and occupied the Falkland Islands in 1982 but was subsequently defeated by the United Kingdom. 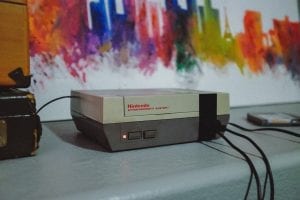 Crack cocaine was first synthesized and produced in the Bahamas in 1983 and didn’t take too long to spread north into the US.

20. There was a landmark beauty pageant.

The first African-American to win the Miss America pageant was Vanessa Williams in 1983.

21. Word’s been around for four decades and counting. 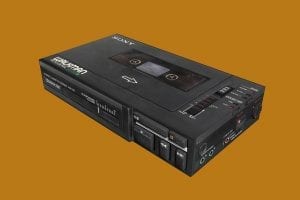 22. Swiss watches have been around for longer than you might think.

The same year the Swiss company “Swatch” introduced their watches and they became a fashion craze.

The 1984 Olympics were held in Los Angeles, and take a wild guess at who boycotted these games. You’ve got it right, the Soviet Union.

24. Fingerprints have only been used in genetics since 1984. 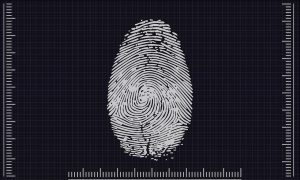 One of the largest chemical disasters in history occurred in Bhopal, India in 1984, as toxic gases leaked from the Union Carbide plant resulting in around 15,000 deaths.

India’s Prime Minister Indira Gandhi was assassinated in 1984 by her bodyguards.

1984 also saw a devastating famine ravage through the country of Ethiopia, resulting in over 1 million lives lost.

The US and the Vatican didn’t have diplomatic relations for over 100 years. It took until 1984 for them to reinstate their diplomatic ties.

27. What happened to the Titanic?

In 1985 the wreck of the famous Titanic was discovered.

The first version of Microsoft Windows was released in 1985.

29. One of the biggest nuclear disasters of all time took place in 1986.

In 1986, the Soviet Union had the Chernobyl disaster, which spread radioactive material across Europe. 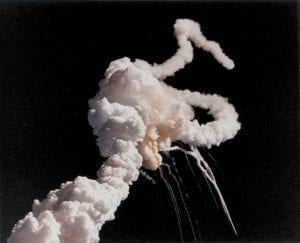 30. Tragedy struck on the way to space.

Wonder soon turned to horror on the 28th of January 1986 when NASA’s Challenger Mission was tragically snuffed out when the shuttle combusted just 73 seconds after take-off, killing all seven astronauts on board.

31. A once in a lifetime observation!

Halley’s Comet was first observed via spacecraft in 1986.

The first widely-used disposable camera hit the market in 1986. 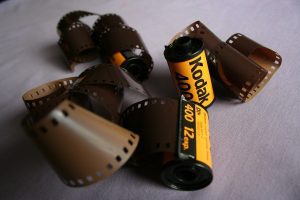 You needed these before the digital camera came along

33. More countries became independent towards the end of the 80s.

Australia and New Zealand both gained their full independence from Britain in 1986.

34. Reagan got serious about the Cold War.

“Mr. Gorbachev, tear down this wall”! This was the iconic entreaty to Soviet leader Mikhail Gorbachev delivered by Reagan in Berlin in 1987.

35. Thatcher continued to oversee the UK.

In 1987 Margaret Thatcher was elected as the British Prime Minister for the third time. 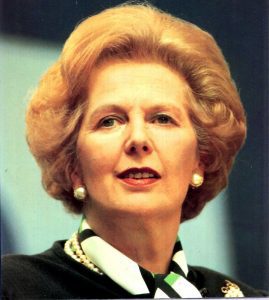 The first genetically modified crops were a product of the 1980s when China grew modified tobacco plants in 1988.

In 1988, the first transatlantic optical cable was laid under the Atlantic Ocean, connecting France, England, and the United States.

38. The ecological disasters kept on coming.

The Earth is still dealing with the after-effects of the Exxon Valdez oil spill on Alaska’s Bligh Reef in 1989, one of the worst ecological disasters in human history. 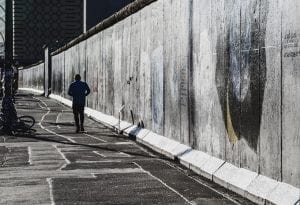 The fall of the Berlin Wall happened on the 9th of November 1989. What do you think, the end of a decade or the end of an era?

What were some of the most popular perfumes of the 1980s?

Chanel No. 5 was amongst the top-selling perfumes of the decade. Other popular fragrances included Opium by Yves Saint Laurent, and Eternity by Calvin Klein.

Fashion changed massively in the 1980s, with ‘New Romantic’ styles coming into vogue, and with the rise of people known as ‘yuppies’ - as materialism became a big factor. Madonna’s ‘Material Girl’ is a fitting tribute to the era!

What nickname does the 1980s receive?

Many people refer to the 80s as the ‘Reagan’ or ‘Thatcher’ decade, as both the US and UK leaders remained in power across the years. However, some people call it ‘the decade of greed’!

Do you know any fun facts about the 1980s?  Share them in the comments below!

Are you fascinated with recent history? Discover more with these interesting facts about the 1990s.

This page was last modified on November 2, 2022. Suggest an edit