On September 11th, 2001, the world witnessed the biggest terrorist attack and resulting tragedy ever to be inflicted upon the west. It was on this date where a series of hijacked planes were flown directly into the twin towers of the World Trade Center in New York, as well as into the Pentagon. The attack resulted in thousands of civilian deaths as well as tens of thousands of injuries. This is an event which, almost 20 years on, is continuing to be felt worldwide. Here are some facts about 9/11 that may be new to you.

It is safe to say that 9/11 changed the landscape in terms of how western powers responded to terrorism. US President George W Bush started his ‘War on Terror’ following the atrocities. Here are a few facts about the 9/11 terrorist attack which are well worth remembering.

2. The incident impacted thousands of lives.

2,977 people died in the 9/11 attacks, with more than 25,000 people further injured. It’s also thought that the attacks resulted in at least $10 billion in total damages.

3. Ground Zero took a long time to clear up.

Ground Zero, the site of the tragedy at the twin towers, took between September ’01 and May ’02 to fully clean up and restore, with around 1.8 million tons of the debris from the attack cleaned up. The whole operation to restore the area cost around $750 million.

However, the World Trade Center had previously come under threat from terrorists nearly a decade before. While the scale of 9/11 remains the worst attack in known history, several people still lost their lives in a bomb attack at the site in 1993 – where six people tragically lost their lives. 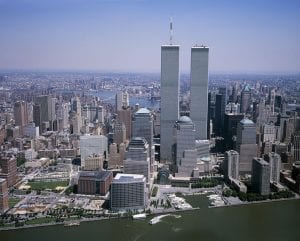 4. There are multiple memorials.

There have been multiple memorials set up to commemorate those lives lost in the tragedy. One of the most memorable was a series of searchlights which were installed at the main site – known as the Tribute in Light. A similar tribute, entitled Reflecting Absence, set up pools in the grounds of the towers – and you can still access a museum and a list of the names of all those who lost their lives here to this day.

There are still many questions left unanswered about the attacks. For example, no one remains too sure as to how hijackers were able to gain control of the planes that flew into the buildings. Reports suggest that hijackers may have assaulted cockpit staff and claimed keys to access the main flight controls. We may never know the full truth.

6. The world got tough on terrorism.

Terrorism legislation spiked following the atrocities in NYC in 2001. For example, Germany tightened its asylum seeking and anti-terrorism policies, as it emerged that some of the perpetrators had lived in the country leading up to the attacks.

Canada, the UK, and New Zealand also tightened up their terrorism controls in the months leading on from 9/11, showing that the event had a cataclysmic effect worldwide.

There have been a number of often conspiracy theories set up regarding 9/11. One popular theory was that which US agents and government officials may have known about the attacks ahead of time, and simply chose not to react. However, these are just that – theories without any supporting evidence.

It is thought that alcohol and tobacco consumption rose heavily in the Manhattan area the weeks leading on from 9/11. However, it is also thought that church attendance rose across the area by up to 20%.

9. It took months to put out the remaining fires.

The fires that persisted across NYC following the attacks took an additional 100 days to fully extinguish – meaning that firefighters were working extremely hard even months after the event to repair the damage left behind. 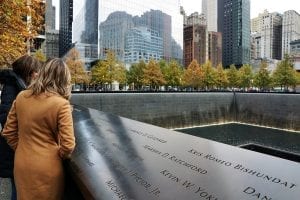 10. It was psychologically damaging.

9/11 not only claimed lives and caused lasting injuries, but also caused extreme psychological distress to thousands of those who were caught up in the disaster. By 2018, there were still around 88,000 people involved in the World Trade Center Health Program.

9/11 also contributed to the spread of toxic gasses and pollutants across Manhattan. It is thought that these may have led to further debilitating illnesses for many of the people of NYC. It is also suggested that President Bush may have asked the Environmental Protection Agency to reassure the public – though air quality levels did not reportedly return to ‘normal’ until June the year after. 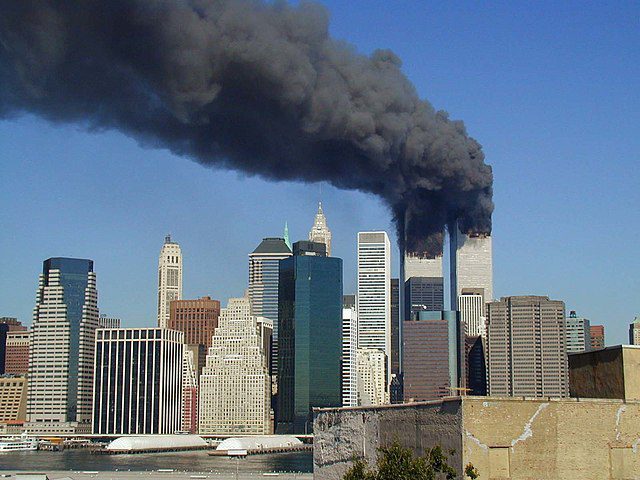 9/11 is also known as Patriot Day. President Donald Trump declared in 2017 that the days from September 8th to September 10th would be known as National Days of Prayer and Remembrance.

Why is the old placement of the World Trade Center known as Ground Zero?

Following the complete destruction of the World Trade Center, the hospital workers, firefighters, and law enforcement officers referred to the area as Ground Zero, which it is still known as today.

It took approximately eight months to clear Ground Zero following the 9/11 terrorist attacks on the World Trade Center. Rescuers and recovery workers would work entire days to help clean up and recover what they could.

Do you know any interesting facts about the 9/11 terrorist attack? Share them in the comments below!

This page was last modified on November 11, 2022. Suggest an edit