One of the most surprisingly popular tourist destinations in the world today is the Andaman Islands – and closely related to them are the Nicobar Islands, which are a little less frequented. But why? What keeps these two close together, yet so different? Here are some fun facts about the Andaman and Nicobar Islands to help unlock the mystery!

As the name suggests, the Andaman and Nicobar Islands are technically separate. They were initially found by the English East India Company in 1789 and linked together administratively in 1872.

2. They fall under Indian rule.

In 1956, the Andaman and Nicobar Islands were officially no longer under British rule. Instead, they became a union land of the Republic of India. Situated about 1,400 km off of the east coast of India, this was definitely the logical decision!

Although the name would suggest that there are only two islands, the Andaman and Nicobar Islands are actually made up of a lot more! There are, in fact, 572 islands in total! But, only 37 of them are actually inhabited. 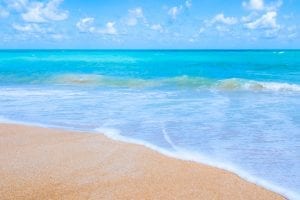 Some of the islands, such as Neil and Ross, clearly have very human names! This is due to the fact that they were named after British engineers. They were named during the time that they belonged to the East India Company.

5. Even Japan owned the islands for a time!

The last known remaining Paleolithic society resides across several of the Islands. They have been here for about 60,000 years and are now living in protective isolation – truly astounding!

7. Who are the Sentinelese?

The Sentinelese are some of the world’s most isolated people! They live on North Sentinel, which is known for its beautiful forestry. They avoid contact with the world around them as much as possible as they are considered to be unfriendly and uninviting, somewhat understandably! Perhaps they’re just misunderstood…

8. A holiday for adventurers!

If you’re looking for adventure, the Andaman and Nicobar Islands are definitely the places to go! Tourists come fly in from all over the world to try snorkeling, scuba diving, kayaking, and more! Just don’t overcrowd the local tribes!

The area is widely known for its vast marine life. You can find sea turtles, clownfish, dolphins, dugongs, and whales all around the Islands. In fact, the dugong, a sea cow, is the official state symbol of Andaman. 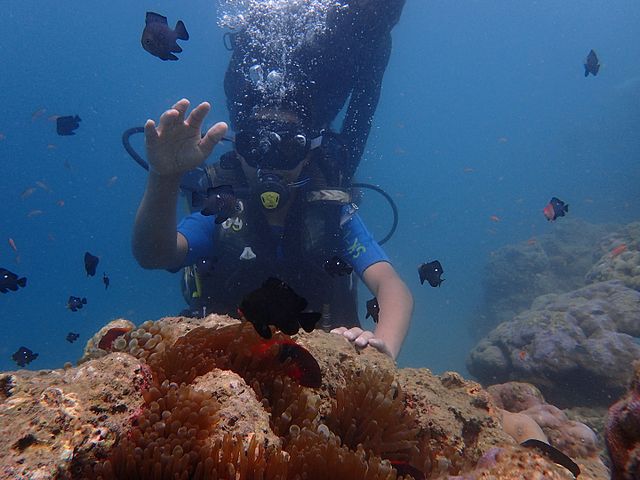 Marine life is so important in the area that fishing has officially been forbidden in the waters surrounding the Andaman Islands. Good news for the fishies!

11. More than a little crabby!

The biggest anthropods in the world can be found around the Andaman Islands. Hermit crabs are very common in the area and are the biggest ones known to man! Be careful you don’t get pinched!

It’s not just the Sentinelese that aren’t keen on outsiders. In fact, the Jarawa tribe aren’t too fond of outsiders, either! It is officially illegal to communicate with this tribe as they are protected. Again – stick to the watersports! 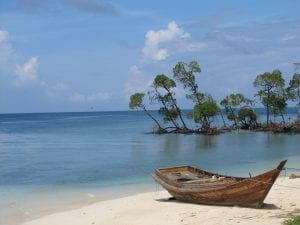 FAQs about the Andaman and Nicobar Islands

What is the climate like around the Andaman and Nicobar Islands?

You can expect a tropical climate around the Andaman and Nicobar Islands. However, the climate is moderated by sea breezes, making the islands ideal for holidays!

Are people allowed to visit the Nicobar islands?

While tourists are welcome to the Andaman Islands year-round, the Nicobar Islands are not open to the public. This is to protect the isolated tribes on the islands.

How many people visit the Andaman Islands every year?

It is estimated that about 400,000 tourists flock to the Andamans every year - and honestly, can you blame them?

Do you know any interesting facts about the Andaman and Nicobar Islands? Share them in the comments below!