If you think it gets cold where you live in the winter months, spare a thought for those who end up trekking through the Arctic! This chilly, white place is a symbol of the very outer reaches of our planet. But how much do you really know about the Arctic? Do people live there? Is it safe to visit? Here’s 11 fun facts about the Arctic to answer your questions:

1. The winters can get pretty active!

Believe it or not, there are areas of the Arctic which become livelier in winter than during the summer. That’s because habitats seem to oversee more breeding during these months, mainly between fish and microscopic life, as well as crustaceans.

The coldest the Arctic has ever been is around minus 68 degrees Celsius!

Let’s clear things up – it’s here where you will find the North Pole. The South Pole is in the Antarctic, on the other end of the globe! 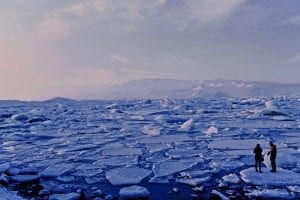 The word ‘arctic’ is thought to derive from a Greek phrase of ‘near the bear’.

5. The Arctic bleeds into many countries.

The Arctic is more than just its own entity. It actually forms part of several different countries up in the North. For example, it is possible to travel through Arctic plains via Russia, the US, Canada, Norway and Greenland.

There are times of year where the Arctic sees no light whatsoever. These complete days of darkness aren’t always common, but it’s to do with the way that the Earth is tilting towards the Sun.

7. Diving in the deep freeze!

Believe it or not, there have been submarine voyages undertaken in the Arctic. The most famous of these, of course, was the USS Nautilus. This sub set sail as far back as 1958, and its main mission was to prove that the enormity of the Arctic was resting on water, as opposed to thick, white land.

There are all kinds of people and animals living in the Arctic. The area is famously home to an indigenous tribe, the Inuit people, who – let’s face it – are smarter than most of us when it comes to thriving in the deep cold.

You’ll also find scores of mammals and fish, as well as birds, who call the Arctic home. It’s amazing how much they have been able to adapt! It’s common, for example, that you will spot seals, narwhals and walruses. There are also Arctic foxes that live across the land, too!

Grey whales make a pretty brave journey into the Arctic each year. They are known to take a migratory journey of up to 12,500 miles to and from Mexico! 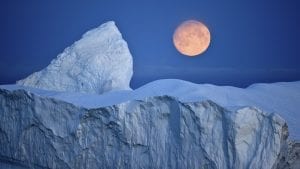 10. It’s not the coldest place on Earth.

Believe it or not, the Antarctic is colder than the Arctic. In fact, temperatures recorded at the South Pole have been up to 20 degrees colder!

The Arctic is home to the world-famous Northern Lights, which you can spot across Canada, the US and Scandinavia. Known as Aurora Borealis, this phenomenon in the sky allows viewers to see the darkness above twist and turn into scores of wonderful colors.

FAQs about The Arctic

As you can imagine, it’s pretty chilly! However, its summers hot up a little bit - though it’s still very cool by most European countries’ standards.

How many people live in the Arctic?

Why is the Arctic in danger?

It’s all to do with climate change - as the weather gets warmer, it’s thought that some fish are moving to different climes - changing the fishing seasons.

Do you know any fun facts about the Arctic? Share them in the comments below!