The Battle of Hastings – a date that a lot of people will remember as 1066 – but how much do you actually remember from your history lessons about the battle between King Harold and William the Conqueror? This epic fight should be remembered for much more than its iconic date. Here’s some fun facts about the Battle of Hastings, and why to this day it is so important.

1. A genuine game of thrones…

The battle arose as a result over a throne dispute. William the Conqueror challenged King Harold to the English Throne following his predecessor dying without any heirs. William, ultimately, won through and defeated Harold, marking the end of Anglo-Saxon reign in England.

2. The Battle of Battle!

Believe it or not, the Battle of Hastings didn’t actually take place in Hastings at all. It took place almost seven miles away, over near where the town of Battle sits. The name ‘The Battle of Battle’ doesn’t really have the same ring to it!

3. The Bayeux Tapestry records it all.

The Bayeux Tapestry records William’s conquest, and is known as the Tapestry of Queen Matilda in France. That’s because some French scholars believe that it was William’s bride, Matilda, who had a hand in making the tapestry. 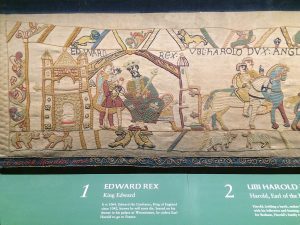 4. How did William win the battle?

It’s thought that William and the Normans were able to win the fight through false retreat. This dummy run, or feigned fleeing, may have tricked the English into believing that the Normans were surrendering. Unfortunately for the English, it was part of a very clever ruse.

No one is really sure how many people took part in the battle. Some believe that anywhere up to 150,000 soldiers headed to the frontline on behalf of William the Conqueror alone. It’s interesting to see what different scholars and historians have to say.

6. Was Harold really killed by an arrow?

It’s long been thought that King Harold met his demise through an arrow to the eye. However, some historians have doubts over whether this is actually the case. That’s because there is no firm corroboration over the Bayeux Tapestry actually showing Harold being killed – and some sources even suggest he was attacked en masse by Normans.

7. The battle took a whole day.

It was actually a fairly short battle. While there have been battles and sieges which have taken place over days and weeks, it’s thought that the Battle of Hastings started at nine and had ended by five. That’s a working day for most people.

The Bayeux Tapestry isn’t a tapestry at all. It’s cloth that has been embroidered. The way to tell tapestries apart from cloth is embroidery – as all tapestries are woven.
It’s thought that up to 25% people in England may be descended from William the Conqueror.

William was crowned King on Christmas Day in 1066. 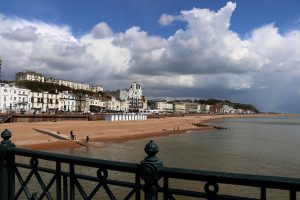 The battle is long-regarded as one of the most pivotal moments in the Anglo-Norman conquest, given that the Normans continued to pursue and take over the country for much time afterwards.

Some movements attempted to resist William over the years, including a number of skirmishes from Harold’s own sons.

FAQs about The Battle of Hastings

How many people died at the Battle of Hastings?

It’s all down to preparation - King Harold’s men simply weren’t prepared for the attack!

Why is the Battle of Hastings so important?

It’s important because it signalled the major change in Anglo-Saxon rule over to the Norman French.

Do you know any fun facts about The Battle of Hastings?  Share them in the comments below!

This page was last modified on December 11, 2021. Suggest an edit