The Bay of Bengal is something of an international, natural treasure based out east – its beauty is shared by many different territories! However, there’s more to the Bay of Bengal than meets the eye – it’s a huge fishing spot, for one thing! Here are some fun facts about the Bay of Bengal you might not be aware of.

1. What exactly is the Bay of Bengal?

Countries with coastlines on the Bay of Bengal Include Sri Lanka, Myanmar, Bangladesh and India. 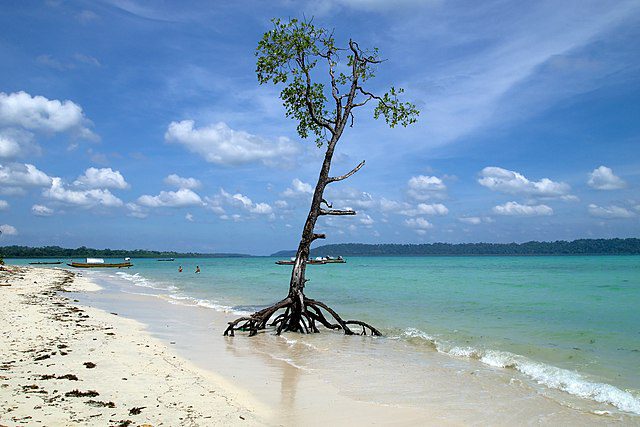 4. Rivers flow from all around.

Several rivers flow in towards the Bay of Bengal. They include The Ganges, Meghna, Godavari, Kaveri, Krishna, Mehndi, Irrawaddy, Jamuna and Padma.

5. It’s home to many different islands.

Several islands are located in the Bay of Bengal. They include the Andaman Islands and the Nicobar Islands. You’ll also find the Cheduba Islands out here, which are volcanic.

6. The Bay was formed by Myanmar volcanoes.

Volcanic activity in Myanmar is attributed to causing the seismic shifting of the tectonic plates on which the Bay was formed. The plates in question are known collectively as the ‘Indo-Australian Plate’.

7. However, tragedy has struck out here.

The Bay of Bengal has been home to some devastating events. Tragedy struck in 2004, for example, when a Tsunami followed an earthquake stemming from tectonic stress in the Bay. 280,000 people were killed, and 14 countries were affected.

8. It’s not just monsoons that are deadly.

In 1970, approximately 500,000 people died as a direct result of a cyclone originating in the Bay of Bengal.

9. Fishing is a very big deal indeed out here!

Fishing takes place on a huge scale in the Bay of Bengal. An astounding six million tons of fish are taken annually from the Bay.

The Bay of Bengal produces in excess of 7% of the world’s fishing activity annually! 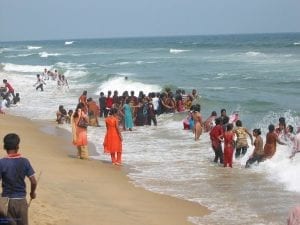 10. A rival to the Bermuda Triangle?

The Bay of Bengal is formed in the shape of a triangle. This is easily visible from space!

The Bay of Bengal is known to have valuable reserves of oil and natural gas.

The mangroves of the Bay of Bengal are the largest in the world. 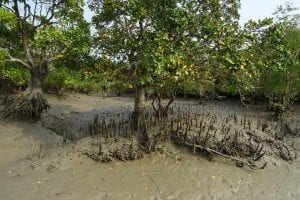 The weather is predictable each year, in anticipation of monsoons. Warm temperatures from June through to the end of September usually involve rain, too. From November to April, northeasterly winds signal the start of winter.

The Bay of Bengal Gateway was set up in 2013 to help improve communications between multiple countries – taking place via submarine; the project helped to provide better connections between Sri Lanka, Malaysia, India, and the United Arab Emirates. The cable is more than 8,000km, or almost 5,000 miles long! 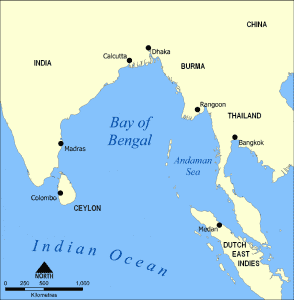 FAQs about The Bay of Bengal

Why is The Bay of Bengal so important in Hinduism?

Many people who follow Hinduism are drawn to the Bay of Bengal, particularly Puri on the coast. This is home to one of the four major destinations for pilgrimage in the faith - the Jagannath Temple has an extraordinary place in the hearts and minds of pilgrims, as well as historians!

Why is Mamallapuran world famous?

This UNESCO-recognized area is south of Chennai - and it pulls in scores of people from all over the world to watch colorful boat races each year!

What marine life can be found in the Bay Of Bengal?

The endangered Olive Ridley Sea Turtle is found in the Bay - it’s also home to the Spinning Dolphin and even three different whale species.

Do you know any fun facts about the Bay of Bengal? Share them in the comments below!

This page was last modified on February 17, 2022. Suggest an edit