Are you a mystery fan? If you are, you’ve probably heard, read, or watched a movie about the fascinating Bermuda Triangle!

Unexplained disappearances, alleged UFOs, geomagnetic anomalies are just a few of the mysterious tales about this infamous zone.

Whether for natural or unnatural reasons, the Triangle is well known for extremely violent and unexpected storms that seem to form literally out of nowhere. Here are some interesting facts about the Bermuda Triangle that’ll help you unveil at least some of its hidden mysteries…

1.    The Bermuda Triangle is extremely large

The Bermuda Triangle extends from Bermuda to Miami and Puerto Rico and covers 440,000 square miles of ocean.

2.    The Bermuda Triangle has an alternative nickname

Due to so many unexplained disappearances, it is also known as the Devil’s Triangle.

Before earning the more famous nickname of Devil’s Triangle, the area was known as the Limbo of the Lost in reference to all the bodies that were never recovered. 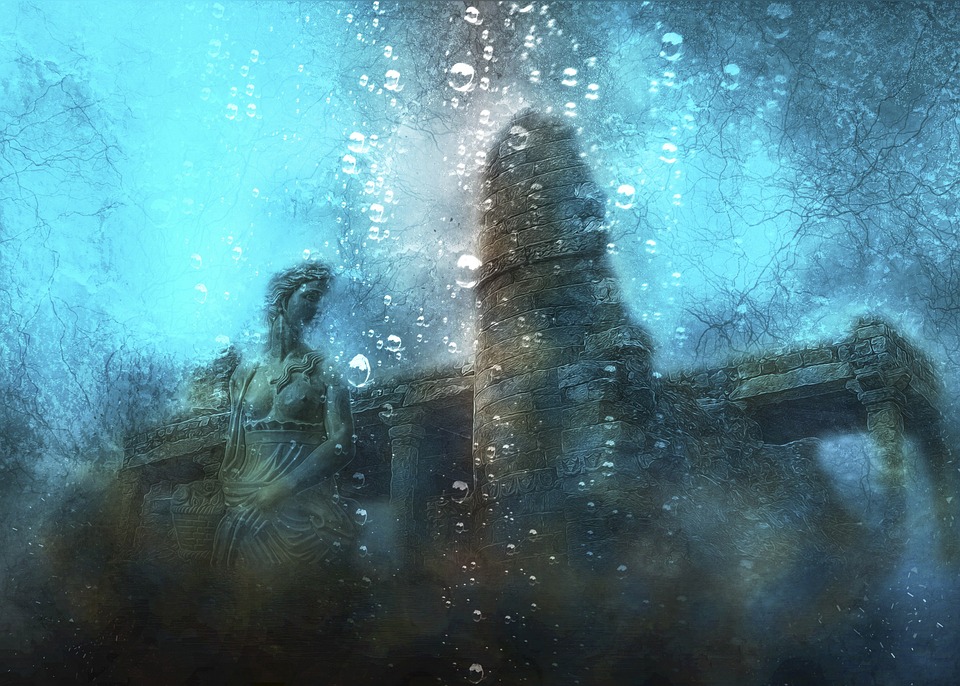 4.    The Bermuda Triangle is a physical anomaly

The Bermuda Triangle is one of only two places on Earth where a compass points to true north rather than magnetic north.

Many theories claim that the Triangle is home to the lost city of Atlantis.

According to legend and speculation, the city of Atlantis relied on the power of special energy crystals that were extremely powerful. The theory is that these energy crystals are in an altered state of some kind and send out rays of energy that confuse navigation.

6.    The Bermuda Triangle is always busy

The area is one of the most highly trafficked for amateur pilots and sailors, and one of the most heavily travelled shipping lanes in the world. Statistically, more traffic leads to more accidents and disappearances. Sounds logical, right?

7.    The Bermuda Triangle ‘swallows’ up all kinds of things

Planes or ships lost in the triangle are often not found – scientists believe that this is because the Gulf Stream runs near the triangle and quickly removes the debris from the search area.

8.    The Bermuda Triangle is fairly gassy!

Scientists have discovered large concentrations of methane gas – due to decomposing sea organisms – trapped in the ocean floor.

9.    The Bermuda Triangle is a trench hot spot

Some of the deepest trenches in the world are found in the area of the Bermuda Triangle. Scuba diving in the Bermuda Triangle

10. The Bermuda Triangle has claimed many lives

It’s estimated that 1000 lives have been lost in the last 100 years in the Bermuda Triangle.

11. The Bermuda Triangle is a huge tourist trap!

Despite the apparent danger from alleged sea monsters, aliens, and the ancient city of Atlantis, it’s still one of the premier vacation destinations in the world.

12. It’s home to an important facility

Situated within the Triangle is the US Navy’s AUTEC facility, which stands for the Atlantic Undersea Test and Evaluation Centre, located on the Andros Island of the Bahamas.

The Navy uses the facility to test submarines, sonar, and other weapons – but many believe they have a part to play in the Triangle’s disappearances or are investigating the true sources. 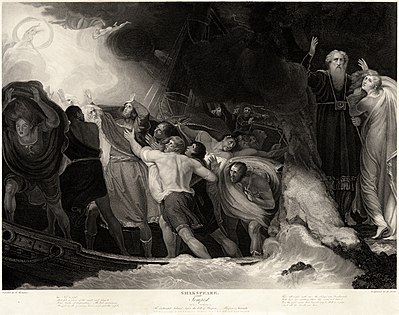 The shipwreck in Act I, Scene 1 of Shakespeare’s “The Tempest”

The U.S. Navy and U.S. Coast Guard add that no official maps exist that delineate the boundaries of the Bermuda Triangle.

The U. S. Board of Geographic Names does not recognize the Bermuda Triangle as an official name and does not maintain an official file on the area.

The first supernatural report from within the Bermuda Triangle came from Christopher Columbus, who wrote in his journals about fireballs in the sky and that his compass had suddenly stopped working.

16. Shakespeare was inspired by The Bermuda Triangle

William Shakespeare’s play The Tempest was inspired by a wreck that occurred in 1609 within the Bermuda Triangle.

The shipwreck in Act I, Scene 1 of Shakespeare’s “The Tempest”

17. Ships have been disappearing here for centuries

One of the earliest mysteries of the Triangle was that of the disappearance of the USS Cyclops in 1918.

The ship was considered state-of-the-art at that time and equipped with radios that could have called for help- yet no SOS distress call was ever sent. This led President Woodrow Wilson to say, “Only God and the sea know what happened to the great ship.”

Later, two of the Cyclops’ sister ships vanished on the same route.

18. Some disappearances are fairly recent!

In the early 1940s, the British South American Airways Star Tiger Ariel, along with a Douglas DC-3 flown by the British Royal Air Force, all disappeared without a trace over the triangle.

On November 5th, 1945 the US Navy lost five Avenger torpedo bombers and one rescue plane sent to locate the missing planes – known as Flight 19 – as they flew within the Bermuda Triangle.

19. The Bermuda Triangle’s name is a modern creation

The term “Bermuda Triangle” was first coined in 1964 by writer Vincent Gaddis in the men’s pulp magazine Argosy.

20. There’s a family board game about the Bermuda Triangle

In 1976 Milton Bradley released a Bermuda Triangle board game, and in 1987 an Atari game of the same name was developed.

21. It’s been a major plot point in big movies

In the 1977 film “Close Encounters of the Third Kind”, Flight 19 was portrayed as having been whisked away by aliens and deposited in the deserts of Mexico.

The area has one of the highest incidences of UFO sightings and alien abductions have been a popular explanation for the disappearances.

Abductions aren’t the only theory, some believe it’s a portal to other planets.

23. The Bermuda Triangle continues to confound

In 1991 treasure hunters believed they had solved the mystery of Flight 19 when they discovered five World War II Avengers near Fort Lauderdale, however, none of the serial numbers matched those assigned to Flight 19’s planes.

24. The Bermuda Triangle is… a time portal?

Pilot Bruce Gernon claimed to have lost 28 minutes as he flew through a time-warping cloud tunnel which also affected his instruments. Flying from Bermuda to Miami, the three-hour flight only took a third of the time and Mr. Gernon believed he had catapulted forward in time.

The ocean under the triangle is some of the deepest in the world, going form a gently sloping continental shelf to an extremely deep drop-off.

26. You don’t have to be IN the Bermuda Triangle to experience it

Depending on weather and time of year, the triangle’s strange weather, electromagnetic issues, and other phenomena can be experienced outside the normal borders of the Triangle.

Do you know any fun facts about the Bermuda Triangle? Share them in the comments below!