The Black Death or Plague is one of the most devastating catastrophes this world has ever seen. Even though it occurred centuries ago, we still talk about it to this day. The shock and toll it took on the world was severe – and while we have experienced pandemics since, we thankfully live in enlightened medical times to help ensure the most vulnerable among us get the care they need.

In the meantime, here are some ‘fun’ facts about the Black Death you won’t forget in a hurry!

1. What is the Black Death?

The Black Death refers to a plague pandemic that hit both Europe and Asia in the 14th Century. It is thought to have started in Asia, then made its way to Europe through ships that came from the Black Sea – hence the name.

It is thought that the Black Death lasted from 1346 to 1352. Although the plague did not disappear overnight, thanks to advances in hygiene, sanitation, and certain medical breakthroughs, the number of cases decreased. In some ways, we can thank the progress of modern hygiene standards and medical practices for the rise of the Plague!

3. What was the cause of the Black Death?

It is believed that the Black Death started due to infected flea bites. The fleas that were notably found on rats were the ones to blame, though some believe it was other rodents that may have carried the disease far and wide. Although we do not know the answer for sure, it’s best to stay away from fleas wherever possible! (But don’t worry – the plague is long gone!) 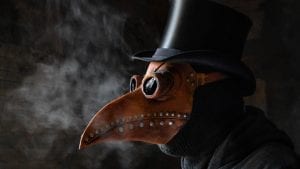 4. How many people died due to the Black Plague?

It is believed that the Black Plague killed up to about 200 million people. It is one of the most devastating plagues in all of human history – more so than the COVID-19 pandemic, which, while still devastating, is said to have claimed the lives of more than six million people since 2019.

5. Why did the Black Plague affect so many people?

The Black Death or Plague was so widespread thanks to being one of the most contagious diseases ever recorded. This was largely due to the poor hygiene standards people observed at the time. It is also believed that poor nourishment and diets led people to be in generally poorer health, making it easier for them to die from the disease.

6. How long did it take people to die from the Black Death?

Tragically, the Black Death acted very quickly. In fact, some people died within mere days of contracting the disease. It is believed that some even died within a few hours of getting infected – very scary indeed.

7. The deadliest disease in all of history?

The Black Death has claimed more lives than any other disease in history thus far. It’s even got two names – the Black Death or Plague, and the Bubonic Plague! They’re the same disease.

8. How did people protect themselves from the Black Death?

With it being the 14th Century, people couldn’t exactly rely on hand sanitizer and hospital ventilators! Instead, many believed that God had sent the plague to punish people who contracted it. Therefore, they prayed – while others tried to hide away and avoid others at all costs. Lockdowns were by no means a new concept in 2020!

9. What were the symptoms of the Bubonic Plague?

Symptoms of the disease included swelling in the armpits and neck, and also towards the groin. More aggressive symptoms also commonly included dark patches and even coughing up blood. All of these eventually led to death – it was absolutely brutal!

10. Who did the Black Death affect the most?

Here’s the thing – everyone was affected by the Black Death! Old people, young people, men, and women alike were all affected by the disease. In that sense, it was seen as an ‘equalizer’ – no one, at that time, was safe. 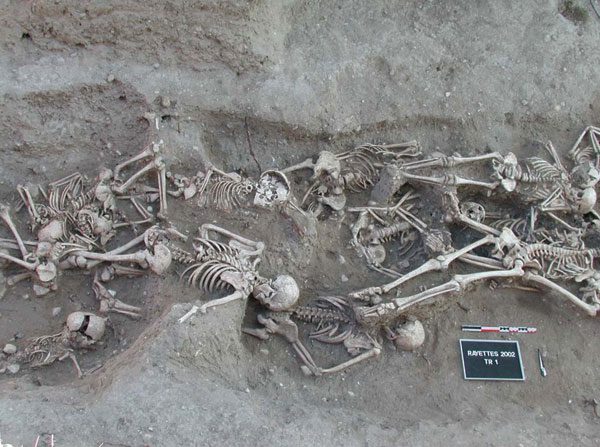 FAQs about the Black Death

What is the Black Death known as today?

The Black Death is still commonly known under this name. However, today, many refer to it as the Bubonic Plague or simply the plague.

What is the Black Death mask?

The Black Death masks, or plague masks, were used by doctors of the time as a means to keep the disease away from them. The mask is now commonly worn as a disguise and costume. It is known for its circular eyes, beak-like mouthpiece, and a covering for the whole face. It’s seriously eerie-looking!

What did they do with the bodies of those who died of the Black Death?

The bodies of those who died from the Black Death were buried in mass graves. These graves were also known as plague pits.

Do you know any interesting facts about the Black Death? Share them in the comments below!

This page was last modified on November 28, 2022. Suggest an edit