Dubai’s gigantic Burj Khalifa stands tall as the world’s biggest skyscraper – in fact, it’s currently the tallest building on the planet, stretching right up into the clouds. But, there’s more to the building than height alone – here are some fun facts about the Burj Khalifa that may just intrigue you!

The building is used for all kinds of ventures and services. It’s got several gyms and restaurants, but there are also residences in the Burj Khalifa, too!

The Burj Khalifa was not cheap to build. It reportedly cost around $1.5 billion to bring to life, with at least two thirds of this cost being spent on the tower alone. 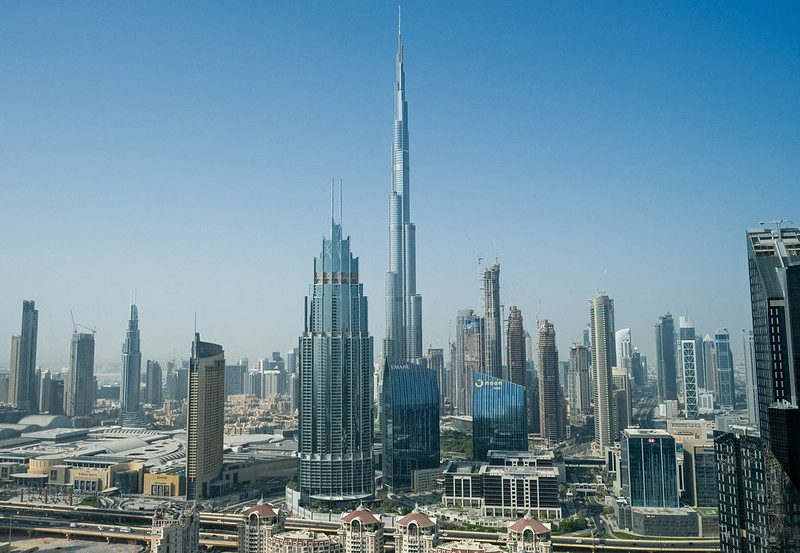 The Empire State Building was once regarded as being pretty tall – after all, King Kong scaled it – but the Burj Khalifa is twice its height!

You can see the Burj Khalifa from very long distances – thanks to its sheer height and grandiosity! It’s thought that as far as 65km away, providing the weather is clear, you can see the top of the tower.

Building the Burj Khalifa was, as you might expect, a serious endeavor. It reportedly took 22 million hours of people’s time to bring to life! Impressively, this took place over a relatively short two years!

There’s an elevator in the Burj Khalifa that holds its own records of sorts. It’s said to be one of the longest single runners, reaching all the way up to the 140th floor.

There’s more than one elevator in the Burj Khalifa, as you probably imagine. In fact, there are 57 of them!

There are more than 140 floors on the Burj Khalifa that elevators cover. There are 163 – and there’s an observation deck on the 148th, which isn’t even at the very top! 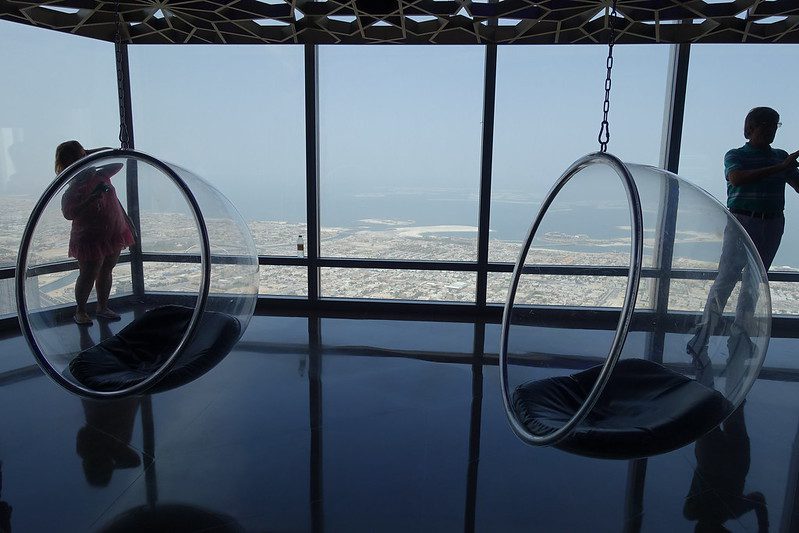 The unused space between 148 and 163 makes up the spire. That, some people allege, is simply there to make the building taller. They’re probably right – after all, it’s just there for show!

The Burj Khalifa plays host to an enormous collection of art from times gone by. It’s host to over 1,000 different artworks across the property, with some having been created purely for the building itself.

12. A different kind of atmosphere!

There’s a restaurant in the Burj Khalifa – called At.mosphere – that holds the record for being the highest eatery on the planet. Guests here can dine at 441m up! 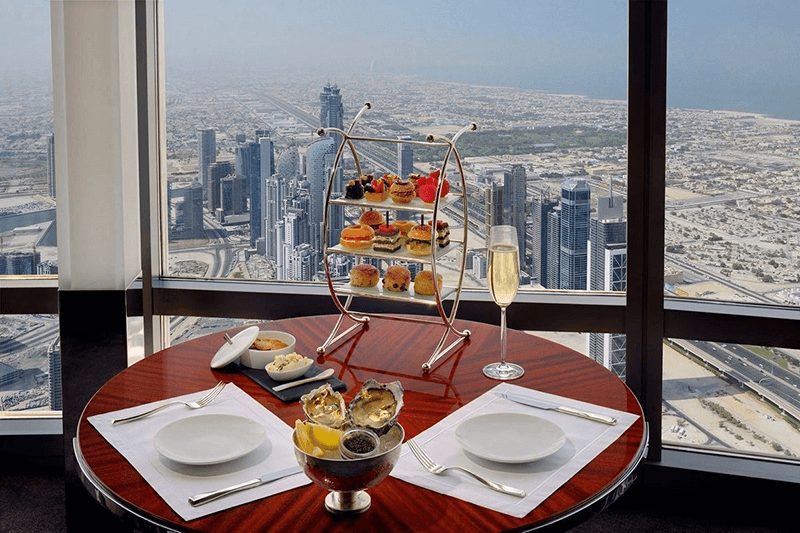 Yes, someone has dared to climb the Burj Khalifa. That particular record-hunter is Alain Robert, known to many as ‘Spiderman’ (not Peter Parker, mind). Robert managed to climb the whole of the tower from the outside, a six-hour feat.

Robert normally scales buildings without the use of ropes – for the Burj Khalifa and in line with local safety laws, he complied by using a harness!

You may well have seen someone else climbing the tower, too – Tom Cruise. In the movie Mission Impossible: Ghost Protocol, ever-ready action man Ethan Hunt scaled the Burj Khalifa!

It’s entirely possible to watch the sun set twice from different floors in the Burj Khalifa. You can watch it set from below, and then scale all the way up to the observation deck to watch it again! 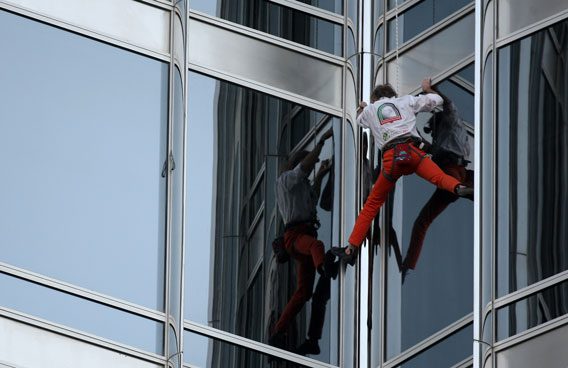 FAQs about The Burj Khalifa

Who lives in the top floors of the Burj Khalifa?

BR Shetty owns all the apartment spaces between floors 100 and 140 in the Burj Khalifa, said to have cost him $25 million.

Is the Burj Khalifa empty?

No - much of it is occupied with private homes and businesses, though at least 244 meters of space in the building are completely unoccupied.

How quick would it take someone to fall from the Burj Khalifa?

Terrifyingly, if someone was to fall from the top of the Burj Khalifa, it would take them 20 seconds to hit the ground!

Do you know any interesting facts about the Burj Khalifa? Share them in the comments below!