Often described as the West Indies, the Caribbean archipelago is one of the world’s best yachting locations, and is ideal for year round sunny holidays with its tropical beaches that are spread over approximately 1 million square miles.

Brush up your worldly knowledge with these 14 fun facts about the Caribbean:

1. Columbus found the Caribbean long after it was populated.

Although already populated by indigenous peoples of the Caribbean, it was then discovered by the European explorer Christopher Columbus on October 12th, 1492.

The first island Columbus discovered was the Bahamas.

2. Many, many people died during colonization.

It is estimated that during the initial Spanish conquest of the Americas up to eight million indigenous people died, primarily through the spread of diseases, in a series of events that have been described as the first large-scale act of genocide of the modern era. (Source Wikipedia).

3. It was a large port in the slave trade.

Between 1662 and 1807 Britain shipped 3.1 million Africans across the Atlantic Ocean in the Transatlantic Slave Trade. Africans were forcibly brought to British owned colonies in the Caribbean and sold as slaves to work on plantations. Those engaged in the trade were driven by the huge financial gain to be made, both in the Caribbean and at home in Britain. (Source – National Archives). 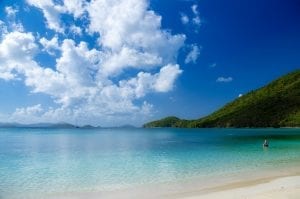 4. Where is the Caribbean?

The Caribbean region lies to the east of Central America and north of South America, and south east of the Gulf of Mexico.

5. It stretches across many different nations.

6. What’s the biggest island out here?

7. However, there are some islands here that are barely populated.

The island with the smallest number of inhabitants is Montserrat with an estimate of just 4,992 (2020).

Just like the European Union, the Caribbean has a Single Market and Economy; it’s called Caricom.

9. What languages do people speak out here?

There are just 3 Caribbean islands that use Spanish as the dominant language – Cuba, Puerto Rico and Santo Domingo. The others speak English, Dutch and French. 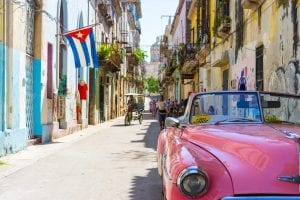 The Caribbean island of Saba is home to the shortest runway in the world – it’s just 400 meters long!

The first James Bond film, Dr. No, was set in and partly filmed in Jamaica.

The author Ian Fleming lived on the island at his home “GoldenEye” – now a luxurious hotel.

Looking for marine life? Belize is home to the world’s second biggest coral reef. It’s 190 miles long with plenty to see for every level of scuba diver! 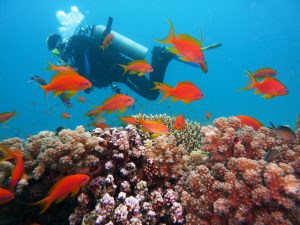 Famous for rum, the Caribbean is produces over 70 different brands. Have you got a favorite?

14. The musical scene here is spectacular.

The Caribbean is the cultural home of some amazing party music – reggae, soca, calypso and salsa. 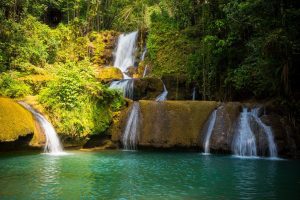 FAQs about The Caribbean

What do people from the Caribbean call themselves?

What’s the richest island in the Caribbean?

That’s The Bahamas, which is 14th in the GDP ranking across North America!

Is it more expensive to vacation in Hawaii or the Caribbean?

Based on cost of living, it will likely be more expensive for you to visit Hawaii!

Do you know any fun facts about the Caribbean?  Share them in the comments below!