The Caspian Sea is legendary for its ancient history, its wide expanse, and its alleged riches. Yet, it remains a very mysterious place to this day! Many of us do not understand why it is considered a sea, what lies in the blue waters, or whether or not the stories of sunken treasure are always true. Here are some fun facts about the Caspian Sea to help break down the mystery.

1. Surrounded on all sides!

The Caspian Sea is right in the middle of several European and Asian territories. Some of the nations to share the sights across this beautiful body of water include Russia, Iran, Kazakhstan, Azerbaijan, and Turkmenistan.

2. How big is the Caspian Sea?

3. Can you drink the water from the Caspian Sea?

Since this sea is inland, it does lead us to liken it to a lake, many of which are freshwater. But, it’s certainly not safe to try drinking its water – the salinity in the Caspian is around 1.2% – that’s seriously salty! While that isn’t quite as high as regular seawater, it definitely won’t do you any good! 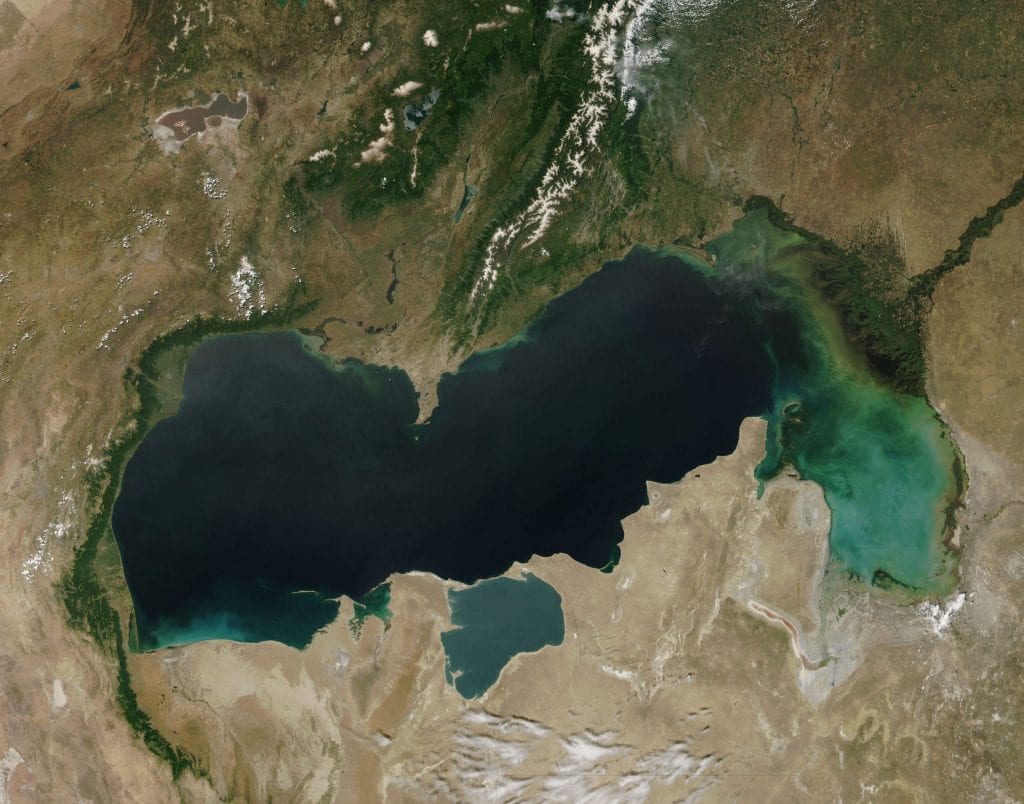 Yes, you can swim in the Caspian Sea! In fact, thanks to its clear waters, and beautiful surrounding sands, filled with minerals, the Caspian Sea is a very popular swimming spot. Just be careful of the rip currents!

Believe it or not, there is a part of the Caspian Sea that actually freezes every year! The northern part of the sea, which is also the most shallow area, gets so cold that it freezes annually.

While the Caspian Sea is its name, many argue that this body of water is actually a lake. It does not flow into another sea or ocean, is an inland body, and has a lower salinity than most seas. However, it does contain salt, is far greater in size than the other lakes on the planet, and, most of all, was named as such centuries ago by bordering countries who share fishing and traveling rights in this body of water. It’s a confusing one, for sure!

7. Rivers run from all over!

About 130 rivers run into the Caspian Sea! However, none of them come in from the East.

The Caspian Sea does not flow into a river, ocean, or another sea. In fact, it only loses water via evaporation. This makes it an ‘endorheic’ body of water. 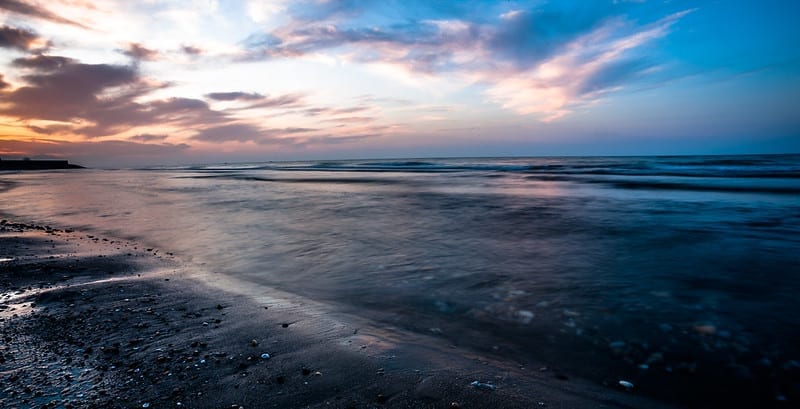 To understand how big the Caspian Sea is, it is important to note that the area has about 50 islands! The islands are all uninhabited, however.

Scientists have found that the Caspian Sea has been around for a very long time indeed! In fact, it is estimated that the sea is about 30 million years old. Sadly, due to climate change, scientists also believe that the sea could, at least partially, dry out in the future.

It’s been the stuff of legend among seafarers for centuries – missions to explore sunken wrecks and treasure caches, for example, have long been mounted. 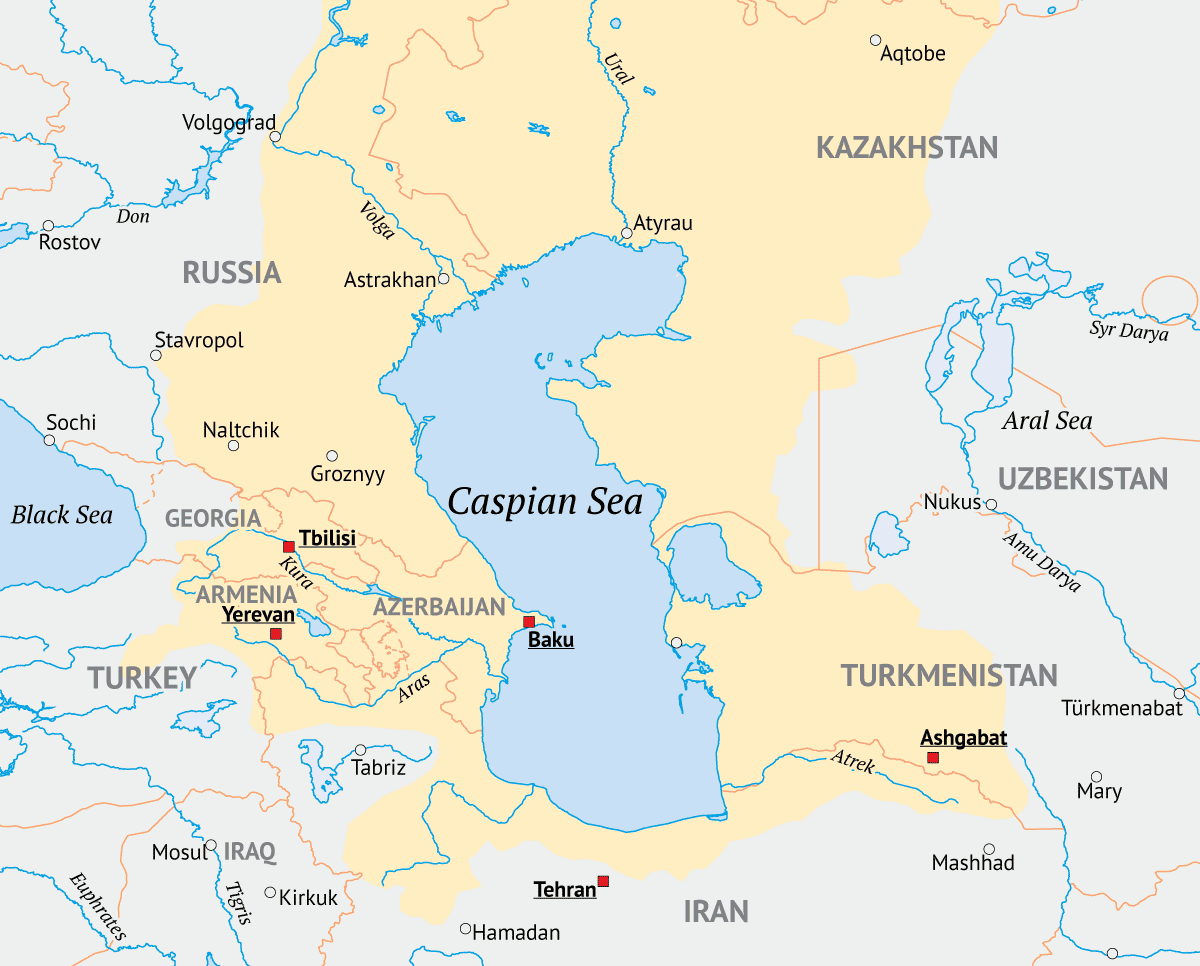 FAQs about the Caspian Sea

What is the Caspian Sea famous for?

The Caspian Sea is known for its inland location, being home to a wide range of marine species, and the base of several rich industries. The Caspian Sea is commonly used for caviar and oil, industries which have drastically harmed the ecology of the area.

Which country owns the Caspian Sea?

Not one country owns the Caspian Sea. The Coastlines are shared by the surrounding countries, including Azerbaijan, Russia, Iran, Kazakhstan, and Turkmenistan.

What is the Caspian Sea Monster?

No need to bring out the binoculars to find this sea monster! The Caspian Sea Monster, also known as the KM (Korabl Maket), was a machine invented by the Soviet Union in the 1960s. It was once the largest and heaviest aircraft in the entire world until it crashed into the sea in 1980.

Do you know any fun facts about the Caspian Sea? Share them in the comments below!