Since the Channel Tunnel first opened, it’s been easier and easier for holidaymakers heading to Europe from the UK, and vice versa.  However, it’s a relatively recent invention!  To that end, there are likely plenty of things many people probably don’t know about the link between England and France.

Here are some of the most fascinating high-speed and fun facts about the Euro Tunnel – and why it’s still so important to travellers to this day!

1. The Channel Tunnel took a long time to build – and went over-budget.

The Channel Tunnel took around six years to build, finishing in 1994. The overall build cost around £4.6 billion.

In fact, projected costs were much lower – at likely around £1 billion! We wouldn’t want to be balancing those books!

2. It was in the offing for more than a century.

Ideas for a tunnel connecting the UK and France date back as far as 1856. The exact method for connecting nations has changed massively over the years, however, as a horse-changing island was proposed back in the 19th Century.

Statistics show that more than 6x the population of the UK has traveled through the tunnel since 1994.

This number may or may not include pets – as over two million cats and dogs have travelled through the Channel Tunnel since 2000! This is as a result of a pet travel scheme that came into effect around the millennium. 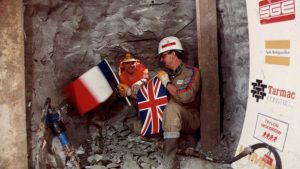 4. There are technically two Channel Tunnels.

There’s actually more than one tunnel connecting England and France. The Channel Tunnel consists of a service tunnel in the middle, with two running tunnels at either end.  The service tunnel is for emergency use.

Tunnel shuttles are huge – at around 800 meters in length!

6. It really was a team effort.

Over 13,000 people helped to design and build the Channel Tunnel. That includes everyone from initial designers and planners through to engineers and construction teams. However, ten workers tragically lost their lives during its construction.

7. It’s pretty much a record-holder.

The tunnel stretches up to 31 miles in length. It’s thought to be one of the longest tunnels in active use worldwide.

8. Tens of thousands of people rely on the Channel Tunnel.

9. You can get from country to country in under an hour.

Journeys are surprisingly quick! You can travel from end to end in as little as 35 minutes. 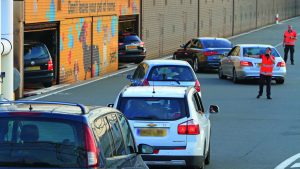 The vast majority of people who travel via Channel Tunnel are British – in terms of car passengers, a staggering 85% of people visit from the UK.

However, measures to increase border control at either end were brought in several years ago, following a rising immigration crisis.

In fact, for the longest time, British officials worried more about rabies! The UK was free from rabies at the time of the tunnel’s unveiling.  However, it was specifically designed to prevent the disease from returning to the island.

The tunnel’s opening took place in May 1994, and both French President Francois Mitterrand and Queen Elizabeth II took centre stage. 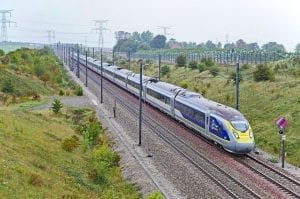 13. Some of the Tunnel is aquatic.

Up to 24 miles of the tunnel are underwater.

14. It played a part in the Olympics!

The tunnel was instrumental in the London 2012 Olympics, as the Olympic Torch travelled through here on the way to the city!

FAQs about The Channel Tunnel

Can you drive through the Channel Tunnel?

No - you can’t drive a bike or car through the Tunnel, meaning you will have to drive into a shuttle.

Why do you have to open your windows on the Channel Tunnel?

It’s to do with safety - if you keep your windows closed, you won’t be able to hear safety announcements.

Are there toilets on board Channel Tunnel shuttles?

The Tunnel’s operators state that there may not be guaranteed toilets on shuttles - meaning you will have to ‘pay a visit’ before you set off.

Do you know any interesting facts about The Channel Tunnel?  Share them in the comments below!