The Chernobyl disaster was a horrific nuclear power event that led to several deaths and local poisoning that lingers to this day. Many people are aware of the accident thanks to the TV mini-series that aired a few years ago – but it’s always a good idea to learn more about the facts behind the catastrophe, too. Here are some interesting facts about the Chernobyl Disaster worth remembering.

1. What was the Chernobyl disaster?

The Chernobyl disaster refers to the failure of a nuclear power station, more precisely in the Chernobyl Nuclear Power Plant in the Soviet Union. The disaster was the cause of the death of 30 people. 28 of the people died as a direct result of radiation poisoning.

2. When did the Chernobyl disaster take place?

The accident took place on 26 April 1986. Sadly, the effects of the accidents are still present today. 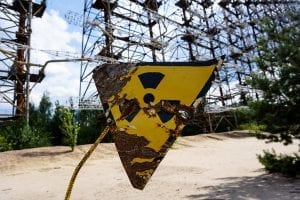 3. It was a genuine accident.

The failure of the Number Four RBMK reactor caused the accident. During a test of the reactor, staff at the station lost control which led to an explosion and fire, which in turn destroyed the building.

4. What happened after the explosion?

Following the destruction of the Number Four reactor building, mass amounts of radiation were leaked into the atmosphere. The toxic fumes were then transported in the wind, destroying the surrounding areas. 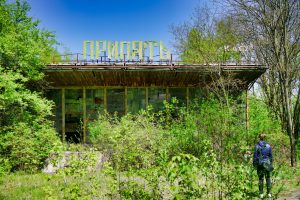 While only 30 deaths were directly linked to the accident, it is believed that it also caused the deaths of thousands upon thousands of people. They died due to contact with the radiation. Moreover, the radiation has proven to have had severe health tolls on people in the surrounding areas.

Even though the accident occurred decades ago, Chernobyl is still a deserted area. In fact, many still refer to it as a ghost town.

7. Chernobyl may not be safe to live in for a while.

8. Pripyat was affected, too.

Many of us have heard of the town of Chernobyl; however, there is another close-by town that was just as affected by the incident. Pripyat was situated only two miles from the power plant, and the residents also felt the shockwaves. 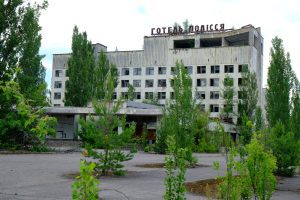 The Chernobyl disaster impacted more than just the humans in the area. In fact, the local vegetation died from the radiation, and the trees became a deep red and orange. The woodland in the local area was therefore named the ‘Red Forest’.

10. Chernobyl sees a lot of tourism.

Believe it or not, Chernobyl has become quite the hub for visitors! Known as ‘dark tourism’, people visit the area fascinated by the traumatic events that occurred there. To be able to visit, tourists need to apply for a permit to go to the Exclusion Zone, which takes about ten days to receive. 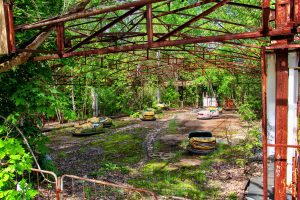 FAQs about The Chernobyl Disaster

While Chernobyl is no longer as dangerous as it once was, it is still very much a dangerously radioactive zone. Even visitors have the option to wear protective gear to approach the area.

Can people live in Chernobyl today?

Understandably, many of the original inhabitants of the area wished to return home to Chernobyl, even knowing how dangerous the area is. However, due to its lingering radiation levels, young adults and children are banned from living in the area.

Who lives in Chernobyl today?

Despite the danger of the area, some elderly people do still live in the area. Due to their age, officials did not try to fight them when some wished to return to their homes - even in the explosion's aftermath.

Do you know any interesting facts about the Chernobyl disaster? Share them in the comments below!