The Eiffel Tower or La Tour Eiffel in French is one of the world’s most recognizable landmarks. It was designed as the showpiece of the 1889 World’s Fair in Paris in remembrance of the French Revolution’s centennial as well as to show off France’s modern mechanical know-how on a global scale. Mission accomplished!

The Eiffel Tower has welcomed over 300 million people and still welcomes almost 7 million visitors a year. Quite impressive!

2. It was built to mark the 100th anniversary of the French Revolution

Paris hosted the 1889 World’s Fair. Artists from around the nation sent in interesting plans for a structure to mark the entrance to the fair on the Champ-de-Mars.

3. Eiffel et Compagnie was the firm that designed and built the Eiffel tower

Gustave Eiffel, a bridge-builder, architect, and metals expert owned this consulting and construction firm. In fact, this wasn’t the first grand project, he also worked in the early 1880s on the Garabit Viaduct, the highest bridge in the world, at the time. Before landing the World’s Fair project, he also helped design the Statue of Liberty. 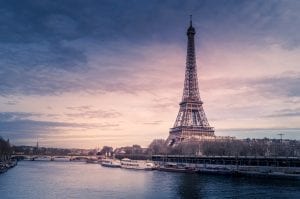 4. It’s a relative to the Statue of Liberty

Eiffel’s company was invited to plan the interior frame for the Statue of Liberty, a task assigned to his right-hand employee, Maurice Koechlin.

5. The original design was rejected

After viewing his senior engineer’s design Eiffel felt it was too minimalist and he was instructed to include more details and flourishes in his redesign. The final design was approved in 1884.

6. Who were the engineers behind the project

While Eiffel earned the naming rights for the Tower, Maurice Koechlin and Emile Nouguier drew the original design teamed up with French architect, Stephen Sauvestre.

Another cool fact is that it’s possible to climb to the top of the Eiffel Tower.  If you’re feeling very fit, you can climb to the top – beware though – there are 1,665 steps! So most people take the lift.  Little known fact: The Eiffel Tower actually has a total of 5 lifts!  If you plan on using the lift, It costs up to 26,10€ for a ticket to the top. (Price as of September 2021).

8. The building of the Eiffel Tower required tons of metal and manpower

In March 1889, upon its completion, the Tower measured 300 meters (985 feet) high. The fact is that this measurement isn’t static, cold weather can shrink the Tower by up to six inches. 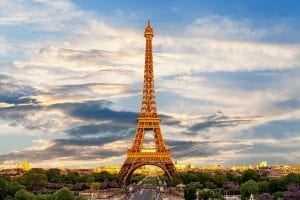 10. It was the tallest structure in the world

For 41 years, the Eiffel Tower stood higher than any building or structure in the world until in 1930 it was surpassed by the Chrysler Building in New York with a height of 1046 feet.

11. A large committee protested the tower

Did you know that the author Guy de Maupassant, Alexandre Dumas, Jr., and around 300 other artists and intellectuals, signed a petition opposing the project? They surely did! In fact, they thought the Tower is useless and monstrous.

12. Nevertheless, the Eiffel Tower was an instant hit

The Eiffel Tower was visited by nearly 2 million people during the Fair, spending $1.4 million on tickets, making the 1889 World Fair one of the few to actually turn a profit. 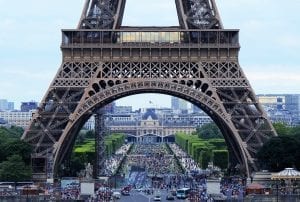 13. The tower was only supposed to stand for 20 years

The Tower was scheduled to be disassembled in 1909 until they’ve realized that its apex was the perfect place for a telegraphy antenna. The wireless telegraph transmitter helped jam German communications during the First World War.

The tower was built to withstand even the strongest winds, and never sway more than 4.5 inches.

15. It has a secret apartment at the top of the tower

On the 3rd floor of the Tower, Gustave Eiffel had a secret apartment built exclusively to entertain from. It was off limits to the public for years but can now be looked at through a window by ticket holders. 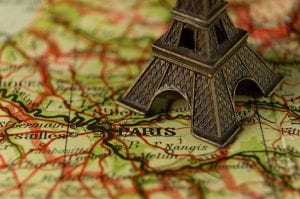 When France was occupied by Germany during the Second World War, Hitler ordered that the Eiffel Tower be torn down, but thankfully France refused and the order was never followed through.

17. Want to mail a letter, you can try the Tower’s post office

In fact, in the tiny post office, you can even pick up une carte postale and a stamp and have it mailed from the Eiffel Tower’s post office with its unique postmark.

18. It has a scientific laboratory

Mr. Eiffel built a meteorology laboratory on the Tower’s third floor, where he performed studies in physics, aerodynamics, and built a wind tunnel. 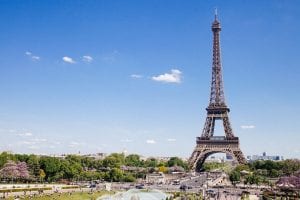 19. Many scientists’ names are engraved on the Eiffel Tower

To be more precise, 72 names of French scientists and engineers working in the 19th century were engraved on the Eiffel Tower.

20. How does the Eiffel Tower stay looking good?

Every 7 years, around 60 tons of paint is applied to the tower to keep the tower looking good, and also to keep the iron from rusting.  Also, the tower is covered in 20,000 lightbulbs, making it absolutely sparkle at night!

21. Underneath there’s a military bunker

Underneath the Tower’s south pillar there’s a secret military bunker that may connect to the nearby Ecole Militaire via a long tunnel. 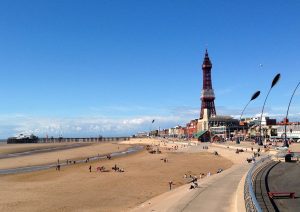 There are 54 replicas of the Eiffel Tower of varying sizes of scale.Blackpool Tower on the English coast is one of the oldest. Other replicas include one in Las Vegas, USA and there are six in Russia!

23. But there is only one genuine Eiffel Tower

In 1991 The Eiffel Tower was declared a UNESCO world heritage site.

Incredibly, the Eiffel Tower was sold by a con artist named Victor Lustig for scrap metal.  Not once, but twice! 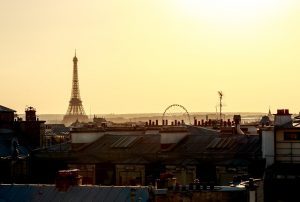 The Eiffel Tower appears in lots of famous films, including ‘A View to a Kill’ (James Bond), ‘Superman 2’,‘Lucy’, and ‘Hugo’, to name just a few.

We’ve saved this amazing fact for the end. On the top floor, you can reward yourself with a glass of champagne from the Champagne Bar. A glass of bubbly and a spectacular view with that special someone, just the perfect ending on your Paris journey! The tower is also home to two restaurants – La bulle Parisienne, a French-style bistro, and the world famous Jules Verne restaurant.  Make sure you make a booking if you fancy dining here!

27. The Eiffel Tower is held together by more than 2.5 million rivets!

FAQs about The Eiffel Tower

How frequently is the Eiffel Tower painted?

The Eiffel Tower is repainted once every seven years to prevent it from deteriorating.

What’s inside the Eiffel Tower?

The Eiffel Tower is more than just a simple structure - it houses restaurants, shops and museums!

Can you walk under the Eiffel Tower?

Yes, but there are security barriers - you won’t be able to freely stroll underneath.

Do you know any fun facts about the Eiffel Tower?  Share them here in the comments below!