Although now four decades ago, the Falklands War remains one of the most shocking and most polarising conflicts of the modern age. Arising as a result of ownership disputes between Argentina and the United Kingdom, the conflict took place as one of the key moments during Prime Minister Margaret Thatcher’s tenure in charge of Great Britain.

The conflict remains one of the most complex in recent years, and devastating to resident islanders, Argentinians, and British alike. Many lessons have been learned since the war – though concern over the ownership of the islands varies.

Carry on reading to learn some of the interesting facts about the Falklands War.

The Falklands war began on April 2nd, 1982, when Argentina invaded the Falkland Islands. Seeking help from the UK, this prompted a Naval task force’s despatch on April 5th, 1982, by the United Kingdom.

2.    The Falklands are in the Americas.

The Falklands are located 650 kilometers (400 miles) off the southeast coast of South America. The area consists of 740 islands!

3.    The Islands were in dispute long before the war.

Prior to the Falklands War, Britain had seized the Falkland Islands in 1833 from the Argentines, who had claimed it previously. Argentina is 480 kilometers distance from the islands. 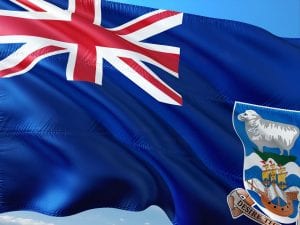 5.    The Islands were ‘inhabited’ by the British.

The Falkland Islands were first officially inhabited after an English Navy Captain, John Strong, landed there and his arrival was placed on an official record.

6.    The war involved many different troops.

The Marines, SAS, and SBS (Special Air Services and Special Boat Services, respectively) were also heavily engaged in the war.

Allies of the Falklands war included the USA and Chile, who supported the UK, providing some diplomatic support. No American military personnel was involved in direct combative roles.

Prominent world leaders of 10 of the 15 voting countries of the United Nations, at the time, voted in favor of the UK’s war activities in the Falklands.

At least 650 Argentinians lost lives in the Falklands War, as well as 255 British military personnel and 3 Falkland Islanders. Of the British casualties, 20 were SAS personnel. 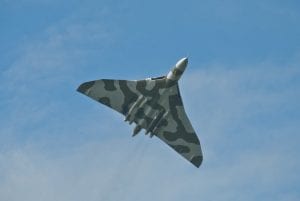 10. Those who lost their lives receive remembrance.

The 1982 Liberation Memorial stands in Port Stanley in recognition of the war.

11. Argentina’s tech may have worked against them.

Older technology in use by the Argentinians’ airpower did not match some of the more advanced technology of the warships used by the British, though the Argentinian pilots caused significant damage to the naval fleet and had supposedly excellent flying skills.

Man to man, hand to hand fighting, resulted in the capture of the Garrison at Port Stanley, which surrendered on June 14th, 1982. 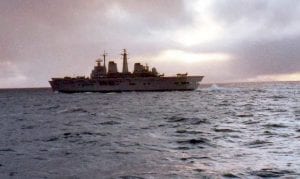 1,400 Prisoners of war were captured by the British during the war and subsequently released amidst much publicity.

14. The Falklands War taught us many lessons – in many ways.

Innovations in treating casualties, including injuries, post-traumatic effects, and in particular burns, were made following the Falklands War.

15. Simon Weston was an enduring figure from the conflict.

War veteran Simon Weston spent almost five years in hospital and underwent 96 surgical operations. This was as a result of up to 46% of his body being afflicted by burns. Weston has become a prominent figure following the War in the British media.

FAQs about The Falklands War

Did the US help in the Falklands War?

Yes - they helped to provide more than 12 million gallons of fuel, as well as extra missiles and shells.

Why didn’t NATO intervene in the Falklands War?

It’s to do with the North Atlantic Treaty - where self-defense rules only apply to the hemisphere above the Tropic of Cancer.

Who discovered the Falklands?

The Falklands were first discovered all the way back in 1592, but the British first landed there in 1690.

Do you know any interesting facts about the Falklands conflict? Share them in the comments below!