The FBI is one of the most famous law enforcement services in the world! We have all seen films about the agency, and all have our ideas about what they do, how they work, and even a little about their history. But how much do you actually know about this organization? Here are some fun facts about the FBI.

1. What does FBI stand for?

FBI stands for the Federal Bureau of Investigation. It is the top federal prosecution agency in all of the United States of America.

The FBI started in 1908, thanks to Charles J. Bonaparte, the Attorney General at the time. He wrote in a memo that there should be a ‘regular force of special agents’. Their duties would be to investigate certain specific cases for the Department of Justice.

3. What was the Special Agent Force?

When looking for agents for the service, Charles Bonaparte started by recruiting old detectives and secret service agents. However, the service was not yet known as the FBI; instead, it was called the Special Agent Force. It was only when George Wickersham overtook as Attorney General that the service became known as the Bureau of Investigation. It eventually became the Federal Bureau of Investigation in 1935, as named by Congress. 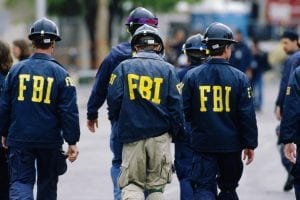 J. Edgar Hoover famously got his first job with the Department of Justice at the age of just 22! He started in 1917, and by 1924 he became the head of the FBI’s forerunner, i.e. the Bureau of Investigation.

5. Limits came in after Hoover.

J. Edgar Hoover served in the FBI for decades. In fact, he was the head of the department for about 48 years! However, he was the only director to ever serve as long as, since his death, FBI directors can only serve for 10 years.

Believe it or not, the famous Christmas film, It’s a Wonderful Life, was once seen as a threat by the FBI! The FBI deemed that the film was promoting communist propaganda by badly portraying bankers in the film, specifically with the villain, Mr. Potter.

Another unlikely threat was none other than Martin Luther King Jr. He became a particularly interesting threat to the FBI after making his ‘I Have a Dream’ speech in 1963. It was then that J. Edgar Hoover deemed him the ‘most dangerous and effective leader’ in the whole country.

The FBI has had to deal with espionage within the service multiple times. In fact, they have arrested eight Nazi spies. Six of them were executed. 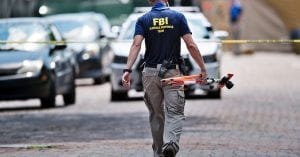 The official top ten most wanted list became a thing back in 1950. A reporter had asked the service who the toughest guys on their list of targets were. The published article got so much attention that J. Edgar Hoover decided to have an official list published frequently. Thanks to the list, about 465 of the 494 most wanted have been caught!

In order to become an FBI agent, you have to go through an intense course at the FBI Academy. The academy is in Quantico, Virginia, at the United States Marine Corps Base. 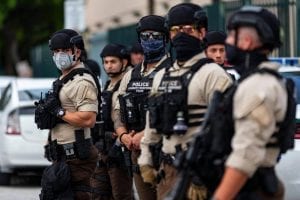 FAQs about the FBI

How hard is it to get into the FBI?

As you can imagine, it is pretty difficult to get into the FBI! In fact, the service only accepts about 20% of the people who apply.

When did women first join the FBI?

1972 - Edgar Hoover was firmly against women joining the FBI. In fact, women were only allowed to join after his death in 1972.

Who is the most famous FBI agent of all time?

Multiple famous FBI agents have been known for their impactful and dangerous work over the years. One of the most famous agents was Joaquín ‘Jack’ García. He was an American-Cuban FBI agent who worked undercover to infiltrate the Gambino crime family based in New York City.

Do you know any interesting facts about the FBI? Share them in the comments below!

This page was last modified on December 14, 2022. Suggest an edit