The Ford Bronco is undoubtedly one of the most successful SUVs ever produced. To this day, it remains a truly iconic vehicle not only just across the US but worldwide. Therefore, as you can imagine, the car has had a pretty varied history. So too, has Ford in general – perhaps that’s a topic for another fact file in the future – let’s wait and see!

However, in the here and now, whether you’ve driven a Bronco before, or have simply admired the vehicles from afar, here’s a stack of interesting facts about the Ford Bronco. Who knows – once you’ve done reading, you might find the inspiration to take a closer look into the vehicles for yourself as part of a classic collection – and why not?

1. The Bronco was with us for a long time.

The Ford Bronco’s lifespan as a Sports Utility Vehicle, or SUV, spanned four decades. These amazing vehicles rolled off assembly lines from 1965 all the way through to 1996. However, they underwent a big relaunch in 2021!

2. The Bronco was a unique SUV.

The Bronco was originally a fairly compact system which was based around a unique chassis. Speaking of unique, it was also the first SUV of its kind to leave Ford headquarters, meaning that it really was a trailblazer for its time.

The original Bronco line offered a choice of three different configurations. There was a basic model available which would have cost you $2,914 (at that time), along with several add-ons available in different lines.

These add-ons included features and facilities such as bench seating, CB radios, tow bars, snowplough functionalities and even bucket seats. 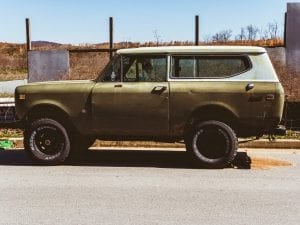 The two main types of Bronco available to the public initially were the Sports Utility and Wagon ranges. The SU variation on the Bronco offered a half-cab style and was technically an everyday pickup. However, the traditional Wagon model would go on to win the public’s attention, as it outlived the SU model.

In fact, the traditional SU pickup version of the Bronco would only persist on the marketplace until the early 1970s, with less than six years on the road.

5. One modern feature was missing.

However, what the very first line of Ford Broncos didn’t have was power steering. This might not have been too commonplace at the time anyway, but due to its lack of size and its relatively light weight for its vehicle type, power steering and braking probably weren’t sorely missed.

The Ford Bronco was originally designed to compete against the hugely popular Jeeps in the 1960s, as well as the Land Rover II. However, believe it or not, the Bronco’s main sight for competition lay in the International Scout!

The Bronco was a real powerhouse when it came to off-road driving, which is likely what made it so popular amongst the wider motoring populace. Thanks to huge enhancements in fuel pumping and oil pan technology, this maiden SUV was able to handle more of the rough stuff than any of Ford’s preceding vehicles.

Broncos were originally designed with simplicity and practicality in mind. Therefore, much of its original stylings were flat and inoffensive, focusing on symmetry more than anything else. However, these vehicles were actually built to offer a comfier, lifestyle-friendly variant to the standard off-roader, likely to appeal to everyday buyers for their households – rather than hobbyists.

The Bronco did, however, undergo massive changes in the decades that followed. For example, it would eventually expand in size to a huge extent, offering big changes towards the end of the 1970s, and eventually moving towards the groundwork it laid for popular SUV models in the 1990s. Unfortunately, it is this decade where the original Bronco production would cease. However, as stated, Bronco fans have 2021 to look forward to. 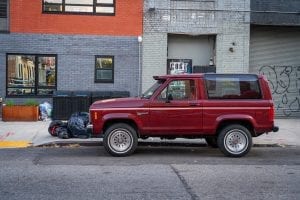 10. You could trust your Bronco.

The Bronco was especially useful in dire situations thanks to its built-in floats and devices, meaning that it was perfectly possible to bounce back from flooding of fuel. In particular, this was brought into place to ensure that drivers could withstand off-roading across some truly steep and rugged terrain.

Production was greatly simplified over time, too, meaning that as well as being largely simple to drive and to work with, it was also one of the easier cars and vehicles Ford pushed through their assembly lines. In the original run, the Bronco emerged with four wheel drive as standard. It also offered simple axle casings which, in the years to come, would change and evolve with demand, and as the market evolved.

There was a rare version of the Bronco which was said to be a vehicle built for the beach. This was the Roadster, and there were only 5,000 ever produced. It’s thought that around 200 of them survive to this day, but numbers need to firm up to attest to this. Believe it or not, this variant on the Bronco was seen as something of a toy – one for the hobbyists, perhaps! It’s definitely a collector’s item in the modern age. 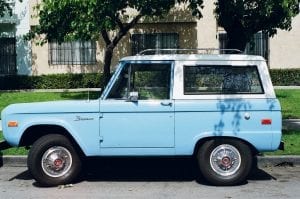 Expedition was the successor to the original Bronco lines, and was also built at Fort Wayne, where the Broncos traditionally rolled out, in Michigan.

The Bronco actually went through more redesigns and generational shifts than many drivers might imagine. It actually saw a total of six different iterations during its initial lifespan, with a seventh on the way.

The Bronco was the brainchild of Donald N Frey – the man who also brought the roads the hugely popular Ford Mustang, another iconic vehicle.

The Bronco would gradually upgrade and improve over the years, with fuel capacities and horsepower largely being among the first few facilities to truly evolve. 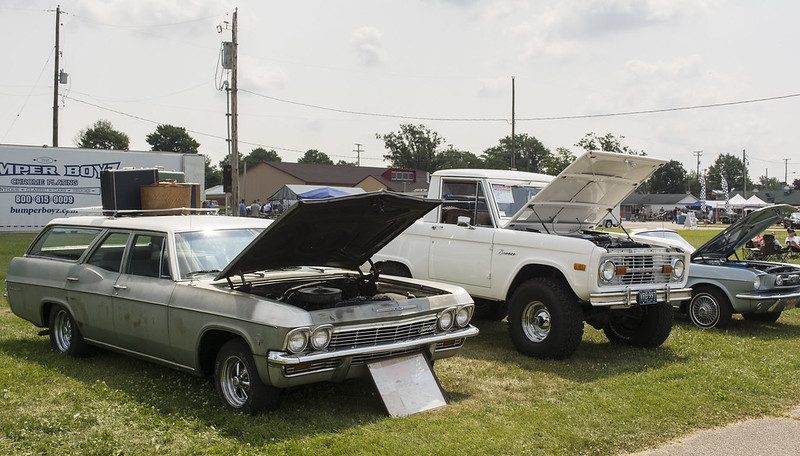 FAQs about The Ford Bronco

Why was the Bronco discontinued?

It’s all about consumer demand - the Bronco simply wasn’t in line with the four-door vogue building when it eventually petered out.

Is a Bronco a reliable vehicle?

Yes, on the whole - it tends to score between 4 and 4.8 stars out of 5 when it comes to reliability.

Are Broncos difficult to find?

Despite the fanfare over the 2021 Ford Bronco relaunch, the vehicle initially proved hard to get hold of - demand was huge, and the COVID pandemic didn’t help matters when it came to production!

Do you know any fun facts about the Ford Bronco? Share them in the comments below!

This page was last modified on February 28, 2022. Suggest an edit