The French Riviera, also known as the Cote d’Azur, is the famous coastline stretching along the Mediterranean Sea in the south-eastern corner of France. The nickname the Cote d’Azur or Azure Coast was created by the renowned poet Stéphen Liégeard.

Today it’s regarded as an ultimate holiday destination, offering glimmering turquoise waters, white sandy beaches, bustling nightlife and world-class shopping and dining. But what else should we know about this breath-taking coastline? Is the Cote d’Azur only a playground for the rich and famous? To experience some of its fanciness read these fun facts about the French Riviera… and prepare to be amazed!

1. How long is the French Riviera?

The French Riviera covers around 550 miles or 885 kilometers.

With its amazing beaches, private, pebbled coves and vast coastline the French Riviera is just perfect for a city-beach holiday.

3. Monaco is a popular spot on route.

Situated on the French Riviera, between Cap d’Ail and Menton, Monaco is the second smallest country in the world. 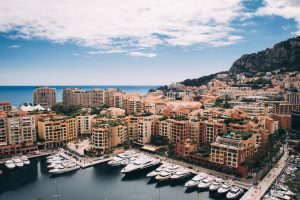 Since 1929, the Monaco Grand Prix has been organized every year.

6. A casino under a hidden guise!

When the casino in Monaco was built, it was called a health spa, since gambling wasn’t allowed by the church.

7. The casino helped to save Monaco.

The casino was built in the 1800s to save the country from bankruptcy.

Nice is the biggest city on the French Riviera. Nice airport is the 3rd largest airport in France after Paris-Charles de Gaulle Airport and Paris-Orly.

One of the most celebrated carnivals in the world alongside Venice and Brazil is the carnival in Nice. It has become one of the most important events on the French Riviera. 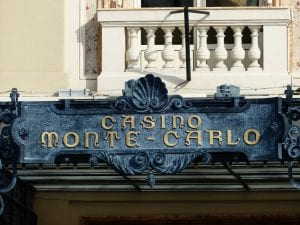 In 2017, Marseille was awarded the title European Capital of Sport.

Cannes Film Festival, one of the most prestigious and oldest film festivals in the world is hosted every year in Cannes. The 2 km red carpet used for the festival is changed 40 times over 12 days.

Cannes film festival was first envisaged in the 1930s by Jean Jay.

Grasse is a commune in the French Riviera that has become better known as the world’s capital of the perfume industry since the Renaissance period. 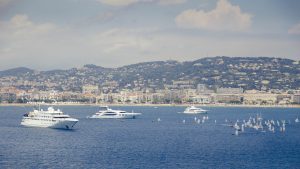 Over 2 million people live on the French Riviera.

14. The names of the seasides here are very particular!

The seaside coasts in France are named after precious stones. Some examples are the mother of pearl coast, the jade coast, and the alabaster coast.

15. The French Riviera pulls in a lot of money.

Close to $5 billion per year is the amount the tourists spend while visiting the French Riviera. 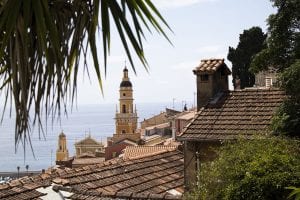 If you visit the prison on Île Sainte-Marguerite, an island located just right outside of Cannes you can see the cell where the “Man in the Iron Mask” spent 11 years of his life.

The oldest jazz festival in Europe is Jazz-à-Juan, set in Juan-les-Pins.

The French Riviera started off as a winter health resort for the British higher class in the late 18th century. 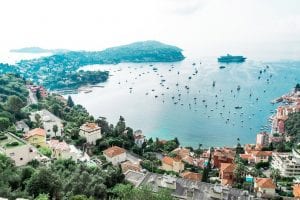 19. It slowly grew in popularity.

In the mid-19th century, as the railway was built along the French Riviera, it became even more popular for British, Russian, and other aristocrats.

Today, the railway is located in the same place but it has been modernized for faster transportation. 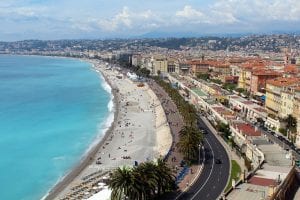 22. The Rocketman has a home here!

Elton John bought a humungous luxury villa, located next to a castle, on the French Riviera.

23. Two months without sunny weather – not half bad!

There are about 300 days of sunshine per year on the French Riviera.

24. Grace Kelly put the region on the map. 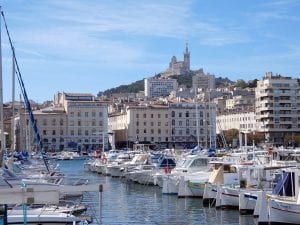 Villa Leopolda, on the French Riviera, is the most expensive house in the world. The property costs $1.2 billion!

150,000 beds are the total accommodation capacity of the Côte d’Azur.

One out of five visitors coming to the French Riviera is traveling “on business or for a conference”. 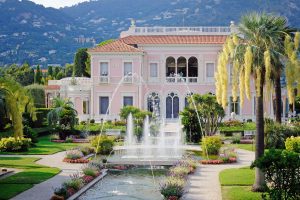 Skiers, get ready! There are fifteen ski resorts on the French Riviera.

On the French Riviera, there are a total of 70 million overnight stays per year. 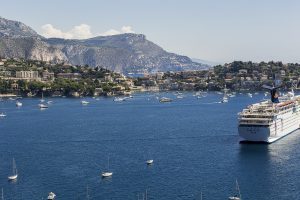 On the French Riviera on average, there are always 200,000 tourists present.

The peak month on the French Riviera is August accounting for 14% of the stays.

Nine out of ten tourists say they are very satisfied with their stay on the French Riviera. 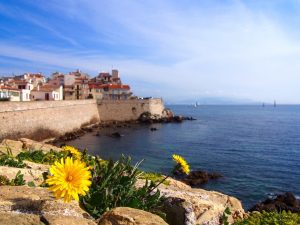 A total revenue of €10 billion is generated from the tourists who stay on the French Riviera.

Three out of ten French tourists to the Côte d’Azur are from Paris. 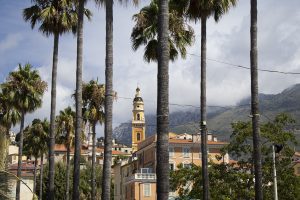 To Catch a Thief, An Affair to Remember, James Bond movies Diamonds are Forever and GoldenEye, The Life Aquatic, Oceans Twelve, and Chitty Chitty Bang Bang are some of the famous movies filmed on the French Riviera.

Every year, 14 million tourists visit the Côte d’Azur. Are you one of them? 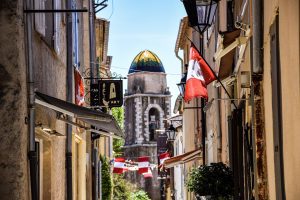 FAQs about The French Riviera

Which cities are part of the French Riviera?

Do people speak English in the French Riviera?

English-speaking people tend to work in tourism here - however, it’s not as fluently spoken amongst the over-40s.

Is the French Riviera safe?

While it’s relatively safe from violent crime, theft and pickpocketing are problems in the French Riviera, so make sure to keep a close eye on your valuables.

Do you know any fun facts about the Côte d’Azur? Share them in the comments below!