Found in Arizona, USA, the Grand Canyon is arguably one of the biggest natural spectacles, bringing in floods of tourists from all over the world to take a closer look.  It is, of course, super-easy to recognize – but what are some of the lesser-known fun facts about the Grand Canyon?

If you’re planning a trip here any time soon, it makes sense to clue up on what makes the site such a breath-taking attraction.  Here are some interesting facts about the Grand Canyon to whet your appetite for a visit.

The Grand Canyon is 277 miles long, 18 miles wide, and 6000 feet deep. That’s an impressive expanse of land, and one you are not going to want to fall into!

The Canyon has only been a national park for just over a century. It earned this status in 1919.  In fact, it was only the 17th natural site in the USA to receive this honor.

3. Get permission to pitch up!

It’s possible to camp overnight at the Grand Canyon, but you’ll need permission to do so. Specifically, you’ll need to appeal to the Backcountry Office for a permit. 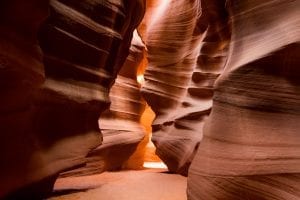 4. The Grand Canyon is bigger than a US state.

Believe it or not, the whole of the Grand Canyon is bigger than Rhode Island, one of the smallest states in the US.

5. But, it’s not the biggest canyon on the planet.

Despite its huge size, there are actually canyons bigger than the Grand Canyon in the world. You’ll find that Nepal’s Kali Gandaki Gorge, and Peru’s Cotahusi Canyon, are bigger in size.

No one’s quite sure how old the Grand Canyon actually is – we don’t have much data to go on! However, best estimates now place the area as over 70 million years old, with the shape of the Canyon having opened up from several smaller gorges and ravines over the years!

This goes against previous beliefs, with many assuming that the site was only around six million years old. It’s still prehistoric – but still!

Apparently, there are many, many rocks missing from the Grand Canyon. Experts will likely tell you about the Great Unconformity – which is where it seems that there are rocks here dating back over a billion years – alongside those which are around 250 million years old.  What happened in the years in between? Will we ever know? Get building a time machine!

8. Will we ever explore every cave in the canyon?

There are caves and alcoves in the Grand Canyon which are still unexplored, and even undiscovered. While many people have sought out at least 335 of these, it’s thought there may be 600 to 700 more.  Are you brave enough to go searching for them?

Only one of the caves is available for public visitation – and that’s the Cave of the Domes. 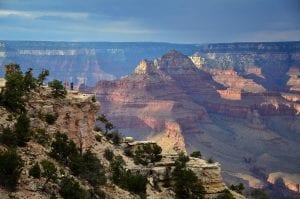 10. Leave the canyon where it stands!

You’re not allowed to take any natural ‘souvenirs’ with you. That includes plants, rocks and ancient artifacts you find along the way.  As the Grand Canyon is a UNESCO World Heritage site, it’s forbidden to take anything like this away from you – and it’s hotly policed!

FAQs about The Grand Canyon

Is the Grand Canyon safe?

There are plenty of safe tours that take place around the Grand Canyon. On average, it’s thought that up to 20 people die at the canyon a year - so it pays to be careful.

Does anyone live in the Grand Canyon?

Yes! There’s a tribe that lives out in the area, specifically, it’s the Havasupai tribe.

Are there any rattlesnakes in the Grand Canyon?

Yes, in fact, there’s a species of rattlesnake - the black-tailed variety - that only lives in this part of the world!

Do you know any fun facts about the Grand Canyon?  Share them in the comments below!