Littered with island paradises, the Indian Ocean is often at the top of many people’s holiday bucket lists.  Think you know everything you can learn about this sunny corner of the world? Read on to discover some fun facts about the Indian Ocean.

1. It’s encompassed by oceans, and is actually relatively small.

Surrounded by Asia, Australia and the Pacific Ocean, the Indian Ocean is the smallest of the three major oceans, stretching between the tips of Africa and Australia and is 28,350,000 square miles in size.

However, its not small by any standards – it accounts for approximately 20% of the total water that covers the surface of Earth.

Its average depth is 3,960 meters, with its deepest point, the Java Trench near the Sunda Islands, off the coast of Indonesia at 7,500 meters.

3. It has many territorial boundaries.

The Indian Ocean’s boundaries are Bangladesh, India, Iran and Pakistan to the north, Australia, Indonesia and Malaysia to the east, Antarctica to the south and Africa and the Arabian Peninsula to the west – and it’s home to some of the worlds busiest ports, including Jakarta (Indonesia), Columbo (Sri Lanka), Chennai, Kolkata and Mumbai (India), Melbourne (Australia), Durban (South Africa). 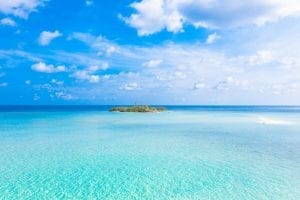 The average temperature of the Indian Ocean is a balmy 71 degrees Fahrenheit (22 degrees Celsius) – making it the warmest ocean in the world!

The Indian Ocean is a popular destination for scuba diving. With crystal clear warm water, it’s home to a wide range of colorful corals and many species of fish, shark, rays, turtles, dolphins and more to explore – it’s little wonder!

The Indian Ocean is home to many ‘paradise’ island nations, including the Maldives, Mauritius, Seychelles, and Sri Lanka.  Which ones are on your bucket list?

7. The Indian Ocean has important connections.

Did you know that the Indian Ocean connects to the Mediterranean Sea through the Suez Canal? Accessible via the Red Sea, the canal was built between 1859 and 1869 and saves a whopping 9,654km circumnavigation of Africa for all ships passing through it!

A lot of big rivers drain in to the Indian Ocean – the largest of these include the Zambezi, the Ganges, the Gascoyne and the Murray River.

8. The Ocean was first crossed in ancient times.

The first person to cross the Indian Ocean was a Greek man by the name of Eudoxus of Cyzicus, around the 2nd century BCE. During this time trade relations grew between the Middle East and India.

9. It quickly became essential for trade.

The Indian Ocean was a significant trade route for the silk trade and was also used by sailors to find a way around Africa. 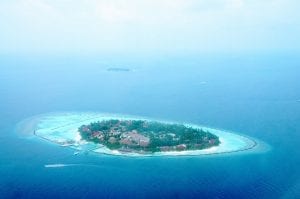 The monsoons mainly control the currents in the Indian Ocean.

The Java Trench and the Makran Trench are the only two trenches in the entire Indian Ocean.

12. Its connections stretch far and wide.

The sea paths within the Indian Ocean are very important for trade, as they provide major sea routes that connect the Middle East, Africa, East Asia, Europe, and the Americas. 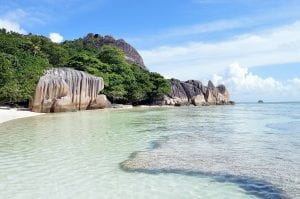 13. Its nickname suggests it’s a great place to relax.

The Indian Ocean is known as the “Zone of Peace”. So, get ready for peaceful tanning and fun in the sun!

In Ancient Sanskrit Literature, the ocean is referred to as “Ratnakar” meaning “the mine of gems”.

The Indian Ocean sands are famous for their mineral-rich sands, hiding some of the world’s rarest minerals, like moissanite, ilmenite, and chromite. 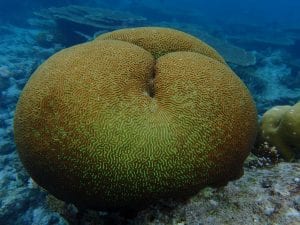 16. You’ll see all sorts of creatures out here.

The Indian Ocean has beautiful, well-defined beaches, dunes, and estuaries and offers a chance for sight-seeing with its majestic Humpback Whales.

17. The Indian Ocean is technically closed-off.

Because it is land-locked to its north by Asia, the Indian Ocean is categorized as a closed ocean.

18. There are some stunning landmarks out here.

Located in the Eastern Hemisphere the ocean passes through the Ninety East Ridge, a structure on the floor of the ocean that runs nearly parallel to the 90th meridian, over 3,000 miles long. 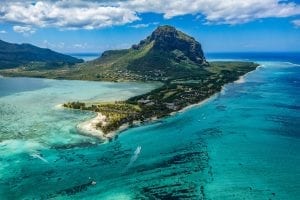 Beneath the surface of the Indian Ocean lies the Kerguelen Plateau, a continent of volcanic origin.

20. The Indian Ocean is still growing.

The Indian Ocean widens by nearly 8 inches each year due to the melting of polar caps.

21. Food can be sparse across the Ocean.

Due to the ocean’s warm temperatures, it’s difficult for phytoplankton to grow in most areas, which is an essential food source for many oceans’ life forms. 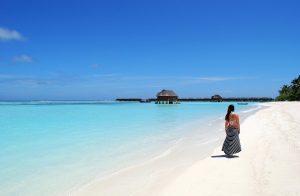 22. The air levels aren’t great, either.

Because of the higher water temperature of this ocean has low oxygen levels and limited marine life.

Although it receives nearly 4,000 miles of river runoff, the water in the ocean evaporates at a high rate, again due to its temperature.

24. There are many, many species out here!

The endangered turtle species, the leatherback, and loggerhead live in the Indian Ocean. 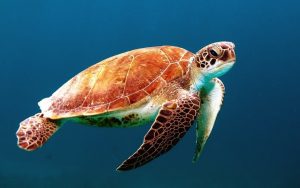 25. Many species are still being discovered.

The finding of many underwater thermal vents in the Indian Ocean led to the detection of vent animals like mussels, anemones, and gastropods.

The Indian Ocean is home to many species of sharks including whale shark, hammerhead, and even great whites.

The Northern Indian Ocean is the most important trade route for oil, connecting the Middle-East with Asia. Tankers carry about 17 million barrels of crude oil from the Persian Gulf each day.

40% of the world’s offshore oil production comes from the Indian Ocean.

As such, the Indian Ocean is exposed to many pollution sources including oil and ship pollution, especially in the Red Sea, Persian Gulf, and the Arabian Sea. 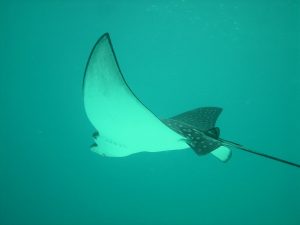 FAQs about The Indian Ocean

Why is it called the Indian Ocean?

Is the Indian Ocean dangerous?

As with many oceans, the Indian Ocean can be very hazardous. Here, that is mainly down to the fierce storms.

What is the Indian Ocean famous for?

It’s famous for many things - but many people will know the Indian Ocean for its incredible trade routes and links.

Do you know any fun facts about the Indian Ocean?  Share them in the comments below!