Used by billions of people all around the world, the internet is a technological ‘wunderkind’. It has changed our ways of communication and perception of the world. What seemed far and unreachable now is within our reach. It’s changed the way we live, work, socialise, and educate ourselves. It has its positive and negative sides but primarily it’s a vast sea of opportunities. All we’ve got to do is use it wisely.

1.  The internet is older than you think.

The Internet was initially created for military purposes by the American’s Advanced Research Projects Agency Network (ARPANET) in the 1960s. It was their answer to the Soviet’s launch of the first man-made satellite into orbit- the Sputnik, during the Cold War.

2.  The internet started life as a ‘galactic network’.

In 1962, J.C.R. Licklider a scientist from M.I.T proposed a ‘galactic network’ of computers capable to talk to one another.

Shortly after the scientists developed a method for effectively transmitting electronic data called ‘packet switching’ that would become one of the essential building blocks of the internet. 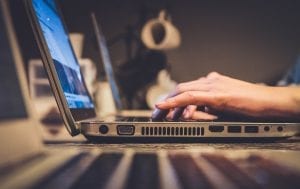 3.  The internet was first used the same year we landed on the Moon.

On the 29th October, 1969 the computers at Stanford University and UCLA connected for the first time. The first message that was supposed to be sent was ‘Login’, but the link crashed on the letter ‘g’.

ARPANET made its first trans-Atlantic connection in 1973, with the University College of London.

Although closely linked, the internet and the World Wide Web are very different systems. The internet is a huge computer network, while the Web is an application used to retrieve the information requested by the users. We can simply say that the internet’s network is the ‘core’ of the Web, and the Web requires the Net to ‘survive’.

Tim Berners-Lee a British scientist at CERN, Switzerland was the one that introduced the World Wide Web in 1989.

The internet became available to the public in the early 1990s.

6.  No ‘one’ person invented the internet.

Unlike other technologies where we are well aware of the inventor, the internet hasn’t got one single inventor but it has evolved with time.

7.  Tim Berners-Lee was the first webmaster.

The first website ever made (info.vern.ch) was published on the 6th August, 1991 by the British physicist Tim Berners-Lee while he was at CERN, in Switzerland. 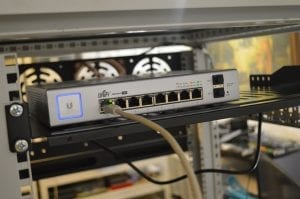 8.  The internet is a bit of a graveyard.

Even though there are nearly 2 billion websites today, only 400 million are active.

9.  Most people are online.

Today nearly 4.57 billion people or 59% of the global population use the internet.

11. English websites are most common.

Websites are developed in more than 200 languages, but few dominate: English, Mandarin, Russian, German, and Japanese. The English language has 25.3% of internet users worldwide and Mandarin 19.8%.

There are around 5.5 billion searches done on Google per day, or over 63,000 search queries done per second. No wonder people say, need an answer- ask Google?

Initially, more than 80% of the Google searches were conducted by the Google staff in the process of developing and improving their search algorithms.

13. Google ranks top of its own results!

Taiwan has the fastest internet connection in the world with 85.02 MB/s (megabit per second).

To put things in perspective, the average global internet speed is 9.1 MB/s. 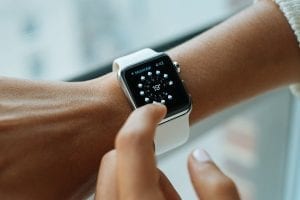 More than 85,000 websites are hacked every day, and 43% of cyber-attacks target small businesses.

There is a hacker attack every 39 seconds. The victim unknowingly runs a maliciously injected script that is executed by a trusted web application. Criminals steal the user’s data or even modify the application. So to stay safe we should always read the information carefully and double-check everything before we “click”.

FAQs about The Internet

Why is it even called the internet?

It’s supposed to mean ‘interconnected network’, or ‘internetwork’ - obvious when you think about it!

Who invented the internet?

While Tim Berners-Lee is credited with inventing the World Wide Web, it was actually Vint Cerf and Bob Kahn who helped to invent the communication standards the internet is based on.

Is the internet actually owned by anyone?

Do you know any fun facts about the internet? Share them in the comments section below!