The jet engine is perhaps one of the most important inventions of all time – it’s helped millions of us get to and from all kinds of destinations all over the planet! We’ve come a long way from the Wright Brothers’ flight to aerospace engineering in a very short space of time, too. If you’re brushing up on your aerospace facts and figures, here are a few vital and fun facts about the jet engine you might want to remember.

It’s thought that the original jet engines may date all the way back to ancient Egyptian times – ancient civilizations have been trying to work out how to take to the skies for a long time. The ‘aeolipile’ system drawn up by the Egyptians was considered a steam-powered functionality – incredible, considering this was the first century AD!

It’s likely you’ll find jet engines in many cars and vehicles that attempt to take on land speed records, as well as in drag cars. Even some trains use them, too!

3. Why stop at vehicles?

You’ll also find that jet engines are used to help support power plants, too – they can help generate power and run liquid pumps. 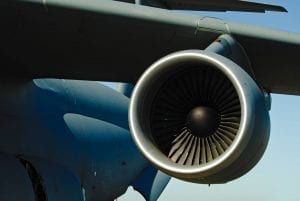 4. Guillaume’s jet engine design could have changed everything.

Maxime Guillaume is the man responsible for patenting gas turbine air travel – though he never saw his work come to fruition. There simply wasn’t the technology available at the time, back in the 1920s!

5. ’Jet engine’ covers quite a bit of ground.

Jet engines cover a lot of different technology. The umbrella term is widely used to refer to rocket engines and ramjets, too!

6. Ready to ride at the speed of sound? Buckle up!

Air-breathing jet engines are thought to help vehicles achieve speeds unlike anything we’ve ever dreamed of. It’s possible you could break the sound barrier in a car running with a jet engine! Seatbelts, everyone!

7. Pit stops were once a necessity.

Jet engines no longer need refueling. In recent years, developments in twin-engine technology now allow for a vehicle to run from two tanks of fuel without the need to stop. How’s that for efficiency?

8. Power varies – pick wisely for the most thrust!

Jet engine power really does vary on the vehicle in use. For example, a jet engine used in a Boeing 777 boasts a blistering 52,000 horsepower, maximum! That’s almost three times as powerful as the jet engine you’ll find in a comparable Airbus 320.

9. Could jet propulsion have started in China?

The jet engine is said to have origins in China, despite the fact that ancient civilizations elsewhere had been working on designs for centuries. It’s thought that jet propulsion came about around the same time as fireworks and gunpowder – explosive stuff, indeed! 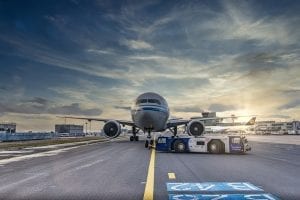 10. Whittle picked up where Guillaume left off.

Frank Whittle is one of the most famous names in jet engine history. It’s Whittle who helped to patent workable engine plans, using axial and centrifugal compressors – simpler and more efficient than Guillame’s model!

Jet engines are, by and large, somewhat like traditional piston engines – because their blades are always spinning, however, they need a constant source of fuel. However, the general principle is fairly similar! 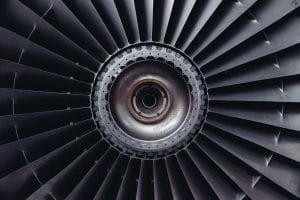 FAQs about The Jet Engine

What is the engine inside a jet called?

Jet engines are called and named all kinds of things, however, you may have most commonly seen them referred to as gas turbines. ‘Jet engine’ is a term used to cover a lot of bases - as the technology is fairly complex stuff!

Why is a jet engine so powerful?

Jet engines generate so much power thanks to their massive air intake and fuel burning - it’s all about the capacity to take on and burn fuel in huge amounts, on the whole! This, of course, is just a simple explanation!

How do jets travel so fast?

Much of the speed jets fly at is to do with their engines or turbines, however, streamlined wings help to lessen air drag, and therefore planes and jets can cut through air quicker and more smoothly.

Do you know any fun facts about jet engines? Share them in the comments below!

This page was last modified on November 10, 2022. Suggest an edit