For women all over the world, menopause can bring about big changes to how their bodies transition – from fertility into infertility later in life. It can be a difficult transition for many women – and it can affect different women in varying ways, too. It’s important to know what’s fact and what’s fiction when it comes to menopause – and in this fact file, we’ll run through a handful of interesting facts about the menopause to sift through the myths.

Menopause normally occurs as a result of a slowing of oestrogen and progesterone production. However, it is also generally defined by ovarian or egg production slowing down. Ultimately, it is the process women go through when approaching infertility.

2. Menopause can occur at various stages of women’s lives.

Menopause can occur in women at various ages. While it is generally associated with later life, many women can start experiencing the process in their 40s. However, some women can still conceive into their 60s.

3. The average age is clear, but shouldn’t be used as a benchmark.

The average age for a woman entering menopause is around 50 years old. However, as stated, this isn’t a general marker for all women to measure by. 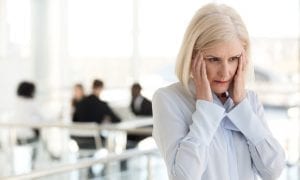 4. What are some symptoms of menopause?

Menopause symptoms can differ from woman to woman. Some of the most common symptoms include hot flashes, which can cause skin blotching and feelings of intense warmth. They can happen several times a day, and may last months at a time.

5. Contraception may still be necessary.

Women experiencing menopause are still encouraged to use contraception if sexually active. Safe sex is still encouraged because they still may be at risk from sexually transmitted diseases, too. What’s more, it is generally advised by medical professionals that women continue taking contraception up to a year after having their last period.

In some cases, menopause may need medical attention – it is not necessarily something women have to handle on their own. For example, if you experience menopausal symptoms before the age of 50, it is recommended that you seek medical care to help you through the process.

Menopause can affect sleep quality. Those women suffering from insomnia during this time should counteract such problems with added exercise – and, where possible, lower alcohol intake!

8. It can be a distressing time.

Menopause may be upsetting or frightening to many women, however, it is completely natural. It is a temporary process that many women see as a new stage of their lives opening up. There may be hormonal changes, but it’s important to note that menopause won’t impact on how long you live.

It may be possible to still give birth after menopause. Through breakthroughs in medical technology, women may be able to conceive by accepting donor eggs to carry. However, this process is a high risk of miscarriage. 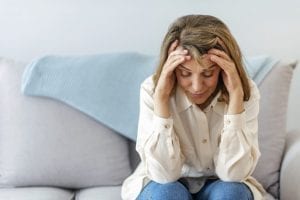 10. We live in more enlightened times.

Attitudes towards menopause – and treatments for symptoms – have changed massively over the years. And thankfully so! In centuries gone by, doctors may have referred to menopausal women as being hysterical – many were even sectioned. Thankfully, times have changed – and we now have a clearer medical understanding.

11. Could diet differences hold the key?

Some women experience fewer symptoms during menopause than others – and studies suggest this may be due to local diets! For example, research showed that Japanese women appeared to experience fewer menopause symptoms than many elsewhere in the world. 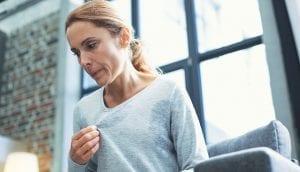 FAQs about The Menopause

What are the three stages of menopause?

Menopause is generally measured in three stages to account for the process. It starts with the perimenopause, leading into the menopause itself, and followed by the postmenopause.

What are the first signs of the perimenopause?

When does perimenopause start to occur?

Perimenopause can start occurring in women in their 30s and 40s - but the full menopause will likely not occur until they approach their 50s.

Do you have any interesting facts about the menopause? Share them in the comments below!

This page was last modified on November 15, 2022. Suggest an edit