The New Forest National Park in Hampshire, is an area with a fascinating history.  It was created by the Norman King, William the Conqueror in 1079 and remains one of the largest and most popular tracts of unenclosed land in England.

Thinking of visiting this green and pleasant district for this years staycation?  Here’s some fun facts about the New Forest for you to discover…

The New Forest is a mosaic of lowland heath wetland and woodland, it’s the largest remaining Royal hunting forest in the UK, and much of it remains Crown land. The last monarch known to hunt here was King James II, over 300 years ago.

In 2005 the New Forest was designated a National Park in a bid to protect its unspoiled natural beauty for generations to come.

Its wooded areas were once set aside for the King to use exclusively for hunting deer. 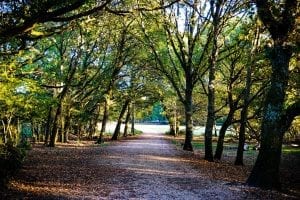 The Rufus Stone is a memorial to King William II.  It’s the location that on a fateful hunting trip on 2nd August 1100, Sir Walter Tyrrell shot an arrow at a stag that glanced and struck the king, killing him instantly.

5.    The New Forest is a free range attraction!

Large numbers of ponies, donkeys, cattle, wild deer and during the Autumn, pigs roam free in the New Forest.

Along with the many agricultural animals, the New Forest is also home to a wide variety of wild animals, including badgers, foxes, squirrels and even the UK’s only poisonous snake, the adder.

Some of the residents have ancient ‘commoner’ rights where they can turn their livestock out to graze within the park.

Every year at the end of July, the annual New Forest Show is held at New Park Farm near Brockenhurst and is a celebration of food, farming and the countryside.

Known as the capital, Lyndhurst is the administrative heart of the New Forest. 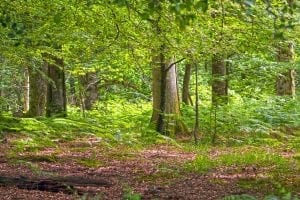 10. A famous wordsmith is buried here.

The church in Minstead near Lyndhurst, is the resting place of Sir Arthur Conan Doyle, famous for writing the Sherlock Holmes novels.

11. In fact, there are more literary links.

Talking of famous residents, Alice Liddell, the little girl that inspired Lewis Carroll’s ‘Alice’s Adventures in Wonderland’ lived in Lyndhurst  and is now buried in the churchyard here.  If you’re looking for her grave, you’ll need to search for Alice Hargreaves – her married name.

12. The New Forest is an immense tourist attraction.

The New Forest welcomes 13.5 million visitors a year.  The majority of these are day trips. 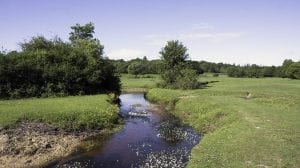 13. There are museums galore here.

One of the most popular days out is a visit to the National Motor Museum in Beaulieu where you can view an incredible array of vintage and historic vehicles, including many of the vehicles from the James Bond films.

14. The New Forest even has an impressive coast!

The New Forest boasts over 40 miles of coastline with views across to the Isle of Wight from 5 stunning beaches – from Christchurch Bay to Redbridge, Southampton.

FAQs about The New Forest

What’s the nicest part of the New Forest?

That’s all down to personal taste! However, many visitors adore visiting Lepe Beach, the Ancient Woodlands, and Telegraph Hill.

Is it expensive to explore the New Forest?

Not generally, but living here is a different matter - there are no other national parks in the UK that are as expensive.

What’s the oldest part of the New Forest?

The oldest spot in the New Forest is a tree - it’s the Knightwood Oak, which is said to be almost 600 years old.

Do you know any fun facts about The New Forest? Share them in the comments below!

Are you interested in the south coast of England? Check out these amazing facts about Hampshire…