The Olympics is one of the most celebrated sporting events in the world, an undertaking that happens every four years which tests the mettle of athletes from all over the planet. If all you know about the Olympics is the schedule and the countries that have hosted the games in recent times, the following fun facts will blow your mind:

1.    The Olympics used to have spiritual connotations.

The Olympic Games are a sporting event today. But in ancient times, they were a religious celebration used by the Greeks to honor Zeus. Records suggest that they started in the 8th Century.

The Olympic Games continued for 12 centuries before the rise of Christianity brought them to a close. Emperor Theodosius I decided to ban all pagan festivals. The Olympics were among the events that ceased to exist as a result.

3.    It took a millennium and a half to bring them back!

1500 later, the games were resurrected. A French scholar by the names of Baron Pierre de Coubertin launched a campaign across Europe to revive them. He succeeded. The games were finally held once more in 1896 in Athens. 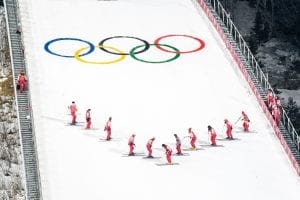 Coubertin, who is credited as the founder of the modern Olympics, also designed the five interconnected rings, the symbol for the games. This was in 1912. The rings represent the five major regions of the world. The rings are colored. Every national flag has at least one of these colors.

Abebe Bikila was the first African to win a gold medal. He ran a marathon in 1960 that was made famous by the fact that he wore no shoes.

The oldest athlete to compete in the Olympics was Oscar Swahn, a Swede who was 60 when he won the gold medal for marksmanship (1908) and 72 when he won the silver medal at the Antwerp Olympics.

The youngest Olympian was Dimitrios Loundras, a gymnast who was 10 when he won the bronze medal in 1896.

No one will ever beat Dimitrios’ record. This is because it was decided in 1997 that participants in the Olympics couldn’t be younger than 16.

People initially followed the goings-on of the Olympics by listening to the radio. Germany changed all that during the Berlin Olympics (1936) when theirs became the first event to be televised across the country. 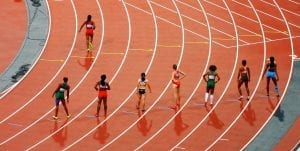 10. The Games were cancelled multiple times.

In the beginning, before they were banned, only men could participate in the Olympics. They wore no clothes. Their objective was to honor the gods by oiling themselves and looking masculine.

This was at a time when the Olympic games would last six months.

12. Women joined the games around the turn of the century.

Women started appearing in the games in 1900. 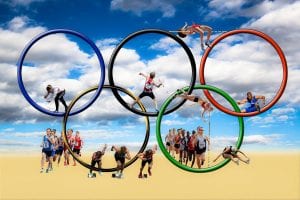 The 2012 London Olympics lasted a little over two weeks. And yet the Olympic Village required 165,000 towels.

15. The torch has an interesting history.

The Olympic Torch is lit by an actress dressed as a Greek Priestess. She uses a parabolic mirror and the light of the sun to get the job done. This was the way it was done in ancient times and the tradition has survived. 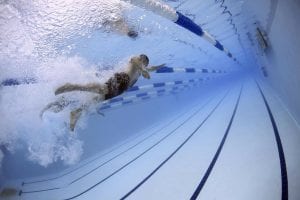 The Olympic Torch has been to space on more than one occasion. Obviously, it wasn’t lit.

In 2012, all the participating countries in the Olympics sent female athletes. It was the first Olympics in which something like this happened.

The gold medals are not made of gold. The primary component is silver with a little bit of gold. A medal of pure gold would cost $28,000.

19. Only five nations have appeared at all Summer Games.

Australia, Greece, France, Britain, and Switzerland have made an appearance in all modern summer Olympic Games. 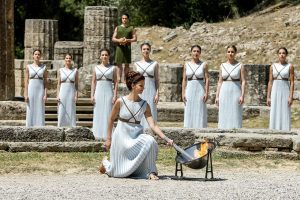 The Olympic flame being lit, Athens

FAQs about The Olympics

Why are the Olympics held every four years?

This reflects the Ancient Greek standard of measuring in Olympiads - which were four-year periods.

Which sports have been dropped by the Olympics?

Baseball was once dropped from the Modern Olympics, but this decision has since been reversed.

There have been plenty, but live pigeon shooting - which is likely to be distasteful and considered cruel nowadays - is one of the weirdest!

Do you know any fun facts about the Olympic Games?  Share them in the comments section below!

Are you fascinated with the Olympics? We’ve got more – check out these fun facts about the Winter Olympics