The US is home to some of the most impressive and most fascinating defense systems and services. The Pentagon, of course, is famous for being the main HQ of the US’ Department of Defense.

Therefore, much of the country’s important protective decision-making takes place here, meaning that, without it, the US would be a lot less safe to live in. There’s more to it than just five sides and secretive operations. Let’s take a closer look with these interesting facts about The Pentagon:

1. Where is The Pentagon?

The Pentagon is located in Washington DC, USA, just across the Potomac River and 5.2 miles from the White House.

In total, it covers around 6.5 million square feet of ground – very easy to get lost in, you might think, but as a defense stronghold, it is meticulously laid-out and organized.

In fact, there are miles upon miles of corridors lining the Pentagon’s interior. You’ll find around 17 miles of them in total!

The Pentagon infamously came under attack during the 9/11 terror disaster, in which many lives were lost in the destruction of the World Trade Center buildings in New York. The Pentagon suffered, too, with 189 people dying as a result of Flight 77 hitting Wedge 3 of the building.

However, it is thought that renovations on the building may have helped to save many more lives in the disaster. That’s because only a fraction of the workers due to head back to Wedge 3 were actually present when the plane struck. 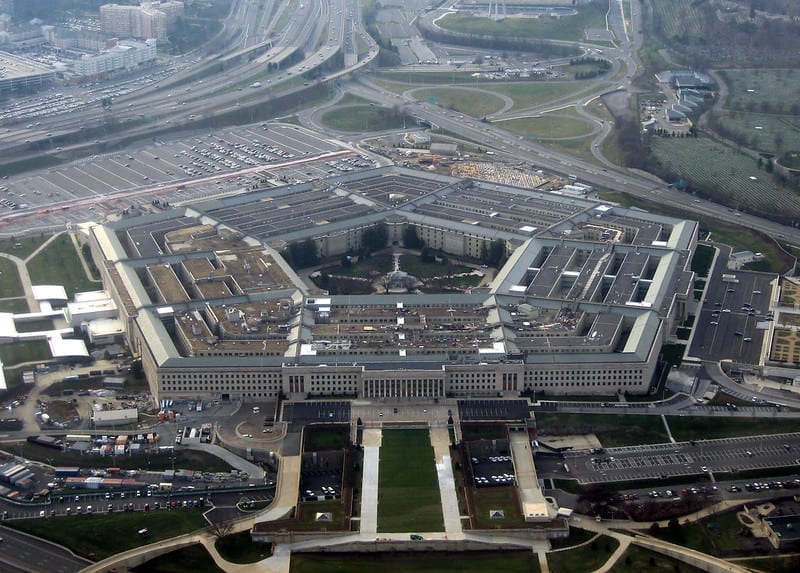 4. It took less than two years to build.

Building the Pentagon didn’t take long at all – quicker than you might think. Foundations started laying in late 1941, and people were able to start taking up offices in the building by April 1942. End to end, it’s thought to have taken less than two years from foundation laying to fully operating.

In fact, it’s thought that the original Pentagon architects were a little overwhelmed by pressure. The building was raised as an absolute priority by the state – and this resulted in building work often starting before designs were drawn up!

The Pentagon plays host to more than 26,000 employees. These include military staff, and what’s more, it’s a huge tourist hotspot. It’s thought that the building welcomes over 100,000 people on tours each and every year.

6. It was a leader in certain social aspects.

The Pentagon broke down plenty of boundaries when it came to segregation. In Virginia at the time of building, segregation laws were still in place – however, changes in the law made by President Franklin D Roosevelt allowed for the Pentagon to avoid the segregation rules offered by the state. This actually made it the first non-segregated building of its kind in Virginia, meaning that racial division was avoided on-site from the beginning.

That, however, doesn’t mean that there were never issues regarding racial inequality. Thankfully, the construction went ahead, and FDR was able to break down these social barriers, at least, to allow everyone to work together.

7. It’s shaped this way for a reason.

The Pentagon is so-shaped as a result of problems with surrounding roads and buildings. G Edwin Bergstrom, lead architect on the project, saw an asymmetrical design as the only real way to fit such a large building with such demand into the site.

However, the building of the Pentagon was largely overseen by Colonel Leslie Groves. He was also known for his oversight of the Manhattan Project, which would of course be responsible for the atomic bomb.

8. It’s quicker to get around than you might think.

Despite the huge size of the building, the Pentagon is surprisingly easy and quick to traverse. That’s mainly thanks to its unique shape. It’s mainly built in straight lines, which means it’s extremely easy to get from point to point.

There are a huge variety of food courts on-site at the Pentagon. Believe it or not, stalls set up by Taco Bell, KFC and Starbucks are easy to find. Naturally, as Pentagon staff are required on-site throughout their working day, it makes sense that fast food should come to them, and not the other way around! 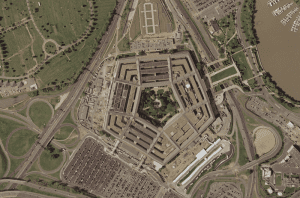 Finally – believe it or not – Russian forces very nearly took military action against a hot dog stand in the Pentagon during the Cold War. That’s because the stand at the time was in a central location, surrounded by the building’s main stronghold – they thought it was the epicenter of war talks!

FAQs about The Pentagon

Can I tour the Pentagon?

It is possible to tour the Pentagon on an official basis - but bookings need to be made well in advance.

How big is the Pentagon?

The Pentagon site covers an impressive 583 acres of ground!

Is the Pentagon the biggest office in the world?

Do you know any interesting facts about the Pentagon?  Share them in the comments below!

This page was last modified on October 5, 2021. Suggest an edit