The Porsche 911 is an iconic and popular sports car famed for its looks as well as for it performance. Many people will state this sports car as one of their all-time favourites.

1. The name changed thanks to a trademark.

The original name for the car was actually ‘901’, but in 1963 Porsche had to rename due to a claim from Peugeot stating it had a trademark on ‘digit-zero-digit’. This is how the number changed to 911.

2. It’s been named one of the greatest cars of all time.

In a 1999 edition of the Global Automotive Elections Foundation’s Car of the Century, the Porsche 911 placed in the top 5.

3. However, there’s many different versions. 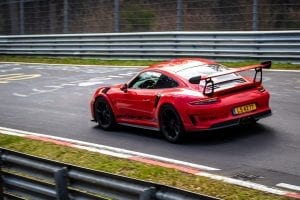 4. They are only made in one place.

It is only manufactured in the factory located in Stuttgart, Germany.

The factory makes about 110 models a day.

6. They really do tear around!

The 911 GT2 RS MR is the fastest road-legal sports car.

Believe it or not, back in the 70s, a plan was almost set in motion to replace the 911 with a 928, however, because of significant employee and market outrage, this did not happen. If it had, the 911 would not have been able to have made the impact it has.

8. The Carrera 2.7 changed everything.

In 1972 the Porsche 911 Carrera 2.7 was launched. It is one of the most recognisable models of the famous sports car, thanks to its iconic ‘duck’duck-bill’ rear end and spoiler.

There was also the 2017 Porsche 911 Turbo S Exclusive series which featured a more powerful performance, elegant materials, lots of detail and overall a very unique design. 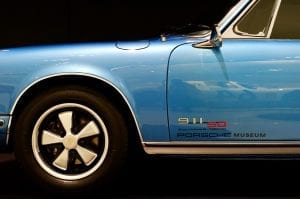 10. By Exclusive, they’re not kidding.

Only five hundred Porsche 911 Turbo S Exclusives were made.

Issued for a time was a twin version of the 911 named the Porsche 912. 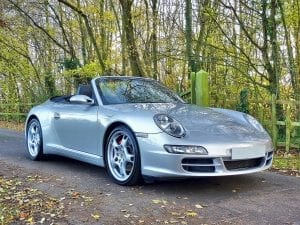 13. There was Beetle parts in Porsche successors.

Due to component shortages, Mr. Porsche started using parts from the Beetle to work on his next car — the Porsche 356. More than 75,000 were made over 15 years.

If you don’t want one of the set colors the company will custom paint a car in any color, for a fee.

15. There are many different engine types, too.

The plant where the cars are manufactured makes more than 20 different versions of its famed six-cylinder engines ranging from 255 to 535 horsepower. 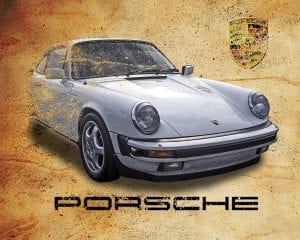 16. Porsches have been around for ages.

Ferdinand Porsche designed the first hybrid gasoline-electric car ever made at age 25 back in the 1900s.

18. The Beetle came about after Hitler approached Porsche.

In 1934, he was also asked to create a car by Adolf Hitler, as a response he created the Volkswagen Beetle. 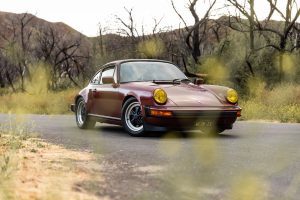 Out of all of the releases from the company, the Porsche 911 is the biggest seller.

Porsche at the Movies

As you might imagine, this car is a favourite to be featured by filmmakers in their movies due to its great looks and epic performance. Here are three times the Porsche 911 had a starring role.

This is one of the earliest movies to feature a Porsche 911. The film starred Robert Redford, who happens to be a car guy himself (or at least was at the time of the interview) and has owned many Porsche’s over the years.

This Will Smith and Martin Lawrence film features a Porsche 911 that belonged to the director Michael Bay as, according to himself, “The studio didn’t want to rent a car, and we didn’t have the money to rent one. And Porsche didn’t want to support the movie. The funny thing is, at Porsche, when they saw the movie in Germany, they threw us a ‘Bad Boys’ party. It’s funny how they didn’t initially believe in it.”

Several Porsches can be seen in this film, including the 911S in Slate Grey and driven by the legendary Steve McQueen. 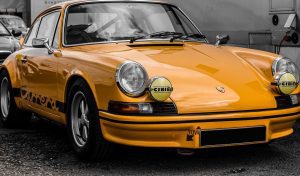 FAQs about the Porsche 911

Which year Porsche 911 is the best?

Is the Porsche 911 expensive to maintain?

Yes - to the extent where it’s considered perhaps the priciest of all sports cars to keep up to speed!

Do you know any fun facts about the Porsche 911?  Share them in the comments below!

Are you fascinated with fabulous sports cars? Check out these amazing facts about Aston Martin…