Ever traveled to the Red Sea before?  This fascinating body of water is likely to be one of the most traveled on the planet, however, there is plenty about the sea that many people may not be aware of.  Its shoreline shares between multiple countries across the Middle East, and as such, it’s an important route for trade.  Here’s some fun facts about the Red Sea – time for you to clue up!

1. The Red Sea is amazingly salty.

The Red Sea is home to some of the saltiest water on the planet, largely thanks to the sheer heat, as well as the evaporation levels in the region.

The Red Sea is thought to be around three times the size of Greece in total area! That’s almost 440,000 square km.

However, around a quarter of the Red Sea is actually less than 160 feet deep!

Despite its shallow parts, the Red Sea is hugely popular with divers and snorkellers from all over the world. 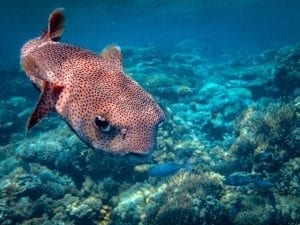 4. Its name is a genuine mystery.

But why is the Red Sea called the Red Sea? No one’s actually sure.  The origins of the name vary between theorists.  For example, some assume that the orangey flowers and algae beneath the waves are responsible.  Others believe that the reddish mountains towards Harei Edom are to blame.

5. Millions of creatures call it home.

The Red Sea is abundant with incredible aquatic life. For example, you are likely to find around 44 different species of shark in these waters alone, along with around 1,200 different fish species.

The Red Sea is generally seen as a useful sea route for trade, allowing shipments to sail from Eastern Asia towards mainland Europe. Therefore, it’s likely to be one of the busiest waterways on the planet at any given moment.

Islands are still forming in the Red Sea! A number of new land masses emerged as part of the Zubair Archipelago at the start of the last decade.

It’s thought that France once attempted to invade and capture Egypt via the Red Sea. As history tells us, they weren’t successful.

9. There’s a palette of oceans!

The Red Sea is only one of four seas on the planet named after colors. The others are the Yellow Sea, the White Sea and the Black Sea. 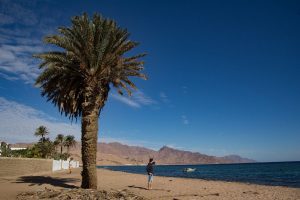 The huge salt content in the Red Sea is actually thought to be beneficial to our health. That’s because the minerals, salt levels and black sand could help the way our blood circulates and could even help with joint pain.  Don’t go drinking it, however!

The Red Sea is full of intriguing shipwrecks, some of which sunk here as long ago as the Second World War!

The Red Sea also appears in the Bible – as Moses famously separated the waters to help the Israelites escape to freedom from Egyptian rules. 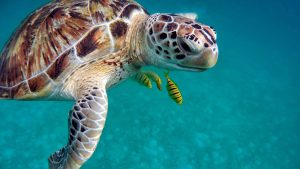 13. Without it, trade would go wanting.

Around 7% of all sea trade occurs through the Suez Canal, which links the Red Sea to the Mediterranean.

FAQs about The Red Sea

Can you float in the Red Sea?

Yes - much like the Dead Sea, it’s entirely possible to float as a result of the high saline content in the Red Sea.

Are there sharks in the Red Sea?

Does the Red Sea connect to an ocean?

Yes, the Red Sea connects directly to the Indian Ocean via channel.

Do you know any fun facts about the Red Sea? Share them in the comments below!