Is our Solar System the centre of the universe, a few grains of sand on an entire beach, or simply the very limit of what we know about space? Take a look at these 13 fun facts about the Solar System to answer those questions…

1. There’s a fiery moon out there.

Jupiter has a moon called Lo which is covered in volcanos.

2. Mars has an impressive peak.

However, the biggest volcano ever found is on Mars. It’s 16 miles high, which makes it three times higher than Mount Everest.

Venus is constantly in the midst of a planet-wide hurricane. 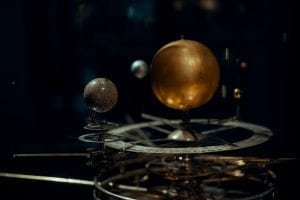 4. Mars is probably colder than you think.

Mars has ice at both of its poles.

Craters on Venus can be seen that are full of ice.

6. We’re exploring as much as we can.

We’ve already sent spacecraft to every planet in the solar system.

The last man to walk on the Moon was the commander of Apollo 17, Eugene Cernan.

Mercury has tectonic plates that behave much like those on Earth.

For some reason the atmosphere on Pluto is 1,000 miles thick! 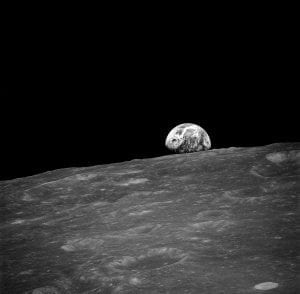 10. Saturn doesn’t hold all the rings.

It’s not just Saturn that’s blessed with rings — we’ve found plenty of asteroids with them too!

11. Take an umbrella with you to Jupiter…

Jupiter’s Great Spot is thought to be one of the largest, most violent storms in the solar system. It has however halved in size over the last 400 years.

12. Neptune is really bubbling away.

Neptune gives off more energy than it receives from the Sun. 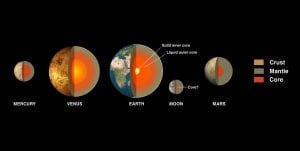 Jupiter is 317 times larger than Earth!

Miranda, Uranus’s moon, is thought to be several large pieces of debris joined together.

FAQs about The Solar System

What are the planets of the solar system?

The currently recognized planets of the solar system are Mercury, Venus, Earth, Mars, Jupiter, Saturn, Uranus and Neptune. Pluto used to be classed as a planet, but is now officially designated as a dwarf.

What is the hottest planet in the solar system?

While it is not closest to the Sun, Venus is the hottest planet thanks to its incredibly dense atmosphere.

Is Saturn a cold planet?

Do you know any fun facts about the Solar System? Share them in the comments below!