As you probably already know, the US is a nation of sports lovers. Perhaps the most popular of all sport in the US is, of course, the Super Bowl! Held every year, this epic clash between two of the biggest teams in American Football compete head to head for the coveted trophy. However, across the nation, the Super Bowl is more than just a simple football match. It’s a true event – one where families and friends come together for huge parties and buffets, and where advertising companies go crazy for unique, vibrant commercials.

But surely there’s more to this yearly fixture than that? Sure thing! Here are some interesting facts about the Super Bowl you might not already know. 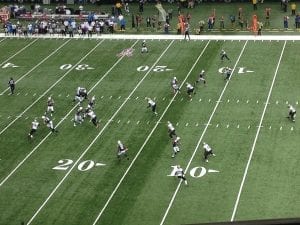 Do you have any interesting or fun facts about the Super Bowl that we’ve missed?  Share them here in the comments section below!

How to Maximize Your Potential as a Basketball Coach