It comes in and out like a metronome, but is there more to tides than meets the eye? Turns out there’s more than you could ever imagine… Let’s take a look at these fun facts about the tide:

1. What even causes the tide, anyway?

The tides are caused by a combination of the Earth’s rotation and the gravity of the Sun and Moon.

2. They arrive four times a day.

There are two high tides and two low tides every day. This process actually takes 24 hours and 50 minutes in total.

3. We’ve been studying the tide for centuries.

Seleucus of Seleucia postulated the role of the Moon in 150 BC. 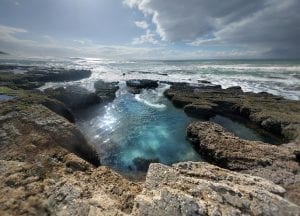 4. However, Newton firmed up the theory.

The mathematical description was introduced by Sir Isaac Newton. Centrifugal force caused by rotation is a big part of his explanation.

This is because the gravity we experience from our lunar neighbor is only 1/10,000,000 that as strong as from the Earth’s surface.

Maximal tides occur when the 3 celestial bodies align and pull in the same direction.

The Bay of Fundy in Canada has the honor of being home to the world’s highest tides.

7. Spring tides aren’t quite what they seem.

Spring tides are stronger, but have nothing to do with the season of spring.  Spring tides happen twice a month throughout the year.

They occur when the Moon and Sun are on the same side of the Earth.

8. Neap tides are altogether rather different.

Neap tides are noticeably weaker. They only happen when the Moon is at 90 degrees to the line between Earth and Sun.

9. Life on Earth depends on the tide!

Tides are responsible for creating homes for thousands of types of plants and wildlife. 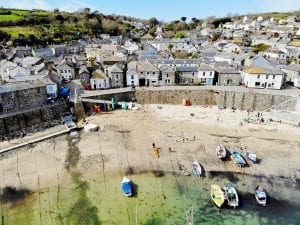 FAQs about The Tide

What does it mean to go with the tide?

Going with the tide means that you tend to agree with popular opinion. The reverse is known as going against the tide.!

Why is the tide lower during a full moon?

It’s largely to do with the sun combining with the Earth to help create huge high tides, and extremely shallow low tides.

Where in the world is there only one tide per day?

There are parts of the world where there are very few tides - the Gulf of Mexico, for example, only tends to have two tides a day.

Do you know any interesting facts about the tide?  Share them in the comments below!