The United Nations is one of the most important bodies active in the world right now. Few other organizations bring together representatives from almost every territory on Earth, coming together to discuss critical matters and measures which will impact humanity as a whole. The UN came into being as a result of the work of two US Presidents, and multiple countries who pledged an end to war after the fall of Nazi Germany in 1945.

The world, of course, remains a complex, conflict-ridden and sometimes frightening place. However, the UN is in place to ensure that there is at least some light in the world, helping those who are persecuted, starving, or impacted by atrocities. Despite this highly confusing world we live in, the UN is a steadfast force, allowing all nations to come together to work towards a brighter future.
Here are some fun facts about the United Nations which are well worth remembering!

1. When was the UN founded?

The United Nations, or UN, was founded in 1945. It is a body of 193 member nations working together for the common good.

2. The UN covers lots of ground.

The United Nations consists of 193 Sovereign States. That is, membership based on the sovereign policy of equality for its members, whereby peaceful means are used to resolve disputes.

3. It used to cover global concerns.

Originally, the United Nations did not involve itself in domestic disputes, instead focusing on broader international issues. 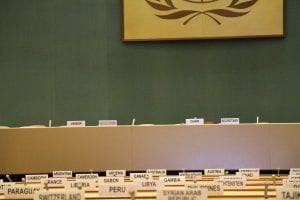 4. There are five parts to the UN.

The United Nations is formed around five core entities. They are the Economic and Social Council, the Security Council, the International Court of Justice, the UN Secretariat, and the UN General Assembly.

5. What is the Secretary General?

The most senior role in the United Nations is that of Secretary General. The post is generally held for five years and the incumbent is appointed by the General Assembly.

The Secretary General of the United Nations at present is Antonio Guterres. He took office in 2017 on New Year’s Day.

6. Not all countries take part in the UN.

While there are plenty of countries who are included in the UN, several still aren’t. This is largely because they are countries which have conflict with some member states.

For example, Kosovo is not included in the UN. This is because there is yet to be a majority vote agreeing that the state actually exists.

The Vatican City, too, is not recognized in the UN’s member states, and this is thought to be as a result of religious conflict.

7. The UN helps the hungry.

The UN helps to provide food to starving people all over the world. It’s thought to help more than 91 million people, across 83 different countries and counting.

8. The UN has bases all over the world.

The UN is based in New York in the US. However, there are three major satellite offices for the UN in Geneva, Switzerland; Nairobi, Kenya; and Vienna, Austria.

9. It’s all about human rights.

The UN was formed after World War Two, and was built to promote social progress, to maintain peace and security, and to protect human rights. 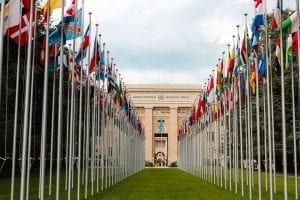 10. The General Assembly is the place to be.

The United Nations has all of the 193 member nations represented in its General Assembly. This is the main forum for decision making and every opinion counts.

Every year, an annual conference is held in New York at UN HQ, where members suggest targets, setbacks, and other challenges for the year ahead.

12. What’s discussed at the big meetings?

Subjects for consideration at the General Assembly are varied. War zones, climate change, economic concerns and healthcare issues are all examples of current affairs which may require attention. 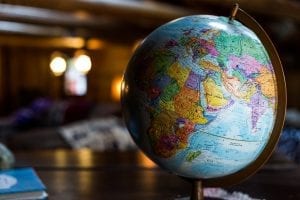 Every member has a say at the General Assembly. Taking turns to address the meeting, each leader of a nation is allocated 15 minutes to speak.

Sometimes, delegates speak beyond their allocated time, either accidentally or deliberately!

For example, at one such meeting, Cuban President Fidel Castro spoke continuously for four and a half hours!

15. The UN, collectively, has won the Nobel Peace Prize.

The UN is a Nobel Peace Prize winner, having received the award in 2001. However, did you know that they have also won an Oscar? They claimed the award for Best Documentary – Short Subject – back in 1947!

16. They help thousands of troops keep the peace. 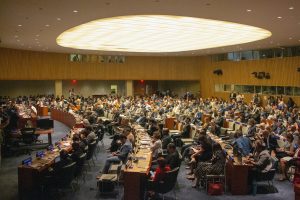 Delegates at the General Assembly are seated in alphabetical order.

18. No new countries have joined in over a decade.

South Sudan is the latest country to join the UN, as recently as 2011.

19. Children are supported by the UN.

The United Nations Children’s Emergency Fund provides swift financial aid to children in areas struck by sudden disaster. For example, these may include areas torn apart by war, or devastated by natural events such as storms and flooding. 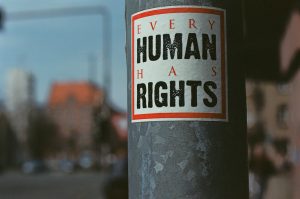 20. The World’s Bank offers a lot of support.

Part of the UN, known as the World’s Bank, focuses on economic trends and aiding countries in financial difficulty.

21. The League of Nations didn’t come to pass.

Following the First World War, US President Woodrow Wilson had the vision to form the League of Nations. However, the Second World War tore such attempts asunder.

Later, US President Franklin D Roosevelt worked to create a body of United Nations before the end of the Second World War, aiming to avoid such a repeat of global destruction.

22. The UNC was formed by four main bodies.

Russia, China, the United Kingdom, and the US were the first who pledged to work together to maintain peace. This came to create the United Nations Charter.

The entirety of the Charter, the official agreement that started it all, is around 8,778 words long. 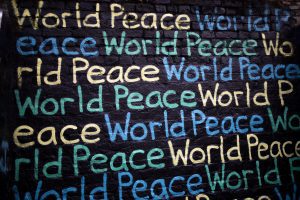 The UN has a firm goal to try and erase poverty by 2030. It’s part of a scheme to focus on sustainability for the planet, too, with dignity kept in clear focus. The next decade will prove to be pivotal.

There were, at the start of the UN’s inception, only 45 member states. This has grown massively over the years!

26. Keeping the peace doesn’t cost much.

The UN’s impressive peacekeeping forces actually require little funding. It’s said that they only make up around 0.5% of total spend on military forces worldwide!

The UN remains hugely important to the lives of millions of people. In fact, in the US, around 79% of people who vote believe that it is critically important. This, if nothing else, should give you a little bit of faith in humanity! 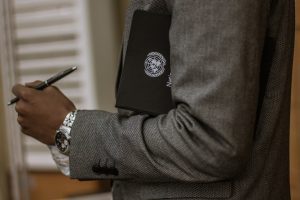 FAQs about The UN

How many countries are currently in the UN?

AAs of the time of writing, there are 193 states in the UN, but that’s not every country on the planet!

Which countries aren’t in the UN?

Right now, countries that aren’t in the UN include Kosovo, Palestine and Vatican City.

What’s the most powerful arm of the UN?

The UN Security Council is said to have the most power and sway.

Do you know any fun facts about the United Nations? Share them in the comments below!

This page was last modified on December 9, 2021. Suggest an edit