If you’ve read through any of our fact files in the past, you’ll know that Russia is a very big place indeed – with lots of intriguing history! However, beyond revolutions and changes in regime, you’ll find even more fascinating history out in the natural ridges of the Ural mountains. This extensive mountain range is certainly one of the most imposing on the entire planet – however, it’s immensely popular with photographers and winter sports enthusiasts!

Did you know that the Urals has its own language? What about the enormous amount of money the mountains’ transportation brings into the local economy? There is certainly more to the Urals than just rocky ridges and dizzy heights, and as always, we are here to fill you in with plenty of fascinating facts. Before you plan any kind of trip out to the Arctic ridges, be sure to clue up and find out more about the history and topography of the land. Keep reading – you won’t have to go too far!

1. The Urals cover lots of ground.

The Ural mountains are positioned between Russia, Siberia, and Kazakhstan. The mountain range extends from the north, at the Arctic Ocean, to the Ural River in the south.

The Ural mountains, often referred to as simply the ‘Urals’, extend 2,500 kilometers.

3. How tall are the Ural Mountains?

The highest peak in the Urals is Mount Narodnaya at 1,850 meters tall. 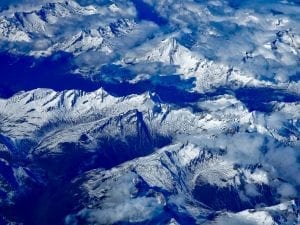 4. They make up a natural boundary.

The Ural mountains form a natural geographical boundary between Russia and Siberia, but the territorial boundary does not follow the same ‘measured’ markers.

5. They are famously wide, too.

The Ural mountains measure 200 kilometers at their widest point.

6. The Urals have been around for longer than we can measure.

The Ural mountains are 250 to 300 million years old. They are amongst the oldest mountainous features on the planet.

7. There are different Ural zones.

8. There’s gold in them hills!

The mountains have been mined for hundreds of years. As well as diamonds and other gems, the area is rich in coal, magnesium, aluminum, platinum, silver, gold, iron, and salt.

9. Part of the Urals is on the UNESCO list.

At 32,800 square kilometers, the forest area known as Virgin Komi is the largest of all woodland in the Urals, and even has a place on the UNESCO World Heritage List. 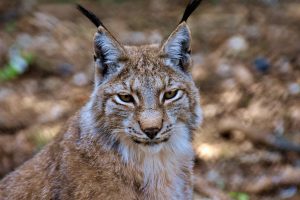 In 2001, UNESCO declared the Visim Nature Reserve to be a ‘Biosphere Reserve’.

It is thought that humans only came to inhabit the area approximately 75,000 years ago. This was known as the Paleolithic period.

The Ural mountains have many areas which are difficult to access – which has prohibited people from settling on large expanses of the region.

12. The Russians intended to use the Urals as a defensive wall.

During World War Two, the Russians devised a plan to retreat in an easterly direction in the event that the Nazis successfully invaded. The natural boundary of the mountainous ridge would have given protection in the form of shelter. It’s also thought the enemy will have struggled to traverse the ridge! 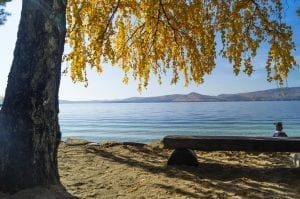 There are many lakes to be found in the Urals. Lake Turgoyak is one of the most picturesque bodies – it’s a really popular photography spot.

14. The climate here covers both extremes.

Due to the size and length of the Urals, the mountains experience Arctic weather in the far north and semi desert heat in the south of the range.

15. There’s a colossal river that runs through the range. 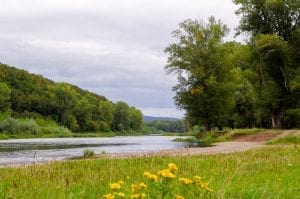 16. The official district is massive, too.

The Federal District of the Urals covers an area of 1.81 million square kilometers.

17. As you can imagine, public transport is crucial in the Urals.

Transport and communication links are vitally important in this vast area and the economy relies on the continuous maintenance of its road and rail networks.

18. The Ural Mountains make a lot of money! 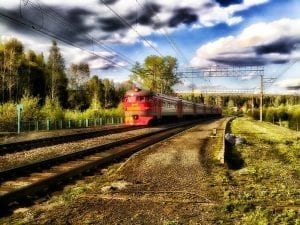 19. Do the Urals have a capital of sorts?

The hub of commercial activity for the Urals is the City of Yekaterinburg in the Province of Sverdlovsk.

20. There’s a popular airport out here.

Sverdlovsk has an award winning airport, bringing business travelers and tourists to the Urals.

Sverdlovsk also has a busy railway hub for the Urals, catering for commercial as well as tourist travelers.

The Sverdlovsk railway station handles 1,250 freight trains every day. The rail line from Sverdlovsk, running east to west, has a line length of 1,500 kilometers.

In 2016, construction began for a new road to create a transport corridor for the increasing volume of road transport for goods and services. The project is scheduled to be completed in 2030. It is called the ’Volga Transit Project’. 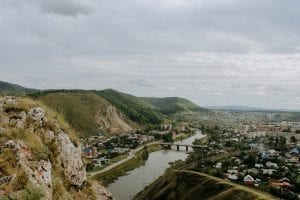 22. The air traffic here is immense.

Due to its volume of passenger and freight traffic, Koltovo Airport won ‘Best Cargo Airport’ in Russia’s Air Gateway Awards’. The airport was handling approximately 27.8 thousand tons of cargo per year at the time.

23. China and Russia connect through the Urals.

A joint venture between Russia and China called ’SWIFT’ saw the first trans-container Train launched in 2016. This project realized a plan to create an efficient way to transport goods from China to Western Europe via Yekaterinburg.

There are 90 kilometers of ski slopes along the Ural mountains.

The best known ski slope is called Magnitogorsk. The resort with the longest slopes is called ‘Zavjalika’ with 22 kilometers available to ski down. 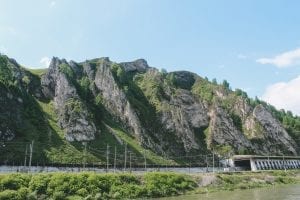 25. Some skiing isn’t for the faint of heart!

The highest ski slopes in the Urals reach 1,170 meters.

26. The Urals have their own language.

The word ‘Uralic’ pertains to the language/s spoken in the Urals but has origins spreading much further.

More than thirty languages can be included in the Uralic family, spreading from Finland through to Siberia, from Norway’s northern borders, to the Yenisei river!

27. What are some popular dishes in the mountains?

There are several traditional dishes eaten in the Urals. Skoblyanka is a well-known meal comprised of sliced meats with potatoes and mushrooms. The ratios of spices used vary according to taste. 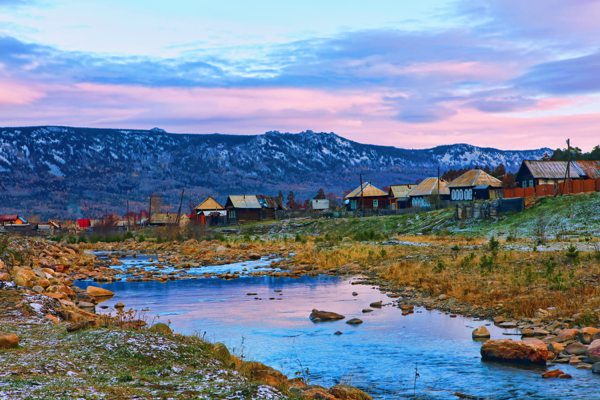 28. The Urals help in making vodka!

Quartz crystal from the Ural mountains is used as part of the filtration system used to produce Russian ‘Imperia Vodka’.

FAQs about The Ural Mountains

What Russian city is closest to the Urals?

The Russian city of Yekaterinburg is closest to the Ural Mountains, and is over 1,000 miles away from Moscow.

How did the Ural Mountains first form?

It’s thought that the Ural Mountains came into being after two ancient continents collided - they are referred to as Kazakhstania and Euramerica.

Are the Urals the oldest mountains on Earth?

While the Ural Mountains are ancient, it’s thought that the Barberton Greenstone mountains, in South Africa, are billions of years old!

Do you know any fun facts about the Ural Mountains? Share them in the comments below!