The White House, as you may well know, is the official residence of the sitting US President. It’s also where the vast majority of important US political business takes place.

The President will often live with their family here – it’s often referred to as the ‘Executive Mansion’, and it’s one of the most iconic and best-protected buildings in the US. But how much do you really know? Here are a few fun facts about the White House

1. Thousands of people come and go here each day.

The White House reportedly receives up to 6,000 people coming in and out each day. That’s staff, officials, and more besides. It’s hardly a quiet residence!

The House has its own bowling lane and its own cinema on-site.

3. The House was under construction in the late 18th century.

Work on building the House first took place in 1792. However, it has seen major renovations take place over the years, as well as a few licks of paint. 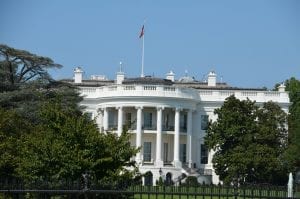 Speaking of paint, it will likely take around 570 gallons of pure white paint to cover the whole of the building.

There are 132 rooms in the White House, and it’s rumoured to be worth around $400 million. Just in case you were in the market!

6. The building of the House is historically controversial.

The White House was – controversially – built by slaves and immigrants. Of course, this was long before Abraham Lincoln abolished slavery during his tenure as President.

7. Tom Hanks helped to make a big change at the White House.

The Press Room at the White House went without a coffee machine until 2004. The actor Tom Hanks was so stunned that it didn’t have at least an espresso machine that he has continued to buy and replace machines for the Press Room ever since.

The White House is bigger than it looks. There are over six levels, and it takes up around 55,000 square feet of land.

The White House is fiercely guarded. Former US President Harry S Truman revealed he saw the property as a ‘glamorous prison’, given the fact that everyone on site is followed by security. 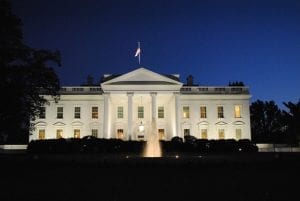 10. You can visit the White House.

The House is actually open to the public, at least to some extent. It’s the only private dwelling, owned by a head of state, that people can visit. Of course, private areas of the House are strictly off-limits.

11. The White House has ramps for a reason.

Franklin D Roosevelt, who famously spent much of his Presidency wheelchair-bound, ensured that the White House was to be made accessible to him. This means that, without FDR, the House could have gone decades without ramps and lifts.

The President doesn’t get everything for free. The Commander in Chief and their family largely have to pay for food, party staff and make-up themselves.

There are around 28 different fireplaces in the White House. It’s warmer than it looks! 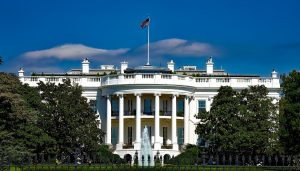 14. Some Presidents never lived there.

George Washington used the White House for official business, but never actually lived there. John Adams was actually the first live-in President at the turn of the 19th century.

UK Prime Minister Winston Churchill claimed that Abraham Lincoln’s ghost haunts the White House. He reported that the deceased President caught him unawares in a bathroom!

FAQs about The White House

Does the President sleep in the White House?

Technically, the President can sleep in the White House - but not all have done so.

How many bathrooms are there in the White House?

Weirdly, there are around 35 different bathrooms across the entirety of the White House!

Do staff live in the White House?

This used to be the case - however, the executive residence hasn’t been used for staffers for some time.

Do you know any interesting facts about The White House?  Share them in the comments below!

This page was last modified on October 4, 2021. Suggest an edit