Even if you’re not much of a sports fan, there’s something special about the Winter Olympics. The combination of athletes preparing for years to give the performance of a lifetime, the patriotic sentiment when you see your national flag, feeling all proud seeing your representative standing on the pedestal, and on top of that, the snow, feels just like icing on the Olympics cake!

Want to feel a little bit of that winter magic? Then you’ll most likely enjoy these 30 fun facts about the Winter Olympics…

1. It all started in France…

The competitions at the 1st Winter Olympics were held at the base of the famous Mont Blanc and Haute-Savoie between the 25th of January and the 5th of February.

5. It’s not just about skiing

There were in fact a total of 16 sporting events in the 1924 Winter Olympics. 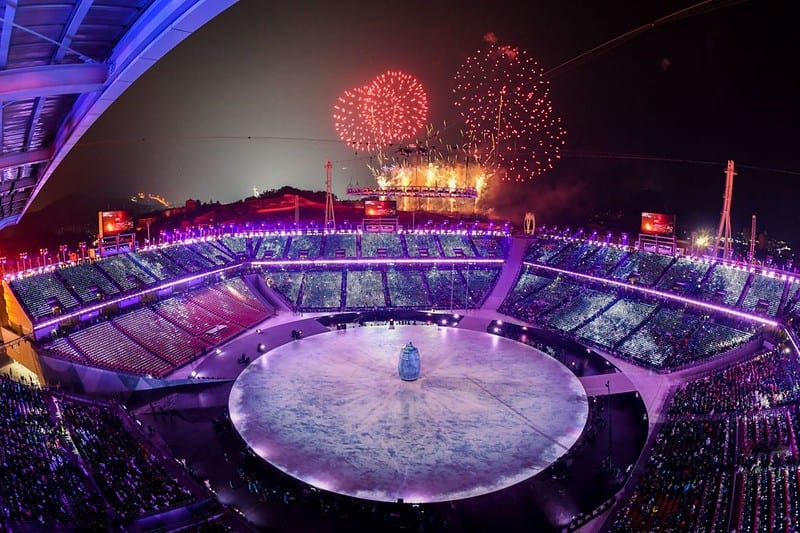 Today, there are 15 main Winter Olympic sports, but there are multiple events within each sport’s category.

In 1932 the dog-sled racing was a demonstration sport at the Lake Placid Winter Olympics, N.Y. There were 12 humans and 72 dogs and a Canadian won the gold.

Norway is the country that claims victory with winning the most Winter Olympic medals.

9. Taking part is the most important thing…isn’t it?

In the last 100 years, Norway has won an incredible 329 Winter Olympics medals. In second place is the USA, with 282.  Norway’s dominance was in cross-country skiing, which accounts for 107 of its medals.

In 1998, the Winter Olympics held in Nagano, Japan were disrupted because of too much snow!

The host country always designs the Olympic medals and they usually represent the cultural elements of the country.

The medals for the 2018 Winter Olympics were created by the famous South Korean designer Lee Suk-woo, who incorporated Hangeul – the Korean alphabet and the foundation of Korean culture – into their design.

Did you know, the torch runners don’t actually pass the Olympic torch they’re carrying. Only the flame is passed around. The runners are allowed to keep their torch. What an amazing souvenir! 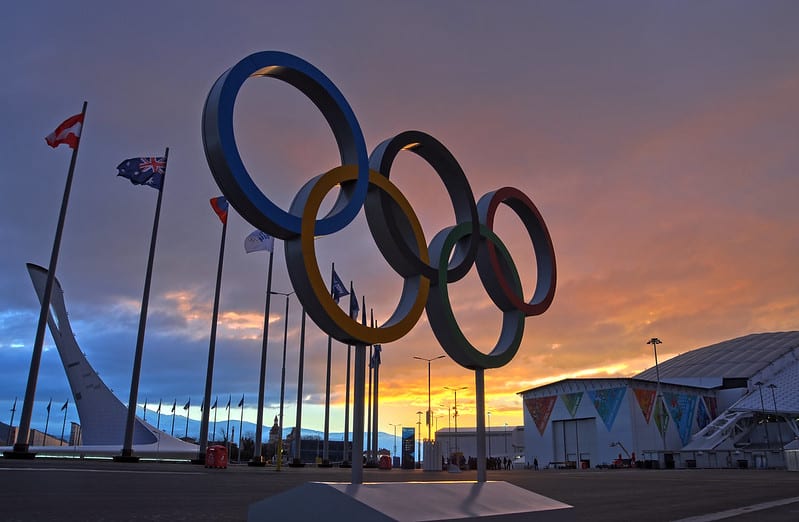 The bobsled contestants don’t talk during a race.

Each of the five participating continents are symbolized through the five rings on the Olympic flag.  The rings are intersected to represent the friendships created during international competitions.

The Olympic flag comprises of 5 colors; blue, yellow, black, green and red. These were chosen because every country in the world’s flag includes at least one of these colors. 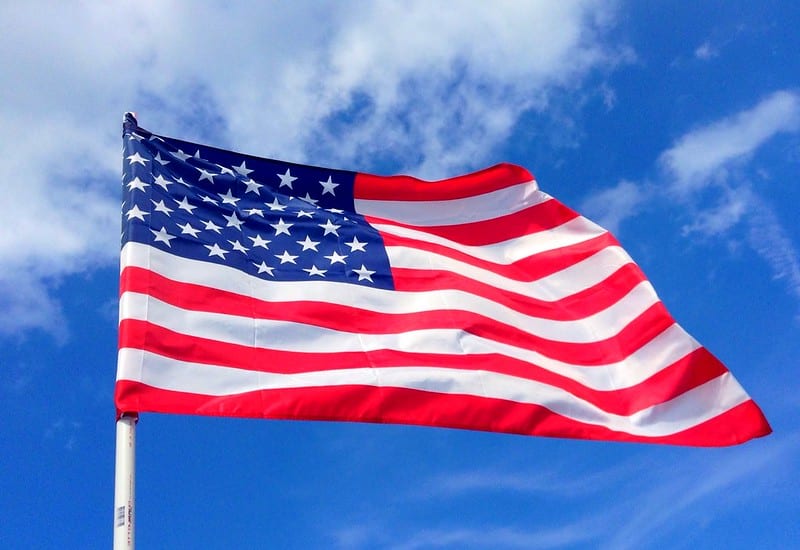 The only country that has won at least one gold medal in every Winter Olympics is the USA.

Great Britain has won just one gold medal at the Winter Olympics, however their best medal total is four, both at Chamonix in 1924 and Sochi 2014. 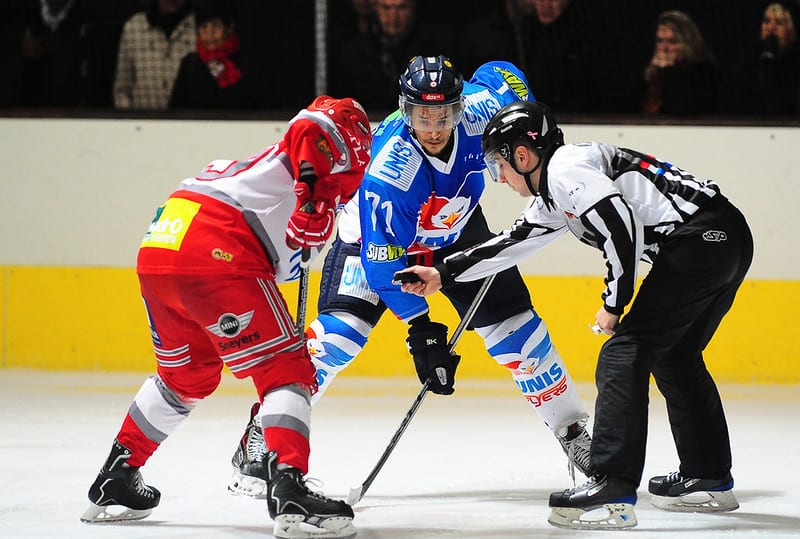 No southern hemisphere country has ever even applied to host the Winter Olympics.

However, they got it right with Figure skating and ice hockey which both first appeared at the 1924 Winter Games in Chamonix, France. 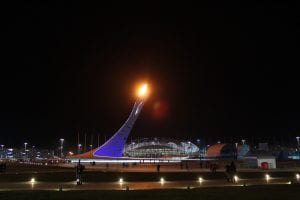 Yes, not one, but two men’s hockey teams from the United States arrived at the 1948 St. Moritz Winter Olympic Games, supported by rival hockey associations.

Walt Disney helped pull together the 1960 Games at Squaw Valley, Lake Tahoe. Squaw Valley was totally unprepared to host the Games, so they called Disney to do the opening and closing ceremonies. He brought in more than 5,000 people to help him out.

In 1956, 1960, and 1964, West and East Germany competed together as the Unified Team of Germany in both the Winter and Summer Olympic Games.

With a severe lack of snow at Innsbruck threatening the 1964 Winter Games, the Austrian army was called upon to carry more than 50,000 cubic yards of snow down to the ski slopes from the nearby snow-capped mountains. 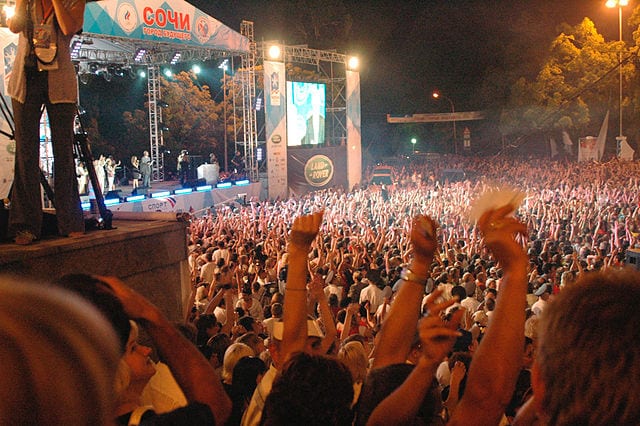 It was in 1980 at Lake Placid, New York, that artificial snow was used for the first time at the Winter Olympics.

The 2014 Sochi Olympics were the most expensive Games ever hosted – summer or winter – costing a staggering $51 billion.

The most recent Winter Olympics were held in 2018 in Pyeongchang, South Korea. After previous failed attempts, the city beat Munich, Germany, and Annecy, France.

FAQs about the Winter Olympics

How many times has China hosted the Winter Olympic Games?

2022 is the first time that China has ever held the Winter Olympic Games! They also play host the Paralympic Games in Beijing.

How often do the Winter Olympics take place?

As with the Summer Games, the Winter Games take place once every four years.

Were the Winter and Summer Games held in the same year?

Do you know any fun facts about the Winter Olympics? Share them in the comments below!

And if enjoy sporting events, check out these facts about the Olympics