Tibet is well-known for its incredible natural beauty and its rich Buddhist history – it has come under some controversy over the years with regard to its relationship with China, however, Tibet remains a mountainous, truly breath-taking region well worth enjoying. Here are some fun facts about Tibet that might just impress you.

Known as the rooftop of the world, the stunning Himalayas mountain range acts as a huge contrast to lush forests and desert areas. It’s a mountainous region quite like no other!

2. Ever been to an oxygen bar?

Due to the high altitude of much of Tibet, travelers sometimes have difficulty acclimatizing. Luxury hotels feature ‘Oxygen Bars’ to make guests more comfortable!

3. Fancy camping high up in the heavens?

The highest mountain in the world, Everest, is located here, with a base camp situated at 5,200 meters! 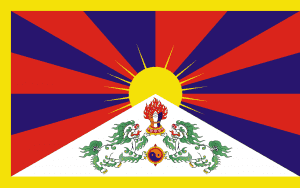 4. A lot is exported out of Tibet!

Lhasa University is the educational core of Tibet and welcomes foreign students.
Popular subjects of study are the Tibetan language, music, fine art, and culture.

In the 1950s, Tibet was fairly isolated – hence why it is so fascinating historically!

Tibetan monasteries still have a role in education as well as religious support and guidance. Traditionally they taught math, sciences, reading, and writing. Today, visitors are attracted to them as places of spiritual meaning and cultural influence.

Two prominent world heritage sites are situated in Lhasa. They are the Norbulingka and the Potala Palace. They are both best known for being residences of the Dalai Lama. 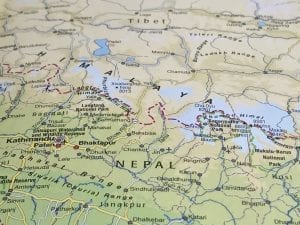 Tibet has a plethora of natural mineral deposits. There are gold fields, plots of iron and lead, as well as titanium and arsenic.

Tibet became a part of the People’s Republic of China in the 1950s. However, this move has always proven to be very controversial.

TAR refers to the Tibet Autonomous Region. You may see it referred to when people discuss Tibet in general. 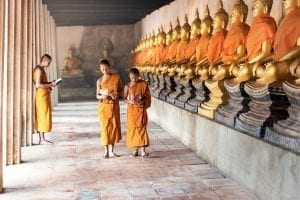 13. Most people in Tibet are Buddhist.

Tibet is overwhelmingly a Buddhist country. A small percentage of 0.4% of its population are Roman Catholics with even fewer Muslims.12% of the current population are devout followers of Bon. Bon is the name of the religious precursor to Buddhism – this ancient religion is still keenly followed!

15. What’s the capital city of Tibet? 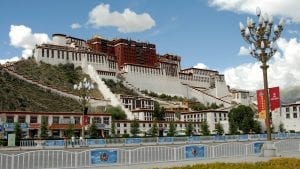 16. Water comes down a long way from Tibet’s peaks.

Believe it or not, up to 47% of people in the world are entirely dependent on Tibet’s freshwater supply – amazing!

17. Visiting at the start of the year isn’t always easy.

Tibet closes its borders, generally, across January and February. That’s because this is when the country and its citizens generally celebrate new year. 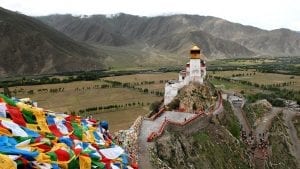 Where is the Dalai Lama based?

The legendary Dalai Lama is based in Dharamshala in Tibet, albeit in a state of exile.

Does Tibet belong to China now?

It’s a contentious issue. Tibet is technically under the occupation of China, however, many continue to dispute the legality of the ownership.

Who rules over Tibet?

Officially, it’s stated that Tibet is overseen by China - but this has been a point of contention for many years.

Do you know any fun facts about Tibet? Share them in the comments below!